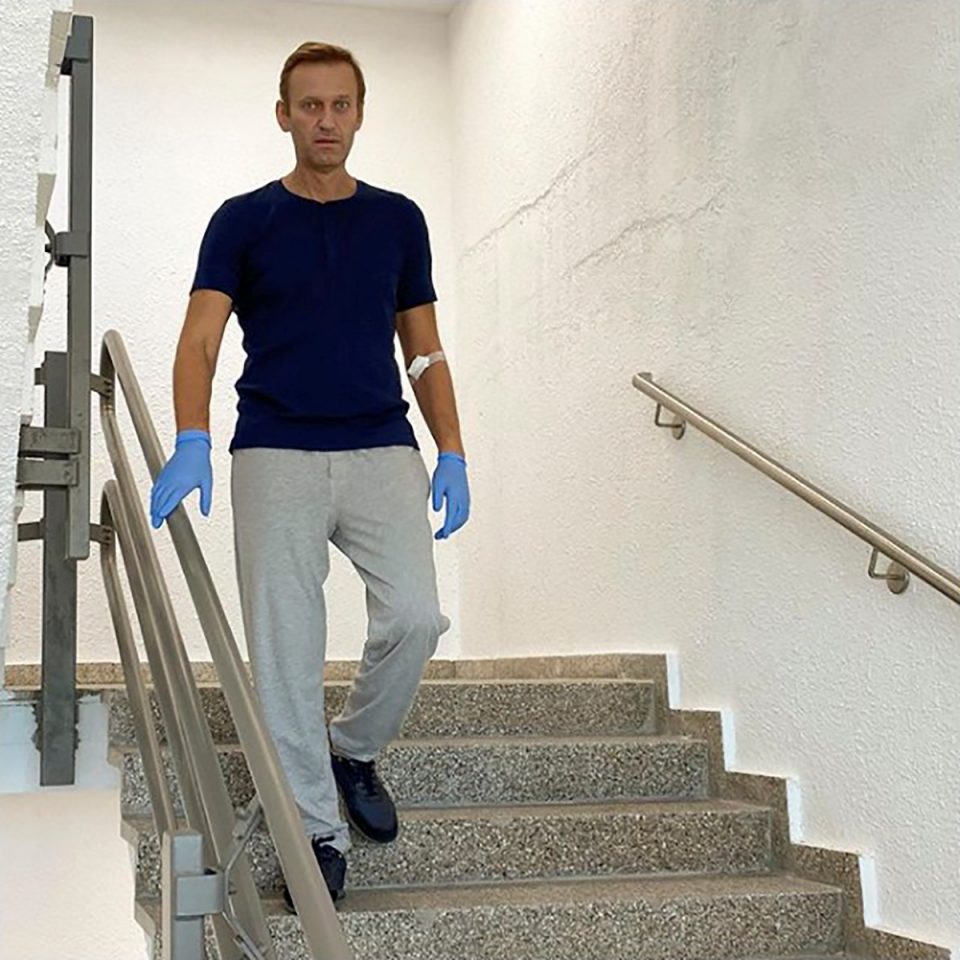 Russian opposition politician Alexei Navalny was seen walking down the stairs in a photo posted on his Instagram feed on Saturday, five days after a Berlin hospital said he had been taken off a ventilator and could breathe independently.

Navalny, the leading opponent of Russian President Vladimir Putin, fell ill in Siberia last month and was airlifted to Berlin. Germany says laboratory tests in three countries have determined he was poisoned with a Novichok nerve agent, and Western governments have demanded an explanation from Russia.

“Let me tell how my recovery is going. It is already a clear path although a long one,” Navalny wrote.

Navalny said in the Instagram update he still could not use his phone and had difficulties trying to pour water into his glass or climbing stairs because his legs trembled.

“There are many problems yet to be solved but amazing doctors from the Charite hospital have solved the main one,” the post said.

“They turned me from a ‘technically alive human being’ into someone who has high chances to become… a man who can quickly scroll Instagram and understands without thinking where to put his likes.”