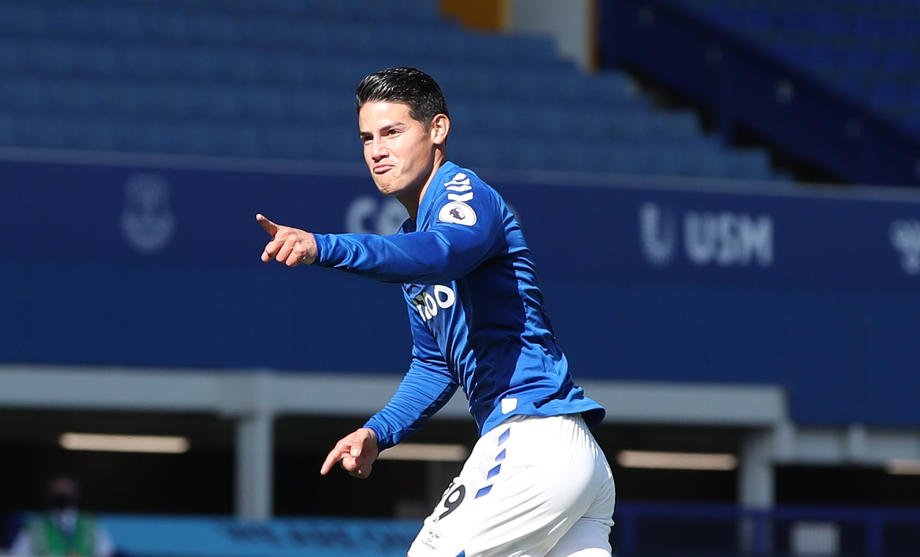 West Brom started brightly and opened the scoring through Grady Diangana, his first Premier League goal, but when Calvert-Lewin equalised after an intervention from the Video Assistant Referee, Everton took control.

Just before halftime Rodriguez put Everton ahead from the edge of the box with a finish full of quality, and shortly afterwards was pushed in the face by defender Kieran Gibbs, who received a deserved red card.

Combustible West Brom manager Slaven Bilic was also red-carded by referee Mike Dean as he remonstrated with the official at the break.

The Baggies bagged a superb equaliser from Matheus Pereira’s 30-yard free-kick shortly after the restart, but the Toffees’ greater quality against 10 men then saw them surge ahead.

Michael Keane put them in front from close range before Calvert-Lewin took his tally for the season to four in two games as he netted two more to complete his first hat-trick for the Merseyside club.

Everton appeared sloppy at times compared with their 1-0 win at Tottenham Hotspur in their season opener. But their improvement from last season continues to be dramatic, while for West Brom eight goals conceded in two games shows the measure of their task in the Premier League.