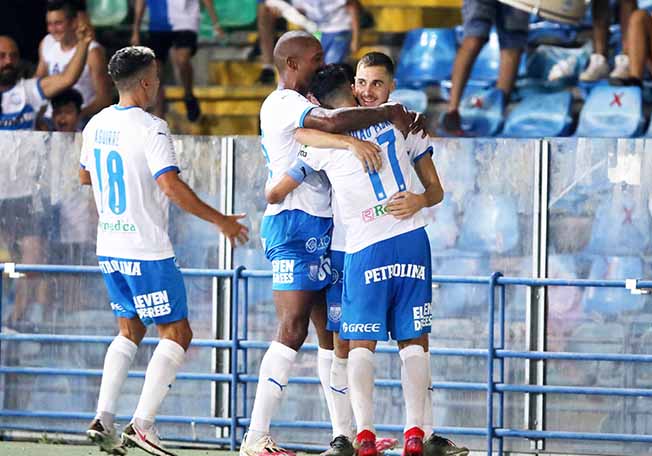 Two games stand out this weekend in Round 4 of the Cyprus football championship, the Omonia v AEK clash in Nicosia and the battle between two teams currently at the top of the league, Anorthosis and Apollon, at the Antonis Papadopoulos in Larnaca.

In the other games, Pafos FC and AEL are at home to Ethnikos Achnas and Karmiotissa respectively, while a resurgent Apoel travel to Paralimni to face Enosis.
The final game of the round takes place on Monday between Doxa Katokopias and Nea Salamina.

Omonia coach Henning Berg’s biggest task for Sunday’s game against AEK is to try and bring his players back to the realities of Cyprus football, following their midweek triumph against Red Star Belgrade, if they are to get maximum points against AEK, a well-organised team that rarely gives the ball away.

Berg will almost certainly rotate his team and rest a number of his key players following their 120-minute Wednesday night marathon.
Berg did this before and after his team’s last European game, giving a number of youngsters the chance to shine.

However, Omonia’s performances in the league so far have been far from impressive, recording just one fortuitous win and two draws. Against AEK his players need to show the same kind of resolve and resilience they showed in European games.
Berg will be hoping that the 7,000 or so fans expected to turn up at the GSP stadium will push his team to their second league win of the season.

AEK coach David Caneda was full of praise for Omonia during his pre-game press conference, saying that they play the best football in Cyprus.
As he did under similar conditions when they played (and defeated) Apoel a few weeks ago, he played down the prospect of the Omonia players feeling tired.

In the other big weekend game Anorthosis face fellow championship contenders Apollon in what is expected to be a closely-fought match.

Timour Ketsbaia will have his most recent signings, Israeli midfield maestro Micha as well as Georgian attacker Giorgi Kvilitaia available for selection while Costakis Artymatas has fully recovered from his niggling injury.

Despite all their attacking prowess, in recent years Apollon shipped too many soft goals but this season their defence has tightened up with Yuste, Roberge and Scalai providing an almost impenetrable wall in front of their goal.

If Apollon’s defence can contain the home side’s attacks they stand a very good chance of leaving the Antonis Papadopoulos stadium with the three points.

Apoel got off to their worst league start in more than two decades but in their last couple of games, against AEL and Kaysar (in Europe) they showed a completely new face, helped by the seven new additions they made during the international break.
They should prove too strong for Enosis who remain the only club without a point so far.

An intriguing game will take place in Limassol between two teams that have shown a lot of promise in their early games, AEL and Karmiotissa.
Both are well-drilled teams who play simple and direct football.
AEL are the favourites but as Karmiotissa showed against three of the top six teams, they played against so far (Apoel, Omonia and AEK) they will prove to be a tough customer.

In the final weekend game Pafos FC should finally be able to record their first win against Ethnikos Achnas and move away from the low position they currently occupy.