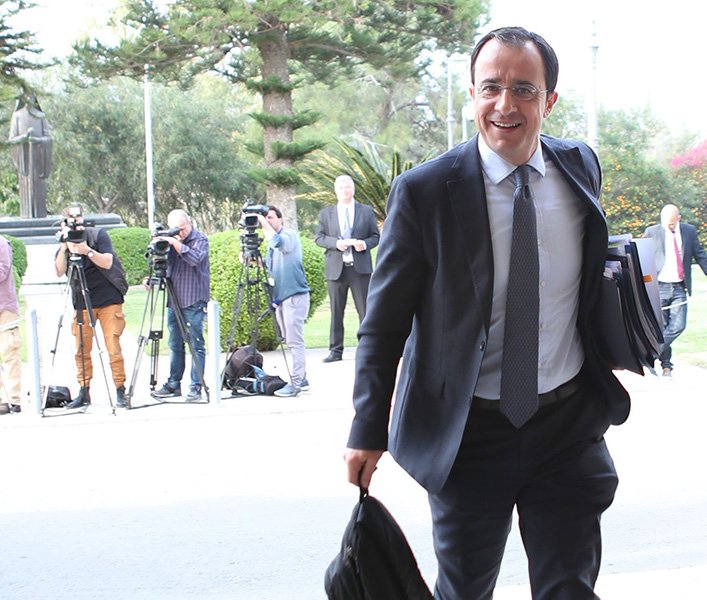 Turkey is choosing to escalate tensions in Cyprus, Foreign Minister Nicos Christodoulides said on Sunday, calling for EU sanctions to be imposed straight away.

Turkey’s Navtex covering the area had expired but it was renewed at the end of last week until October 12.

“This shows clear intentions, especially at a time when there is an initiative to end its illegal actions in the EEZ of Cyprus. It is therefore clear that in the case of Cyprus, it chooses further escalation, in contrast to what happens in the case of Oruc Reis,” Christodoulides said.

The Oruc Reis was in waters off Greece but has been sent back to Turkey. Ankara, however, has said as soon as maintenance work has been completed it could be sent back.

Turkish Preisdent Recep Tayyip Erdogan on Twitter appeared to be giving diplomacy a chance. “By heeding every sincere call, we intend to give diplomacy as much space as possible, and to solve the problems that everyone can win through dialogue. With this vision, we will continue to defend every drop of water and area of our country to the end,” he said.

“There needs to be decisive action as regards the situation, we shouldn’t downgrade it and the EU should send a solid message to Turkey that it remains united in addressing Ankara’s illegal activities,” Defence Minister Charalambos Petrides said on Sunday speaking at a memorial service.

He added that countries considered Cyprus’ friends, such as Russia and the US, with their foreign ministers’ recent visits to the island, as well as the recent MED7 Summit, demonstrated their full support and solidarity to Cyprus and to the exercise of its sovereign rights.

Regarding the European Council meeting on September 24 and 25, Christodoulides said regarding the issue of sanctions there are two options: “The first regards Turkey’s illegal actions on Cyprus, which continue. For this there was a political decision taken in 2019 and there is also the relevant legal framework for targeted measures against those involved in these illegal actions”.

Christodoulides leaves Sunday for the Foreign Affairs Council meeting in Brussels on Monday during which High Representative of the European Union Josep Borrell will brief the Ministers on the latest developments regarding Turkey.

Regarding Cyprus talks, Christodoulides said the government is willing to re-engage in talks at the point they broke off in Crans-Montana in 2017 but talks need to go ahead under the right environment.

Behind the voices – celebrities collection

Mother says will sue priest for rough handling during christening