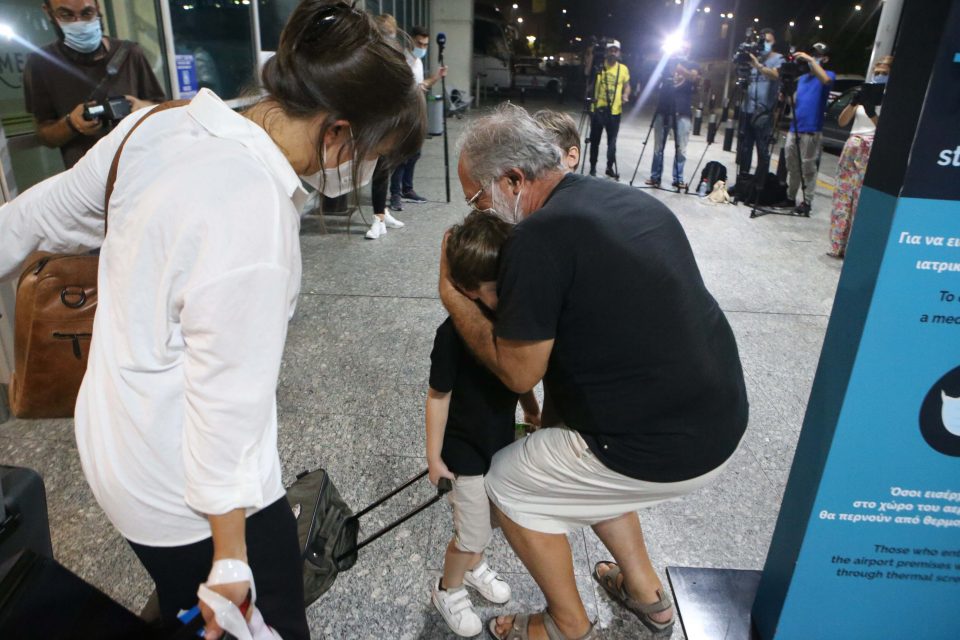 For the small Cypriot community of Lebanon, the deadly blast on August 4 was a tipping point. Dozens of them chose to be evacuated on the flights from Lebanon to Cyprus in the aftermath of the disaster, but for others the ties to Beirut were too tight. They chose to stay.

For some of them, of course, it wasn’t the first tragedy they had witnessed in Lebanon through the decades.

“I had to be evacuated in 2006 during the war between Lebanon and Israel. I boarded the ship from the port of Beirut with my newborn daughter as mortars whizzed by,” recalled Diana Aghnatios, a Lebanese-Cypriot who still lives in Beirut with her three daughters and her husband.

“We wanted to leave after the explosion at first. My mother is Cypriot, and all my uncles live in Cyprus. However, it is not easy to leave. Our money is stuck in the banks because of the current economic situation,” she told the Cyprus Mail.

The August 4 explosion at Beirut port killed about 190 people, injured 6,000 and ruined swathes of Beirut.

Four Cypriots were also reported injured. Among them was the Cyprus consul in Lebanon, Eleni Papanicolaou who was badly injured and is now slowly recuperating in Cyprus.

The Cypriot ambassador to Lebanon, Panicos Kyriacou, told the Cyprus Mail that around 2000 Cypriots live in Beirut.

“Roughly 95 per cent of them hold a double nationality. Their parents are either of Lebanese, Palestinian or Armenian origins. While 40-50 people are Cypriots who are married to Lebanese and have decided to live in Beirut.”

After the explosion, the Cypriot embassy organised a repatriation flight on August 6. On board were 51 passengers, all Cyprus nationals.

For Aghnatios, born and raised in Beirut, money was not the only obstacle that prevented her from leaving.

“I was brought up in Beirut, I have family and friends here. It was never easy to leave. Even in 2006, we decided to come back to Lebanon after the war. My memories, my friends, the neighborhoods I grew up in are all here. I love Lebanon as much as I love Cyprus.”

More than a month after the disaster, she reflects on her years spent in Beirut “I have lived through a lot here, consecutive clashes, wars. Will it ever stop? I do not know. This time our home was damaged but luckily we were away. But when I see what happened to some friends and people who lost their lives, I thank God that my family is safe.”

One of the few remaining Cypriots in Beirut, she says she no longer knows how much longer she can endure.

A few kilometres away from Aghnatios apartment, lies the home of Reina Kyriacou a Cypriot doctor in her early sixties. Reina is married to a Lebanese man and has been living in Beirut since 1991, a year after the civil war ended.

But way before the 30 years she spent in Lebanon, Reina’s personal tragedy started in 1974, in Cyprus. Today she looks upon Nicosia and Beirut through the same eyes, and with a sharp memory that connects the two cities.

“It was the August 15, 1974. My dad woke us up early in the morning rushed us to the car and we left in such a hurry leaving everything behind. We took nothing. My mum left wearing her flip-flops. Everything changed after that day for me. I lost my house, my childhood memories and my belongings. I was a child I could not understand why.”

But the traumatic experience meant it was easier to leave Cyprus for Beirut when she got married.

“Because after we lost our house, that place that I belonged to, my address. Nothing seemed to make sense anymore.”

In August, Reina’s home was one of 300,000 houses that were damaged by the explosion. Located at the heart of the Lebanese capital, a few kilometres away from the port, none of the windows of her apartment remained in place. Her daughter was miraculously unscathed.

“This time in 2020, the day of the explosion. I was not thinking of the house nor anything I owned! You know when you grow old you get used to letting go of things and places… my only fear was for my daughter’s safety I could not reach her immediately after the blast. I had the same fear my father had for me in 1974,” she said.

“My son’s house was severely damaged as well, but luckily he and his wife were unharmed.”

Her daughter, Rolande El Imad is a university student in Cyprus, but was in Beirut for the summer. After her lucky escape, she left within days of the explosion, terrified by what she had gone through.

But Kyriacou refuses to leave.

“I have remained here when clashes erupted from time to time in the last decades, I stayed during the 2006 war but sent my kids away. Now I will be the last to leave. I am a doctor, I will not turn my back on people just because they are unfortunate. I am not that kind of person.”

The Beirut explosion that was felt in Cyprus from Larnaca to Nicosia, connected Reina with her past.

“I got a Facebook message from a friend, I had not seen since 1975. She was our neighbour in Cyprus before 1974. I was very moved as she asked: ‘Are you okay?’”

But the experience has clearly shaken Kyriacou.

“Today I cry every time I drive through the streets of Beirut. It was such a beautiful city just a few weeks ago. Almost nothing is left. Why did this happen? It is unforgettable, unforgivable.

“Ever since 1974 it seems that every place that I love is meant to be destroyed.”