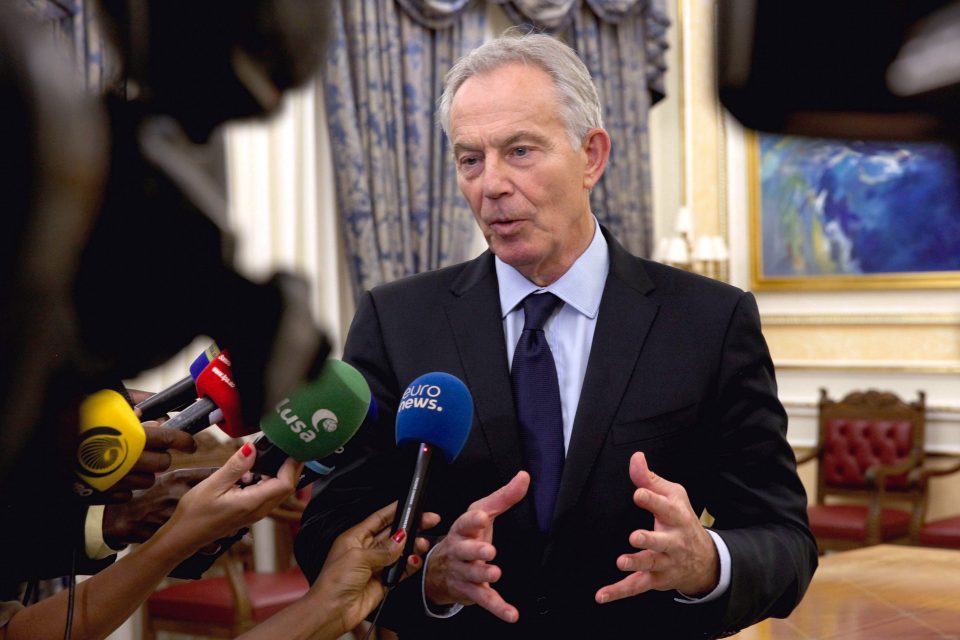 Before Brexit, Tony Blair opined that it was not possible to get Brexit done and keep intact the 1998 Good Friday Agreement that brought peace to Northern Ireland. He argued that it would not be possible to keep an open seamless border between the Republic of Ireland and Northern Ireland after the UK left the European Economic Area – primarily because the EU would not buy into it rather than that the UK would impose a hard border in breach of Good Friday.

He now claims Britain would be acting in violation of international law if parliament passes legislation enabling ministers to make regulations that override EU law contrary to the Northern Ireland protocol attached to the EU-UK withdrawal agreement. Boris Johnson for his part claimed, in answer to a question from Labour’s Hilary Benn in committee last week, that the EU was not negotiating in good faith – though he was driven to concede he may be mistaken.

Blair’s pronouncements and those of other has-beens and fellow travellers do not factor into the equation that the EU itself may not be entirely innocent. They assume the British are the bad guys and that the EU is full of the milk of human kindness.

Nothing could be further from the truth and if you do not believe this ask Yiannis Varoufakis, Greece’s hapless former finance minister who had to negotiate financial assistance from the EU in Greece’s hour of need in 2015. Or better still read his book Adults in the Room: My battle with Europe’s Deep Establishment.

More to the point, however, if I were Tony Blair I would keep my mouth shut about acting in breach of international law. His decision in 2003 to support America’s war in support of regime change in Iraq without UN Security Council authorisation pretending it was in self defence was the international law violation of the century. It was brazen, caused the death of thousands of innocent people, and destabilised an entire region for generations – and for what exactly?

The present UK government’s mild proposal to legislate so as to be able to side step EU law in Northern Ireland if the EU negotiates in bad faith or changes EU law, pales into insignificance compared to the unlawful use of force in Iraq for which Blair was primarily responsible and for which he remains unapologetic.

The way legislation empowers government in the UK is that often a government minister is given power by an enabling Act of Parliament to make regulations to carry out policy or to deal with contingencies or both. In extreme cases ministers are even given powers to amend or repeal Acts of Parliament and when this happens they are called ‘Henry VIII’ clauses because King Henry introduced the Statute of Proclamations in 1539 under which he arrogated power to himself to bypass parliament and make or repeal laws without legislative approval.

Boris Johnson and his government have taken ‘Henry VIII’ clauses a mild step forward by proposing legislation that authorises a minister of the government by regulation to change or override a treaty, which is not as extreme as it sounds, and is in any case subject to judicial review.

The American president has a similar power to bypass Congress by executive order, which we witnessed with a cringe a number of times during Donald Trump’s presidency when the Donald scribbles his mega signature on executive orders that he then holds up to show off his muscular handiwork – if his signature is anything to go by it speaks volumes about his huge yet fragile ego.

Most opponents of the proposed law on the UK internal market have not read it, let alone understood that sometimes legislation is passed contingently. As the Scottish law officer, Lord Keen QC, said in the House of Lords before he resigned, passing enabling legislation would not breach international law. He resigned shortly afterwards on the grounds that as law officer he could not support the policy the government had in mind behind some of the clauses in the proposed law. The legal arguments are obtuse, but that does not mean that people cannot understand the common sense behind having legislative contingency plans.

Once the law is passed it would enable a minister to adjust UK law and override EU law if necessary. The contingencies for which the UK government makes provision are three: changes in EU law brought about by new treaties, regulations and directives since conclusion of the Northern Ireland protocol; changes in EU law brought about by rulings from the Court of Justice; and bad faith on the part of the EU.

If the EU is not performing its obligations in good faith in material breach of the Withdrawal Agreement and the Northern Ireland Protocol, or fundamental changes in EU law occur, the UK could in accordance with the law of treaties suspend parts of the Northern Ireland protocol.

The UK agreed the protocol on the basis of the applicable EU law as it stood in December 2019 shortly before Brexit, not what it might become after Britain left the EU not foreseen by the parties when the protocol was concluded.

Ultimately, it is a matter of political judgement if the EU is negotiating in good faith. The important point, however, is that in the end when the government tables the regulations it will be for the UK Parliament not the EU to decide whether to override EU law and the reasons therefor – which is as it should be.