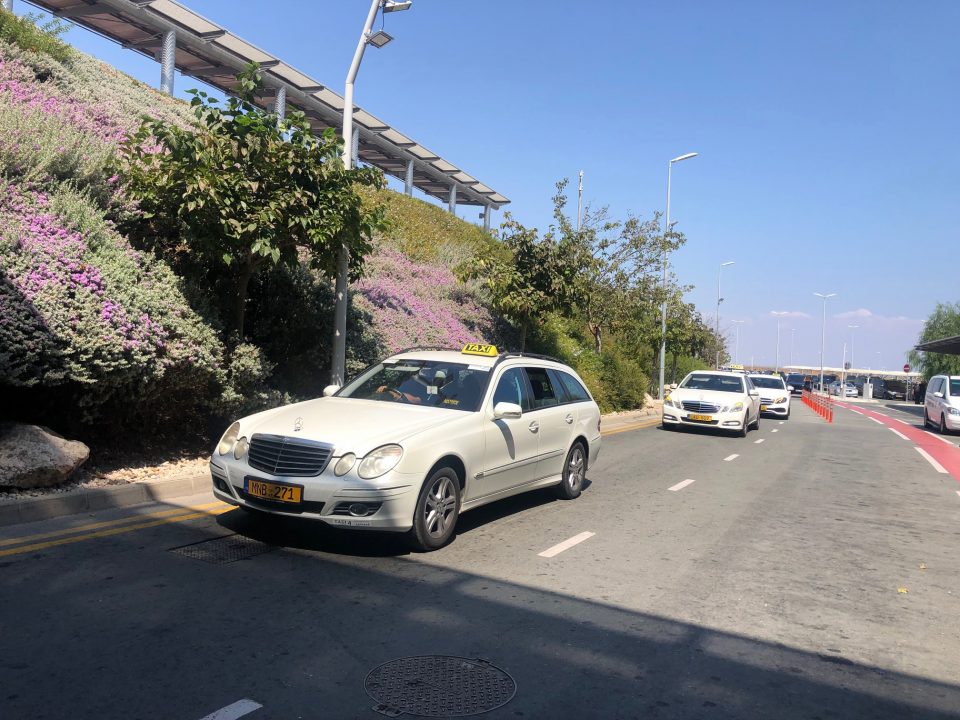 Larnaca airport taxi drivers began an indefinite strike on Monday over the transport ministry’s decision to change the way they worked but suspended the action later in the day following an intervention by transport minister Yiannis Karousos.

Drivers blocked the roundabout outside the airport briefly after the licensing authority decided to abolish the current system in which taxis are divided into short and long-haul groups.

“For 40 years now, taxi drivers work with a particular system … with taxis separated into two shifts doing long haul trips and trips inside the town,” their representative Kyriacos Shiakallis said.

Now, the licensing authority wants them to take a number and wait in queue to take customers anywhere they wish.

“This way, taxi drivers will work from seven in the morning until the same time the next day without being able to go home for food and rest, something we consider unacceptable,” he said.

Shiakallis suggested no driver could work the particular system and make a living; drivers did not make more money currently but the hours they worked were fewer and they were more relaxed.

The taxi drivers decided to go back to work under the old system for now and agreed to meet Wednesday with the relevant authorities to discuss the proposed changes.

Coronavirus: Vaccination of 12 to 15-year-olds to start from Monday (updated)