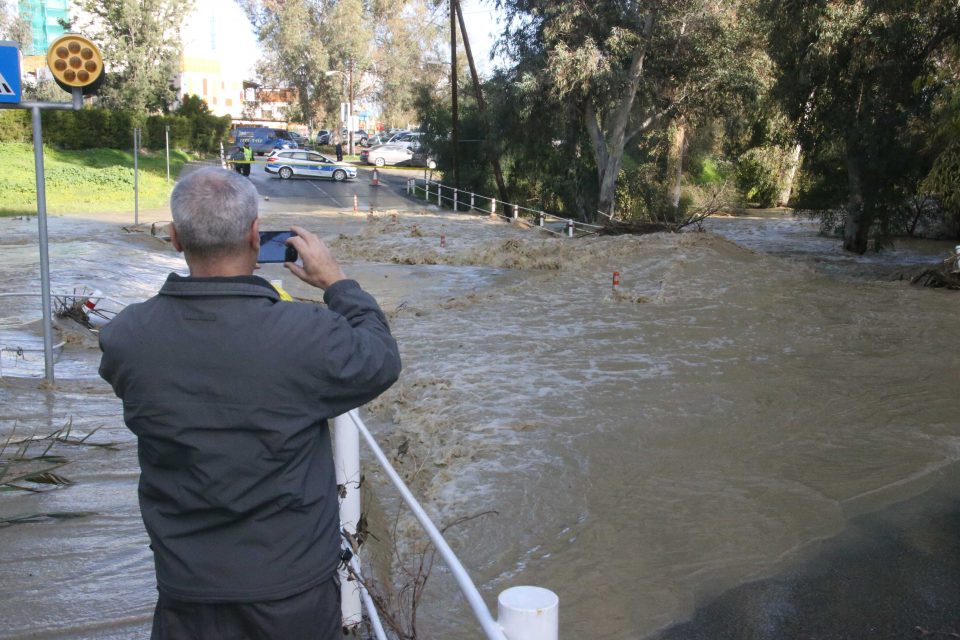 File photo of flooding in the area

A proposed four-lane road and a bridge passing over the Prodromos linear park to reduce flooding and traffic has proved increasingly divisive.

The project, set to cost about €22m aims to reduce traffic by connecting Strovolos Avenue with Vosporou and Archangelou, by the K-Cineplex traffic lights.

The bridge on Alexandroupoleos street, behind Strovolos municipality, has been a seasonal headache for authorities as it is prone to flooding. Most years, the road is closed after heavy rains render the area inaccessible.

But Strovolos Mayor Andreas Papacharalambous is caught in the middle of a tricky situation: whatever the outcome, certain groups will not be satisfied.

The main sticking points are environmental concerns and nimbyism, or rather, people saying: “not in my back yard”.

Papacharalambous emphasised that the city council is still awaiting the results of the environmental assessment study, commissioned in March, before making any final decision.

It gets trickier, as some are in favour of the bridge – but not the road – while others want the road and not the bridge. Others are happy with the entire package, which the town planning department has said is the only way for it to move forward.

Critics say that there are other solutions available and the current project is too invasive for the area which it is set to cover.

The Pedieos river slices through the heart of Nicosia and is flanked by greenery and footpaths on either side. The linear path has become increasingly popular as cycle paths have been added and upgraded.

Hailed by many as an oasis within the city, some are fearful that the project will do more harm than good.

A recently created Facebook group, ‘Opposing the new destructive road network of Strovolos’, says that the vulnerable Pedieos river will be further harmed by the project.

They also say that the project is far too costly, with money better spent elsewhere, and does not respect the special area in which it will be built.

Green Party leader, Charalambos Theopemptou, summarised his opposition to the project as being harmful to the area and says it does not address the problems it purports to solve.

“Money for a road comes very easily, but it’s made much harder for cycling paths for example,” he said.

Papacharalambous meanwhile, told the Cyprus Mail that the main opposition appears to be focused on the road and not the bridge.

The issue of increased traffic in the capital has become a burden for many, but even more so for some.

Currently, major traffic flows in the area pass through neighbourhoods as commuters seek to cut out busier networks.

This has angered residents who wish to retain their cul-de-sac feel. It appears that this group are largely in favour of the new road as it would reduce the burden on their area.

But others along the path of the new road do not wish to see increased traffic flows in their neighbourhood, either.