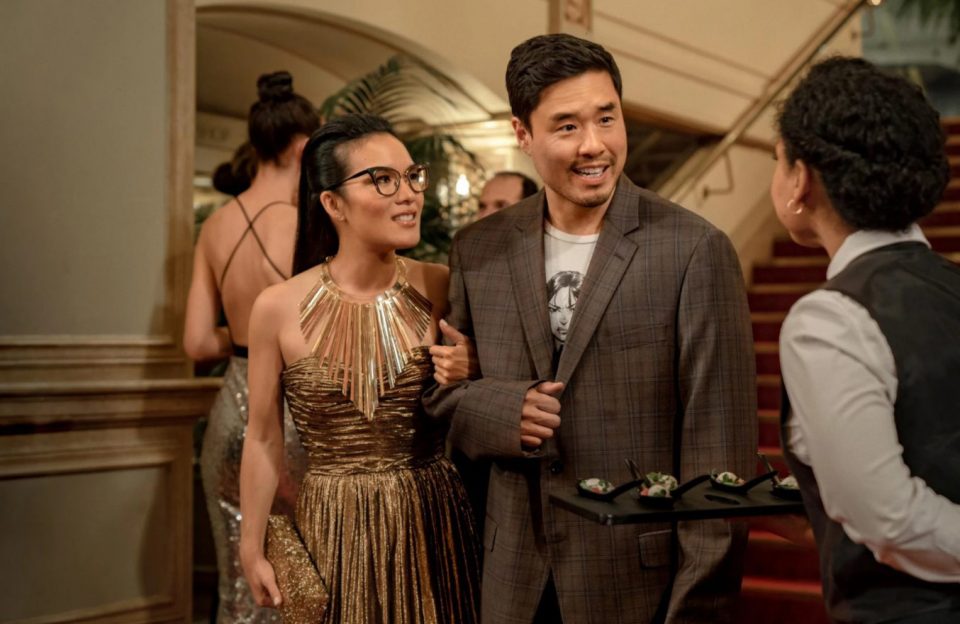 Last year’s Always Be My Maybe is firmly on the list of unqualified successes among all Netflix originals, particularly in the romantic comedy category. While it neither attempts nor desires to be anything particularly subversive to the genre, it is a well-executed, lean film with an appropriate balance of sweet, silly and comedic, with solid acting across the board.

Always Be My Maybe stars Ali Wong and Randall Park in the leading roles of Sasha Tran and Marcus Kim. They are supported by James Saito as Marcus’ father, Harry, Michelle Buteau as Sasha’s friend Veronica, and Susan Park as Marcus’ mother Judy Kim. In tertiary roles, we have Vivian Bang as Marcus’ girlfriend Jenny, Daniel Dae Kim as Sasha’s fiance Brandon Choi, and Keanu Reeves as himself, but more on that later.

While rewatching the film recently I noticed how director Nahnatchka Khan uses music throughout the film, predominantly to mark or emphasize certain plot-related milestones. While Marcus is himself an actual musician with some overt commentary in the songs his band, Hello Peril, play throughout the story, it goes beyond that.

The first song used is 93 ‘til Infinity, an iconic song from an Oakland group Souls of Mischief. There is a clear effort to use regional songs to bring home the feeling of people from the Bay Area listening to music that is authentic to themselves and their experience. The song acts both as a common gem between the teenage versions of Marcus and Sasha, and it also foreshadows what’s to come later on: affection for a certain lady and the way a scorned man looks at their competition.

Still in the first act, we hear Dakota Jones’ Have Mercy. This song plays while Sasha cooks for herself with no else to share the meal with. While the ingredients have changed, with her being able to afford the nicest pieces of meat and the freshest vegetables, and the premises have switched to a large, modern house, the core premise remains the same. Loneliness, rejection, desolation. “Sweet thing, a new season, same old shit it brings, my hair tied up like it’s bricks and strings, we waste our time with less fruitful flings”, Jones sings.

In the Korean bathhouse scene between Harry and his son Marcus, the former encourages Marcus to confess his feelings to Sasha, saying that he always envisioned them together. Marcus considers this, feeling a sense of confusion and indecisiveness. We hear Fatlip, from legendary Los Angeles group The Pharcyde, and Redwood singing It’s A Blur. “It’s a blur now, best of friends, but it’s getting obscure”, the chorus goes.

Marcus eventually relents and decides to tell Sasha how he really feels. Moments before he gets to do this, however, Sasha tells him that she’s met someone new, not neglecting to include all the vivid, freaky details. When we finally meet her boyfriend some minutes later through the use of a double date, we are introduced to none other than Keanu Reeves playing an exaggerated version of himself. As the unassailable handsome and impossible to compete with Keanu walks towards the avant-garde restaurant table in slow motion, we hear Sail’s Blame It On My ADD. “Maybe I should cry for help, maybe I should kill myself”, a quite literal description of what Marcus is feeling when he sees who he is up against.

The date takes a few interesting turns but ends in an unbridled catastrophe. The resulting Uber ride between the now date-less Marcus and Sasha ends in them making out, with things heating up again between the pair. As they walk up the stairs to continue their fun in the bedroom, we hear Alicia Keys’ Pawn It All. “I will pawn you my watch, I will pawn you my chain, I will pawn you these gold and diamond rings, ‘cause I need it so bad”, she sings.

Romantic comedies overwhelmingly follow the same structure in the second and third acts. After a troubled first act and the inevitable split, there comes a reunion or hope of some sort towards the end of the second act. Seeing as that would be over for the story if this state were allowed to continue unhindered, an obstacle or a problem must be introduced. So too in Always Be My Maybe. When Sasha leaves the house just after the fight, we hear “walk out, shots out, when It’s dark out” from Plato III’s Illuminate. The break up leads Marcus to a bar where he’ll drown his sorrows in alcohol. There, we listen to Omar Khan’s Can’t Wait, the words “don’t leave me hanging, don’t leave me lonely and blue” guiding our mood.

When Sasha’s neglectful, mostly oblivious parents try to express some remorse for their absence by actually paying at a restaurant she owns instead of getting a freebie, we hear Francis and the Lights’ May I Have This Dance. “May I have this dance, to make it up to you, can I say something crazy, I love you”, the song goes.

Finally, during the film’s denouement, with the resolution now complete and Marcus and Sasha back together, she cooks something for him. A soup prepared just like the way his mother would make it before she died, with Sasha hugging Marcus as they both cry. The song which inspired the film’s title leads us into the credits, Mariah Carey’s Always Be My Baby. “Time can’t erase a feeling this strong, no way, you’re never gonna shake me”, Carey sings.