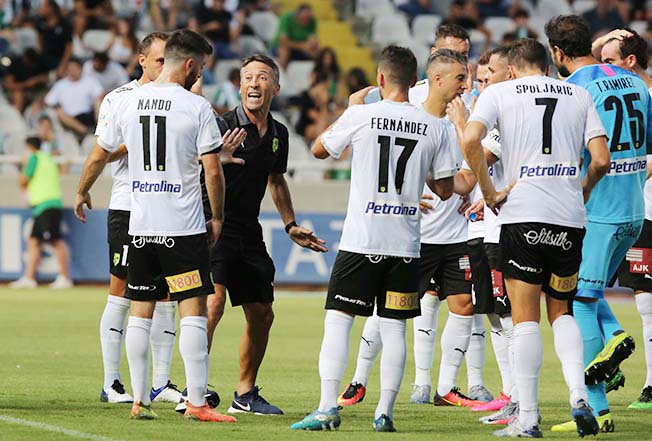 The fourth round of the Cyprus football championship was an eventful one, with two managers being sacked following the weekend’s results.

On Monday, Enosis Neon Paralimni fired coach Marios Kkaras after their 2-0 defeat to Apoel. Enosis have lost all of their games so far this season, conceding eight times and scoring just once in the process.

It didn’t take long for Enosis to go behind with Apoel taking the lead in the second minute. The visitors created a number of chances in the first half, particularly with cutbacks or lateral passes from the right flank, but weren’t able to extend their lead until the second half, when Zahid scored in the 72nd minute.

Al-Taamari, who was one of the livelier players for Apoel, switched to the left flank, from where he found the Norwegian midfielder with a smart pass in the penalty area.

While Ukrainian forward Ilya Markovskyi worked really hard to make something for the home team, being involved in a number of physical challenges with opposition players.

On Sunday, AEK Larnaca also dismissed their manager, Spaniard David Caneda, after their 2-1 loss to Omonia. Reportedly, AEK have identified Caneda’s replacement, but have yet to confirm the manager in question. The Larnaca club aren’t particularly known for their knee-jerk reactions when it comes to appointing managers, so it will be interesting to see who their next manager will be.

AEK had a mixed performance against Omonia, being the better side for the majority of the first half. However, it was Omonia who took the lead in the 47th minute of the first half, when Tono Ramirez’s weak punch when coming out allowed youngster Loizou to score on the rebound.

Tono was a crucial factor in AEK’s loss, with the goalkeeper also being at fault for Omonia’s second goal when the game was tied 1-1. Kiko’s inswinging free kick from an acute angle caught the goalkeeper out of position, with the ball flying over him and into the net.

Caneda attributed the loss to bad luck, saying that “the game was balanced but I feel the opposition took the victory because they were the luckier team”.

AEK are currently in fourth place, with two wins, one loss and one draw in four games.

Speaking of Loizou, the Omonia prospect had another promising game. A particular highlight, aside from the goal, was a smart pass to Ernest Asante in the 51st minute. Loizou threaded the ball between five AEK players, releasing Asante into space and face to face with the keeper, with the latter blocking the shot with his foot.

Finally, Apollon Limassol took a massive away win on Sunday, beating Anorthosis Famagusta 3-1 in Larnaca. Notably, while manager Temur Ketsbaia shook hands with Apollon counterpart Avgousti, he did not speak to the press in the post-match press conference, simply offering a “no comment” remark before leaving.