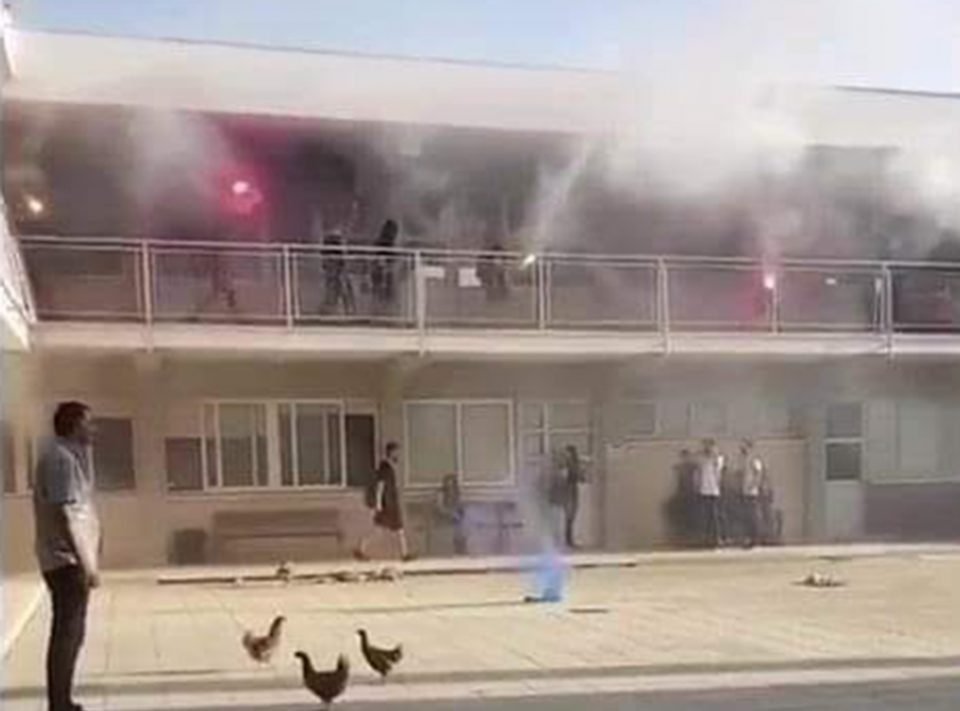 Police said it has identified 20 youths suspected of being involved in an incident at a Paralimni high school during which flares were lit and animals killed on the first day of classes.

Famagusta police spokesman Andreas Constantinou said they were still taking statements from pupils, teachers and other individuals who appear to be involved.

Through videos and photos posted on social media, police have identified 20 youths who seem to be involved in using flares and smoke bombs, but also hurling chicken and rabbits from the balconies.

Among the offences police are investigating are animal abuse, illegal possession and use of fireworks, unlawful gathering, causing disturbance, and animal theft.

Police launched an investigation around a week ago following complaints of animal abuse and use of firecrackers by pupils at the Paralimni lyceum to mark the start of their final year in school.

There was outrage after reports that some graduates had chosen to ‘celebrate’ their first day back in school by hurling firecrackers and throwing rabbits and chickens from the first floor of the school building, with some of the animals killed in the fall.

Videos and photos circulated on social media show parts of the school blanketed in smoke, with some youths running on the first-floor balcony holding flares, while a large banner was hoisted saying: ‘Hornier than ever!’.