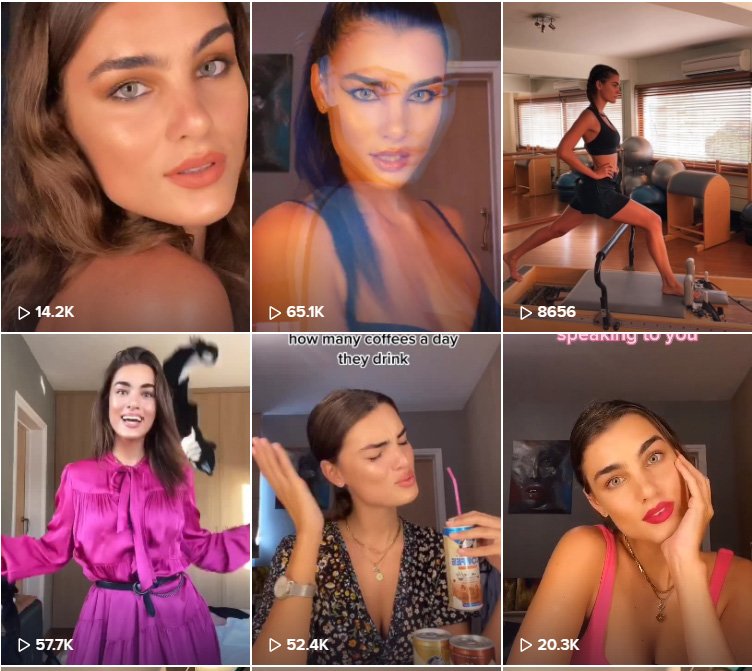 TikTok has been much in the news lately thanks to Trump’s insistence that its US assets be sold. The politics of it all don’t figure largely, however, for the app’s one billion users, who are treated to looping videos (which last from 3 to 15 seconds, but can be strung together in what’s called a ‘story’ to produce lengthier footage) set to music – “short music, lip-sync, dance, comedy and talent videos”.

Anything and everything goes on this app, and many celebrities, including Jimmy Fallon, Reese Witherspoon, and Will Smith, have TikTok accounts. These older celebrities, however, are not the norm. TikTok is definitely for the young. If you’re over 25, you’re probably too old to TikTok: you can follow, and you can like, but other than the odd #momoftiktok, it’s all about the teens. There are a few older people posting regularly (@grandadjo1933 springs to mind, a cheeky octogenarian with 2.5 million followers, and there’s also @tmdad14, a 40-something Tennessee dentist who cheers up his patients by dancing), but it’s mainly for Generation Z.

An unusual angle helps too: being a twin is good (twins are huge on TikTok); comedy is big, and pranks are a staple. But, unlike other social media platforms, there’s a definite positivity to TikTok – the majority of users post upbeat, affirmative content: ‘I’m proud of who I am’ seems to be the overwhelming message here. 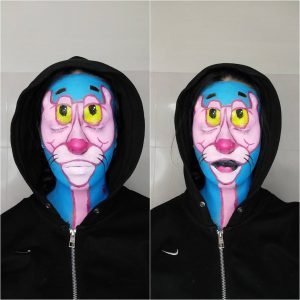 “My niche is mostly make up, and positive videos that encourage and motivate people,” says one of the island’s most popular, Nicosia-based TikTokker Stephanie Pericleous, who goes by @stephani.p. Just 17 years of age, and a hard-working student at high school – “I have exams tomorrow; I’ve been studying so much!” – Stephanie already has almost 335,000 followers (the majority from Greece, Cyprus, and the UK), and nearly 11 million likes on her videos.

“I love it when there are people who post positive messages,” she continues. “I’m an artist and I love to see other talented TikTokkers: people who put effort into their content, put in work and enjoy what they do – that’s the good side of social media. The bad side,” she suggests, “is people who talk only about beauty and changing your body – but you’ll find the majority of the content on TikTok actually aims to promote body positivity and acceptance of the self.”

Like all of the TikTokers we spoke to, Stephanie is mature beyond her years, incredibly polite and delightfully humble: a credit to herself, her parents, and the island. She claims to have been inspired by other TikTokkers, most notably renowned Aruban influencers Gilmher and Jayden Croes who “changed the way I think about life, making me more positive, and encouraging me to open up. Before TikTok, I was very quiet and shy,” she adds. “I never imagined being able to post a video and not be afraid of what people would say. Now I post about three times each week!”

Regular posting engages the audience, and a basic knowledge of video editing is a must. Stephanie spends “at least an hour editing each video – I will never post a TikTok I’m not proud of!” And trends are also huge: every week seems to see a new craze, be it challenges, lying in the rain, or walking on water.

“I think it’s about making videos that people can relate to,” says 23-year-old Maria Geojkovic, a Limassol-based university student and TikTok influencer with nearly 66,000 followers. “I don’t really have a super specific niche, I post things I personally like – some funny videos, a bit of dance content, and a few recipes.

With a minimum of 10,000 views per video, Maria (who posts as @gojkovicc) joined the platform less than a year ago. “At the start, it felt quiet intimidating,” she continues. “I didn’t know how to edit or film, or use the filters. But a couple of friends convinced me to give it a go, and it just blew up – my first video got 10,000 views, and now I’m recognised in the street! It’s really nice,” she adds. “People – mostly kids, who are all so genuine and sweet – come up to you and ask for photos at the beach and in cafés!”

Both Stephanie and Maria are already making money through their TikTok accounts, occasionally promoting products and companies they genuinely believe in. And the most followed TikTokker on the island (@bbsmfdb21, with more than two million followers) links her account to a Cyprus-based discount shop. But for the majority of users, money-making is out of the question – like me, they’re just here because TikTok is fun. Even if you’re not posting content, it’s easy to fall down the wormhole – creating an account takes minutes, and the app quickly works out what you want and gives it to you.

For me, that’s a fairly steady diet of beautiful scenery, digital calligraphy, and crafting videos. Oh, and car wrapping – which interests me not in the slightest, but makes me suspect my other half might be secretly using my phone! It also regularly suggests local content, tossing in the odd video with a ‘#cyprus’ hashtag every now and then.

Lastly, and possibly most importantly for those who want to jump on the bandwagon, TikTok is addictive. I myself joined just a few months ago (purely, you understand, for my job!). But now, it’s one of my go-to apps. I may be far too old (and boring) to post any content, but I do enjoy a quick scroll through each evening. It’s far more fun than Facebook or Twitter and, unlike Instagram, it makes me feel good about myself. Try it. you’ll see.

My Meal – Simple and Healthy

10 essential items to pack for a solo trip

10 places to visit in the Middle East

Plant of the Week: Plant used in Ayurvedic medicine to treat skin problems and as aphrodisiac