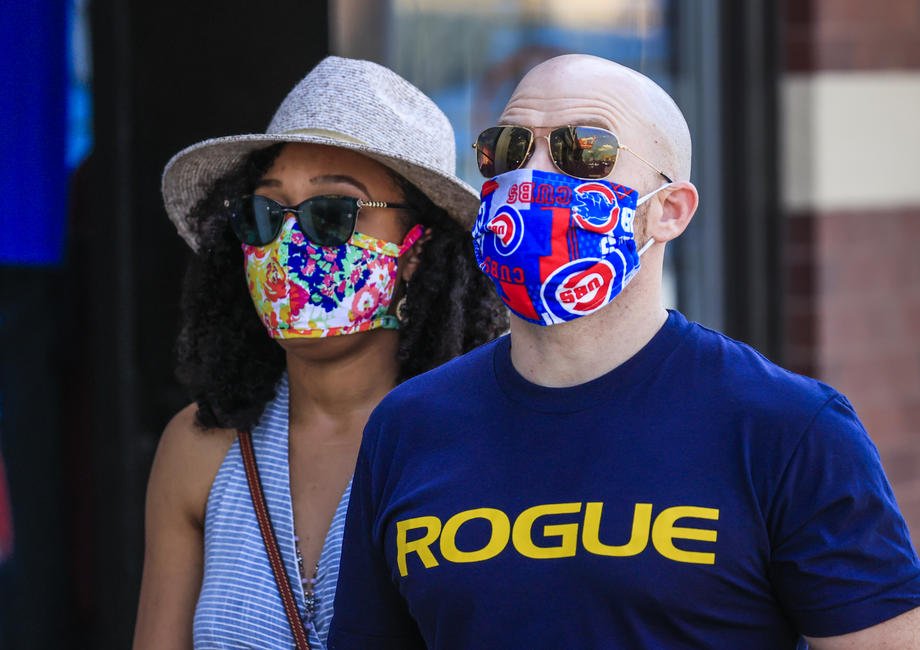 Wisconsin Governor Tony Evers late on Tuesday declared a new public health emergency and extended a face mask mandate into November to fight a coronavirus flareup in his state, as the number of people who have died across the United States since the pandemic began passed 200,000.

In-person social gatherings have led to cases in Wisconsin skyrocketing among people aged 18 to 24, Evers said, as he pleaded with students who returned to colleges for the fall semester to stay out of bars and wear masks.

“We are seeing an alarming increase in cases across our state, especially on campus,” the governor said in a statement announcing his decision.

The mask mandate, part of a second public health emergency the Democratic governor declared in late July, was due to expire on Monday. A conservative group is contesting the order in court, arguing Evers violated state law by using emergency powers more than once.

Wisconsin has experienced one of the highest percentage increases of coronavirus cases nationwide over the past two weeks, and has the second-highest rate of positive coronavirus tests in the nation at 17%, according to a Reuters tally.

The spike landed Wisconsin back on Chicago’s quarantine travel list, which requires people coming from the state to the city’s north to self-quarantine for 14 days.

“Unfortunately Wisconsin is currently in very poor control when it comes to COVID,” Chicago Department of Public Health Commissioner Allison Arwady said during an afternoon news conference. She said people traveling to and from Wisconsin for work are exempt from the order.

The United States continues to have world’s highest number of COVID-19 deaths. On a weekly average, it is losing about 800 lives each day to the virus, according to a Reuters tally, down from a peak of 2,806 daily deaths recorded on April 15. (Graphic: https://tmsnrt.rs/2ZH76z6)

In New York City, a global epicenter of the pandemic in the spring, health officials on Tuesday identified a new cluster of COVID-19 cases in the borough of Brooklyn, and noted a marked uptick in infections there and in some other neighborhoods.

During the early months of the pandemic, many experts expected the maximum number of deaths in the United States from the pandemic to be around 200,000.

Thousands of tiny U.S. flags covered part of the National Mall in the nation’s capital on Tuesday to commemorate the lives lost.

Speaking in front of the flags, House Speaker Nancy Pelosi called on Americans to embrace science.

“This was preventable – not all of it, but much of it,” said Pelosi, a Democrat.

With barely six weeks left before the U.S. election on Nov. 3, Republican President Donald Trump’s handling of the pandemic and the subsequent economic downturn has battered his standing among voters.

At a Swanton, Ohio, campaign rally on Monday, Trump touted his efforts in the health crisis.

“It affects virtually nobody. It’s an amazing thing,” Trump said of the coronavirus, which has infected nearly 6.9 million Americans.

“It affects … elderly people with heart problems and other problems – if they have other problems that’s what it really affects, that’s it,” he said, despite all evidence to the contrary.

Trump has frequently questioned scientific experts – including those in his own administration – on everything from the timing of a vaccine to reopening schools and businesses and the importance of face coverings to curb the virus’ spread. He has refused to support a national mask mandate and holds large political rallies where few wear them.

He has also admitted to playing down the danger of the coronavirus early on because he did not want to “create a panic.”

Democratic presidential nominee Joe Biden, who leads Trump nationally in every major opinion poll, on Tuesday acknowledged the 200,000 milestone on Twitter and said it was “a staggering number that’s hard to wrap your head around.”

“There’s a devastating human toll to this pandemic – and we can’t forget that,” wrote Biden, who often wears a mask and has said he would require masks nationwide.

The University of Washington’s health institute is forecasting coronavirus fatalities will reach 378,000 by the end of the year, with the daily death toll potentially skyrocketing to 3,000 per day in December.

Six out of every 10,000 residents in the United States has died from COVID-19, one of the highest rates among developed nations.

More than 70% of those who died from the virus in the United States were over the age of 65, according to Centers for Disease Control and Prevention data https://bit.ly/32C1doQ.

Omonia ready for battle against Olympiacos