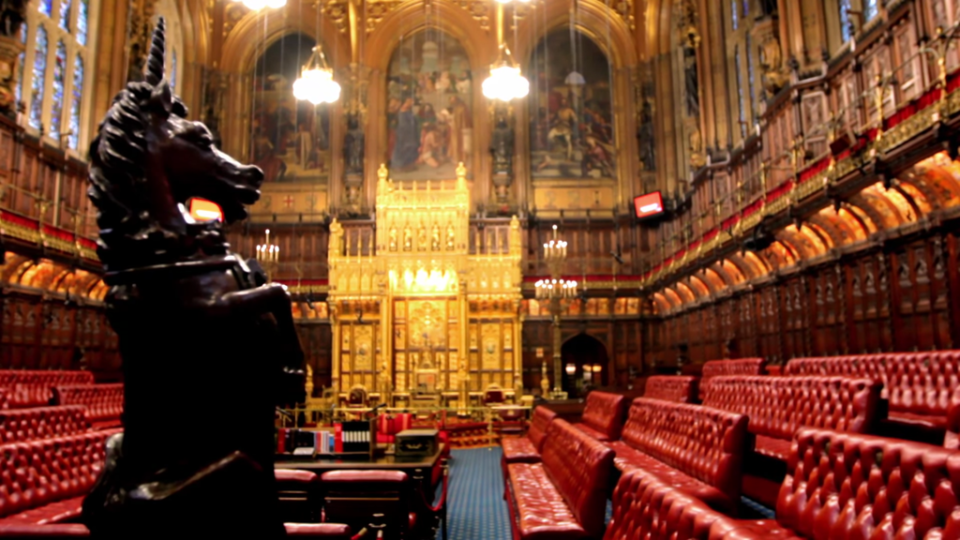 The House of Lords is more likely to seek to amend the bill to remove or dilute certain parts, or insert additional checks and balances

The European Union is determined to get a Brexit trade deal with Britain but will be firm and realistic with London after Prime Minister Boris Johnson decided to break the divorce agreement, EU chief negotiator Michel Barnier said on Wednesday.

The United Kingdom left the EU in January but remains a member in all but name until the end of the year, by which time it hopes to have clinched a free trade deal with the bloc.

Talks have snagged on fishing, state aid rules and how trade will flow to Northern Ireland which will remain – under the 2020 divorce treaty – in closer orbit to the EU than will the rest of the United Kingdom.

After Johnson announced a bill that would override parts of the 2020 accord, the EU demanded that he step back from the brink though parliament on Tuesday backed giving Johnson the powers to undercut it.

On arrival in London before informal talks with Britain, Barnier told Reuters when asked if he was optimistic about reaching a deal: “I am determined.”

“We remain calm, respectful, realistic and firm,” Barnier said, though he declined to comment on the Internal Market Bill or on the odds of securing a trade deal.

Failure to reach a deal would create uncertainty over trade in everything from car parts and shellfish to data and Scotch whisky, while spooking financial markets just as Europe’s economies grapple with a second wave of the COVID-19 outbreak.

British trucks could face delays of up to two days to enter Europe and queues of around 7,000 lorries after Britain leaves the bloc at the end of this year, disrupting imports and exports of crucial goods, the government has warned.

Michael Gove, the minister overseeing the Brexit talks, told the logistics and freight industry that truck drivers would face new customs controls and processes irrespective of whether a trade deal can be agreed between the two sides.

He said under the government’s reasonable worst case scenario, up to 70% of trucks travelling to the EU might not be ready for new border controls.

Britain says it is working hard to reach an agreement, but has stuck to its position that any deal must respect the country’s sovereignty.

The EU says because of Britain’s proximity to the bloc, London must agree to a so-called level playing field of fair competition guarantees.

The two sides will hold the next round of formal talks next week in Brussels before a summit on Oct. 1-2 to assess progress and decide whether the bloc should step up no-deal preparations.

The bill must pass through both houses of the British parliament to become law — first the House of Commons, where Johnson’s Conservative Party has an 80-seat majority, and then the House of Lords, the upper chamber, where it does not have a majority.

The bill has passed its most difficult test in the Commons and will finish its journey through the lower house on Monday or Tuesday next week.

After this it will undergo scrutiny in the House of Lords.

SO IT ALL DEPENDS ON THE LORDS?

The bill is not being fast-tracked and will take most of October and November to consider.

This means it will not be law either before an EU end-of-September deadline to withdraw the plan, or Johnson’s Oct. 15 deadline for a deal with the EU.

The negotiations around either of these deadlines, if successful, could remove the need for the bill’s most contentious parts.

This puts the immediate focus back on negotiations with Brussels, where the EU has not yet taken a formal decision on what to do next in light of Johnson’s refusal to withdraw the bill.

A senior EU diplomat said: “The timetable for the passage of the bill does provide a welcome space for constructive engagement on the concerns raised by the UK” and so a decision on possible EU legal action will be delayed until early October.

CAN’T THE HOUSE OF LORDS STILL BLOCK THE BILL?

Many members of the upper house have criticised the bill, including Conservatives, but their primary role is to amend and improve legislation, not to block it on principle.

While there is precedent for the Lords blocking legislation, deciding to do so on this bill would provoke a constitutional row, and such a move is currently seen as unlikely.

The House of Lords is more likely to seek to amend the bill to remove or dilute certain parts, or insert additional checks and balances. The amendments would go back to the House of Commons for approval — probably in early December.

If Johnson’s lower-house majority holds firm, the bill could bounce back and forth between the two chambers until either a compromise is found or the government attempts to pass it without House of Lords approval.

WHY DOES BRITAIN WANT TREATY-BUSTING POWERS?

The government says the powers are a safety net to protect peace in Northern Ireland if negotiations with the EU on how to manage cross-border trade fail.

WHAT CONCESSIONS HAS THE GOVERNMENT MADE?

Johnson has so far made two concessions.

Firstly he promised parliament a vote on any decision to use the treaty-breaking powers created by the bill — a compromise that snuffed out a rebellion within his own party.

Secondly, he has also committed to referring any dispute with the EU to the resolution mechanism set out in the Withdrawal Agreement “in parallel” to using the treaty-busting powers unilaterally.

Morphou is not a bargaining chip, mayor says