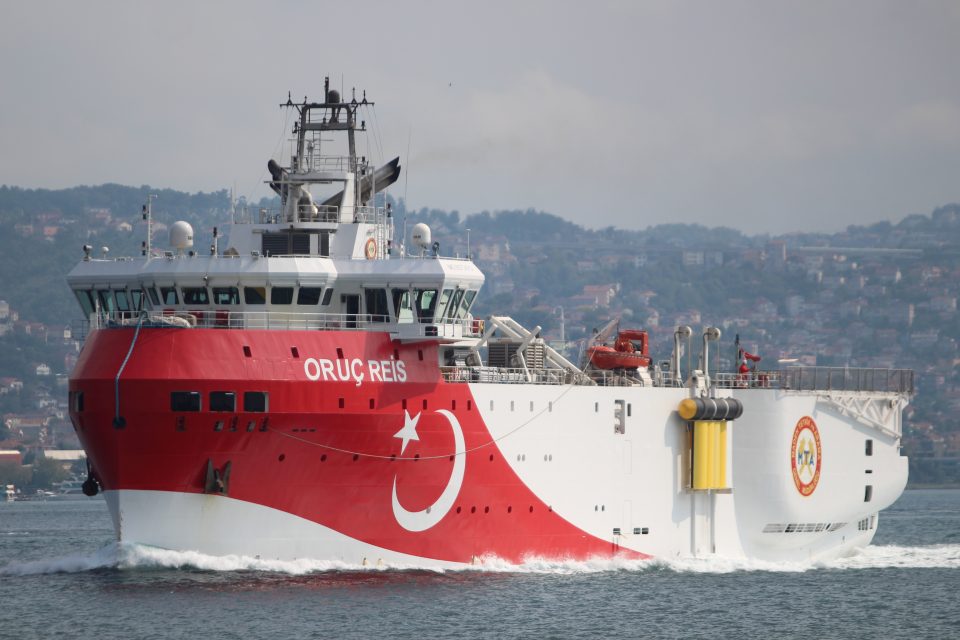 The European Union is unlikely to follow through on a threat to impose sanctions on Turkey after Ankara agreed to talks with Greece over maritime claims on Tuesday, senior EU diplomats and officials said on Wednesday.

But the progress left an internal EU dispute over Belarus unresolved. Cyprus has been accused of blocking EU sanctions on Minsk until the bloc takes a tougher stance towards Ankara.

The fate of proposed sanctions on some 40 senior Belarusian officials is up in the air, eroding EU credibility as it seeks to support a pro-democracy movement in Belarus after its Aug. 9 election that the West says was rigged.

EU sanctions require the support of all 27 member states.

“I’m afraid that, as things stand right now, we will have to insist on Belarus. It’s the only weapon that we have,” a Cypriot diplomat told Reuters, saying that the EU had not left Cyprus with a diplomatic way out of the impasse.

Mediation led by German Chancellor Angela Merkel and European Council President Charles Michel has calmed Greek and Turkish tempers after weeks of tension in the eastern Mediterranean, securing an agreement on Tuesday to restart talks on continental shelf boundaries that broke off in 2016.

“Dialogue has reduced the need to threaten sanctions on Turkey and so there’s no consensus among the 27 for such a step right now,” said one EU diplomat.

Turkey’s decision to pull a seismic exploration ship out of disputed waters was seen as helpful. A postponement of Thursday’s EU summit in Brussels, due to focus on Turkey, has also served to allow more time, a second diplomat said.

The summit, which was put off due to a coronavirus incident in Michel’s security detail, will now take place on Oct. 1-2.

“The Turks are playing a clever game. Being more engaging towards Greece, they are trying to drive a wedge between the other members and us,” the Cypriot diplomat said. “We seem to have been left by the wayside.”

According to deputy government spokesman, Panayiotis Sentonas, von der Leyen informed Anastasiades that she had told Erdogan that unless there was a de-escalation of tension and an end to illegal Turkish activity, the EU would be forced to take action.

In a separate phone conversation Foreign Minister Nicos Christodoulides and EU High Representative Josep Borrell also discussed on Wednesday the next steps aiming at the de-escalation of the situation in Cyprus’  EEZ, but no details were released.