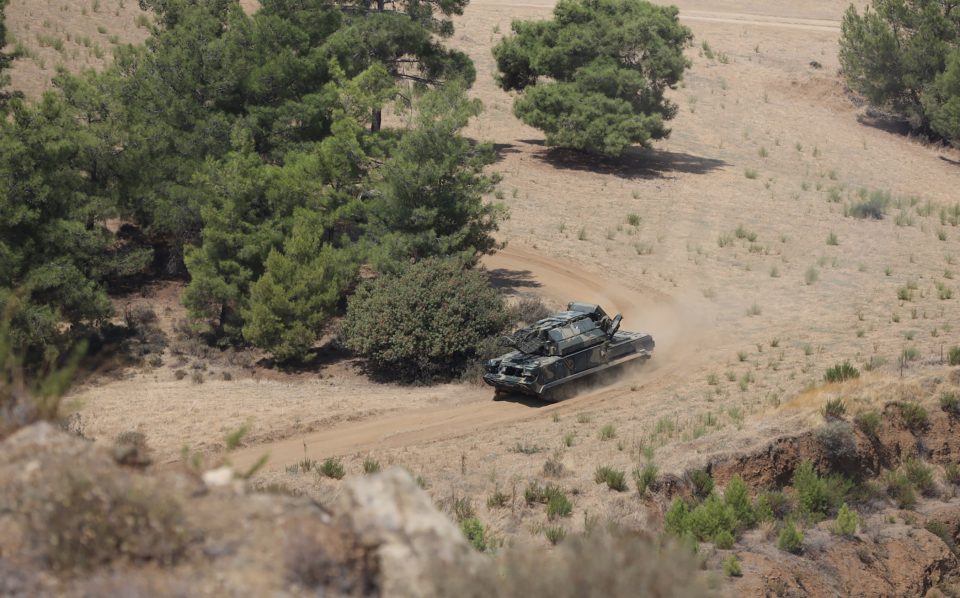 Four small children play on the floor as two women contemplate a drawer with long kitchen knives in it having decided that if ‘they’ should break through, the mothers would fight as best they could and not be taken without a struggle. Another woman, their neighbour, stands on her balcony as Turkish fighter jets soar overhead, waving a clenched fist at them and cursing, not only at the pilots but the men who allowed them the chance to drop their bombs. Her son had finished his army service and had returned home from his first year of studies abroad when a knock had come to the door to request that the young former officer re-join his old unit immediately. He had been gone for days and she had no idea if he was dead or still living, fighting on what we now call the Green Line.

A young, working class couple had just installed ceiling lamps, the finishing touch to the home they had sacrificed to build and it had given them a sense of completion as they held their small daughter up to look at the light. When the invasion happened soon afterwards, he loaded as many of their belongings on his truck as would fit. About to leave, he noticed fellow villagers without transport, unable to escape except on foot, which gave little chance of them getting far. He unloaded his belongings and put the people on the truck.

Cars and vans with mattresses strapped to them fled towards Troodos, Limassol and Paphos to avoid the oncoming Turkish army; fear of what might happen was prominent in conversations. Media reports and rumours of atrocities fuelled terror with visions of throats been sliced and women and young girls being raped.

If it happened again, we could pack what we wish and try to run but there will be nowhere to run to. Embassies will have doors beaten down as people try to gain entrance to diplomatic territory. Common logic says the thousands of troops stationed in the north would take little time to advance. Reinforced from the mainland, Cyprus would vanish and we would go on the map from being the gold-green leaf in the sea to the same colour as Turkey. Trying to pretend our small army, no matter how well equipped or willing, could keep them at bay is wishful thinking.

Turn the page and you will find Turkish Cypriots who have similar stories and ones of mixed villages in which old friends aided each other, and in other places where the desire to hurt or kill to settle old scores was rife. Governments (both sides) since 1974 have mostly reacted to each other rather than taking initiatives, even though people of my age who were then part of ruling machinery north and south, must have very vivid memories of the chaos, the bloodletting. Yet to avoid it happening again, neither side will give way.

Practically every day we see what Turkish president Erdogan is planning to do with his expansionist plans in the eastern Mediterranean. He may be bluffing; he may not be. We know settlers are already filling out a small demographic of Turkish Cypriots who mostly want to retain their island identity and rule themselves. Greek Cypriots are proud of their heritage, the ancient civilisations and heroes that they learn about with pride. Turkish Cypriots similarly have the Ottoman Empire to look back on. Both peoples were conquerors in the distant past.

The Islanders call the lands from whom they gained identity, motherland. Yet even a human mother, the bond of caring intact, allows her children to strive for their independent future. Those in the north who want separate states know sooner or later, Turkey will have an excuse to consume the whole of Cyprus. Those here who suffer under the illusion that we will be better off as two states refuse to accept reality. Erdogan cares about nobody, he is confident in the might of Turkey and its NATO and trading usefulness. He also doesn’t want to lose personal power.

What can Cypriots do? In a perfect world, clear the table of the past. Set upon it what there is now and put aside that which has been blocking progress for nearly 50 years: the weight of history and mistrust. See in fairness how what resources or common wealth there is can be shared through the whole island. Put egos, populism and selfishness behind. Make a new treaty of trust. Kahlil Gibran wrote: ‘…for you can only be free when even the desire of seeking freedom becomes a harness to you, and when you cease to speak of freedom as a goal and a fulfilment.’ We have, at least, had a period of almost absolute freedom due to the United Nations buffering both sides. Nothing lasts forever and if we value that priceless freedom, we must secure it together.