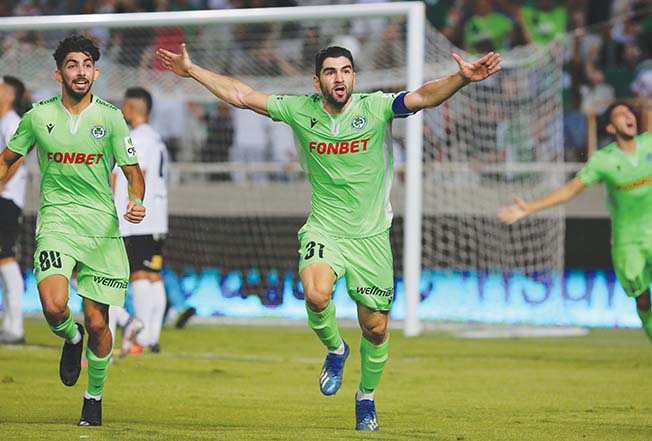 The game kicks-off at 22:00 and will be played at the Georgios Karaiskakis stadium in Athens.

Both teams come into the match following wins in their respective domestic championships, with Olympiacos defeating Asteras Tripolis 3-0 and Omonia beating AEK Larnaca 2-1.

With Olympiacos having played their league game on Friday night and Omonia having faced AEK Larnaca on Sunday, there is a notable disparity in rest time between the two clubs, with the Greek side having additional time to rest and prepare.

Olympiacos manager Pedro Martins has previously expressed a desire to retain the same squad from last season but that has proven impossible to implement, with defensive midfielder Guilherme moving to Qatari side Al-Sadd and exciting left-back Konstantinos Tsimikas moving to Premier League champions Liverpool, among other departures.

Martins’ side has not been without their additions, however, with central midfielder Pepe joining from Vitoria Guimaraes, centre forward Hassan joining from Braga, and veteran left-back Jose Cholevas rejoining the club after six seasons spent abroad. Olympiacos have also signed seasoned right-back and former Brazil international Rafinha from Flamengo, as well as erstwhile next-big-thing of French football Yann M’Vila.

Defender Michael Luftner has taken to social media to express the players’ determination and rally the club’s fans before the upcoming game. “I want to say that every player will do his best to get the best possible result against Olympiacos”, Luftner said. “I hope that all of our fans will support us”.

Omonia sporting director Neophytos Larkou spoke to the club’s own YouTube channel, providing updates on a number of issues, including transfers, manager Henning Berg, and how European success has changed how the club is perceived.

On transfers, Larkou described the past window as the most difficult one he’s experienced in all of his years of involvement in football. “We did the best we could within the parameters the club is operating in”, he said.

Larkou said that the recent signing of Nigerian Abdullahi Shehu will give the squad “quality in the starting eleven, as well as depth in 3-4 different positions”.

On manager Berg, Larkou expressed satisfaction with the fact that the Norwegian seems happy with the club, the squad, and how the project is progressing. “It’s not just about recruiting a manager, it’s about inducting them into the Cypriot reality”, Larkou added.

On Omonia’s youngsters, Larkou advised caution. “We have to calm down so that we don’t’ burn the kids out”, he said.

Finally, on changing how the club is perceived, Larkou said the win over Legia Warsaw was crucial. “When we defeated Legia, agents and players who had previously dismissed us, approached us for a move, but we rejected their proposals”, Larkou concluded.

How to never be angry again | Abraham Twerski