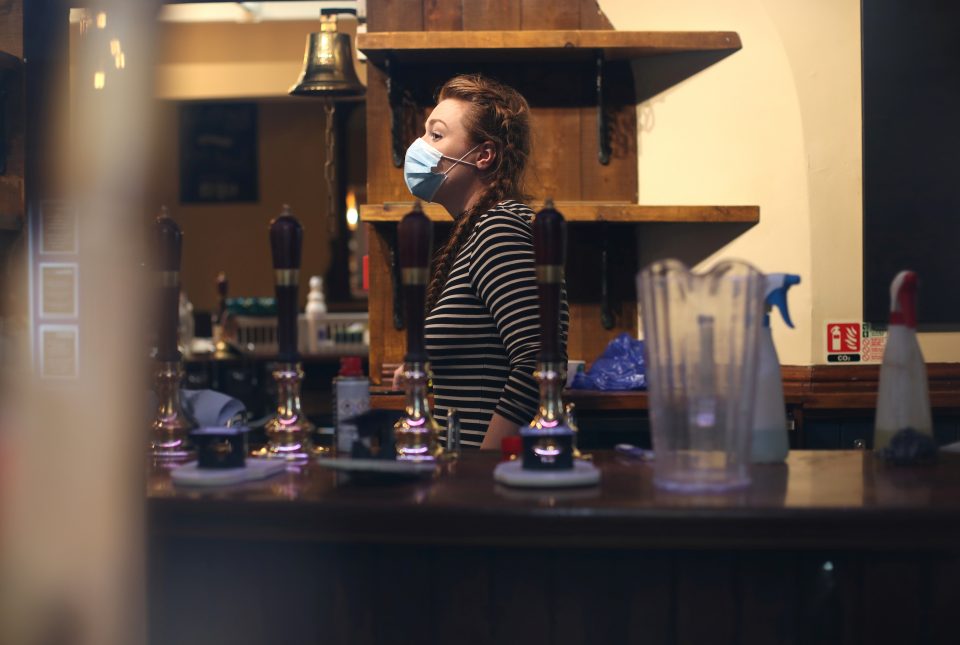 The British government on Wednesday defended its new, stricter coronavirus measures against criticism that they did not got far enough, saying it was trying to balance supporting the economy while protecting health.

Prime Minister Boris Johnson told citizens on Tuesday to work from home if possible and ordered restaurants and bars to close early, in an effort to slow a fast-spreading second wave of COVID-19, saying restrictions would likely last six months.

Britain has the highest COVID-19 death toll in Europe, with a total close to 42,000. New infections have been accelerating in recent weeks, leading scientists to say they could hit 50,000 per day by mid-October if left unchecked.

Foreign Secretary Dominic Raab gave a round of interviews on Wednesday – six months to the day since the government first imposed a national lockdown on March 23 – seeking to persuade the public to abide by the new rules to avoid a second lockdown.

“What we don’t want is to have to take even more severe measures as we go through Christmas,” Raab said on LBC radio. “And that’s why we need to take the proportional, targeted measures we’re taking now.”

Asked on BBC radio if the new measures were part of a Swedish-style plan to live with the virus rather than try to get rid of it, Raab rejected that suggestion.

But a decision by Scotland’s semi-autonomous government to take more stringent measures, such as banning any socialising between households, cast doubt over whether the steps taken in more populous England would be sufficient.

“I’ve made a judgment that we are again at a tipping point with COVID and I’m looking at data that alarms me, frankly,” Scottish First Minister Nicola Sturgeon said on ITV.

She said her scientific advisers had told her the package announced by Johnson would be insufficient to bring down the rate of transmission.

In England, people can still socialise with members of other households in groups of up to six people.

Wales and Northern Ireland are also taking some different measures to England.

The Times newspaper reported that Chris Whitty, the national government’s chief medical adviser, was privately saying further restrictions in England were inevitable to bring the epidemic under control.

A YouGov poll found that 78% of people supported the measures already announced, although 45% said Johnson should have gone further while 32% said he had got the restrictions about right.

On the business side, there was widespread angst over what the new restrictions would mean, especially for pubs, restaurants and other hospitality firms. The 10 p.m. closing time announced by Johnson was criticised as ineffective in terms of reducing transmission, but damaging to business.

Raab rejected this, saying the government’s scientific advice was that the package of measures was appropriate to “bear down” on the virus.

Prof John Edmunds of London School of Hygiene and Tropical Medicine, who is on the government’s scientific advisory team, told BBC radio: “Overall, I don’t think the measures have gone anywhere near far enough. In fact, I don’t even think the measures in Scotland have gone far enough.”​ He said he believed very stringent measures woud come into force across the United Kingdom as some point “but it will be too late again”.

Adding to the government’s woes, there were signs of a fightback by the main opposition Labour Party, which had been in the doldrums after it was beaten by Johnson’s Conservatives in an election in December last year.

The latest Ipsos Mori poll showed the Conservatives’ popularity falling, while Labour leader Keir Starmer beat Johnson on a number of measures, with more people saying he had sound judgment and was a capable leader.

Lukashenko abruptly sworn in for new presidential term in Belarus