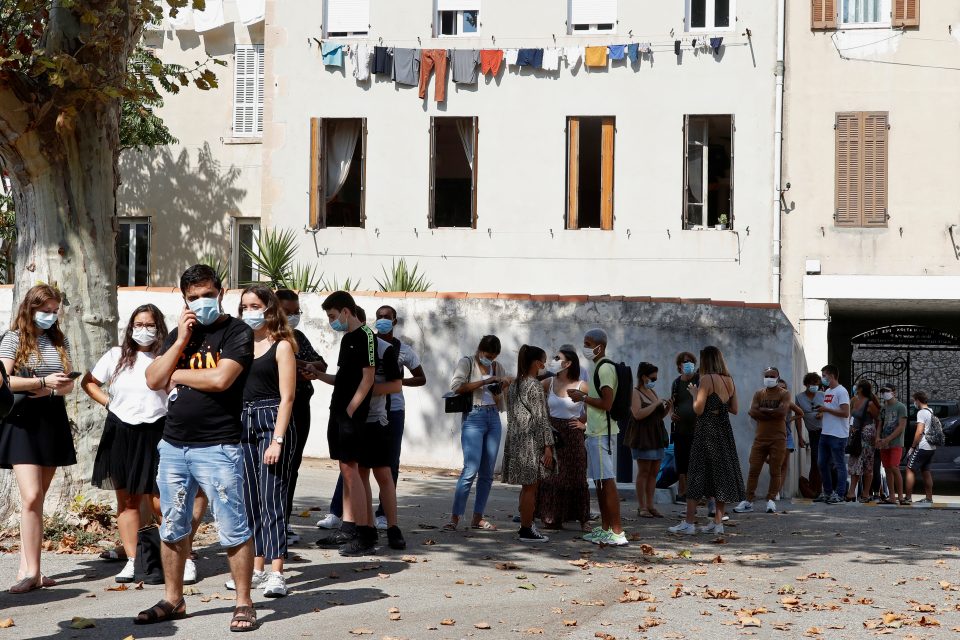 Civic leaders in Marseille reacted with anger on Thursday to the closure of the city’s bars and restaurants, saying they had not been consulted by the French government which ordered the measures to contain an upsurge in COVID-19 cases.

Health Minister Olivier Veran ordered bars and restaurants in Marseille to shut for two weeks from next Monday, after placing the city and surrounding region on the Mediterranean coast on the maximum alert level for the spread of the virus.

Local politicians said the step was out of proportion to the risks and would devastate their economy.

“It was with surprise and anger that I learned of a decision on which Marseille city hall was not consulted,” Marseille mayor Michele Rubirola wrote on Twitter.

“There is nothing in the public health situation that justifies this move. I won’t allow the people of Marseille to become the victims of political decisions that no one understands.”

Renaud Muselier, president of the regional council of Provence-Alpes-Cote d’Azur, which includes Marseille, said the closures amounted to a collective punishment for people in his region.

“This decision is unilateral, ill-conceived, and unfair,” Muselier wrote on Twitter.

Responding to the criticism, Veran Tweeted that the bar and restaurant closures were designed to protect people in Marseille because the epidemic was worsening, and that he had given advance notice to local officials.

Meanwhile Finland warned on Thursday the COVID-19 pandemic was expanding again more rapidly in the country, after several months of relative calm, and was heading in an “alarming” direction.

Finland’s 14-day cumulative number of COVID-19 cases per 100,000 inhabitants remained among the lowest in Europe at 15.5, European Centre for Disease Prevention and Control data showed on Wednesday.

But Finnish authorities said it was disquieting that the number of new cases over the latest two weeks until Sunday had doubled to 798 from 387 in the previous two weeks.

The Ministry of Social Affairs and Health said several signs could be seen of the epidemic speeding up again in the country.

“The rise in incidence rate, rising share of positive cases among all samples, increasing difficulties in tracing sources of infection and chains of infections becoming more common all anticipate a transition to an accelerating phase in the epidemic,” it said in a statement.

Around 50% of new cases had been detected among under 30-year-olds, the ministry added.

Finland’s public health authority THL expanded its mask recommendation from crowded public transport also to all public indoor spaces and public events in regions where the epidemic is speeding up.

By Wednesday, Finland’s COVID-19 deaths since the beginning of the epidemic totalled at 343 and cases at 9,288.

Slovakia, which has one of Europe’s lowest death tolls from the novel coronavirus, reported its highest daily tally of COVID-19 cases for a second day in a row on Thursday, registering 360 positive tests in the previous day.

Since the start of the pandemic in March, Slovakia has recorded 7,629 cases, from which 3,978 patients had recovered and 41 deaths have been reported. The country has faced a spike in cases this month although at a lower per capita rate than other countries in Europe.