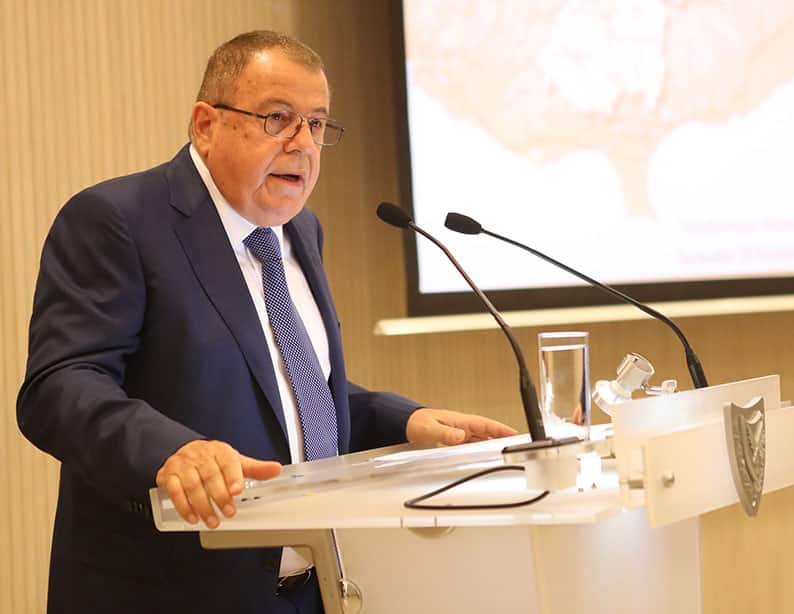 Former commissioner for the development of mountain communities Yiannakis Papadouris is suing Auditor-general Odysseas Michaelides who had forced his resignation in 2019, suggesting he stood to personally benefit from a scheme to revive communities in the Troodos region.

A statement from the law office of Chyristos Pourgourides and Co. said Papadouris has filed a lawsuit in Limassol demanding an admission from the auditor that he had overstepped his authority and had failed to display due diligence in the execution of his duties.

Papadouris is also claiming compensation from Michaelides and the state for moral damage, defamation of character, and mental anguish he had suffered because of the auditor’s “unjust and unlawful actions.”

“It is the first time that the holder of the office of auditor-general is sued in court with the claim that during the exercise of his duties in reality he had exceeded his powers,” the statement said.

Michaelides raised the issue in parliament in November 2019, arguing that through his position as commissioner, Papadouris stood to gain personally from the plan to develop the mountain communities because of his business activity in the region.

The strategy, prepared after consultations with all 112 communities of the Troodos area, concerns over 250 actions with a total budget of around €250m and is based on the principles of sustainable regional development. Its three main pillars are economy, society and environment.

The former community leader of Kalopanayiotis, Papadouris, owns many properties, mostly in the village, and has interests in numerous companies with operations in the area.

Two of his companies are also facing criminal charges relating to alleged offences committed in the process of developing certain properties, MPs heard.

The House watchdog committee heard Papadouris had two pending court cases, one brought by the district office in connection with illegal construction, and the second brought by the antiquities department for intervening in ancient monuments.

Papadouris was appointed commissioner in 2018 to oversee the interior minister’s strategic plan for the development of mountain regions, which seeks to halt and reverse the decades-long depopulation of the Troodos area by attracting more people to live in the region, promote tourism, balance the protection and exploitation of natural resources and improve infrastructure and transport.

He was considered well placed to oversee the plan because of his role in upgrading Kalopanayiotis.

He has been replaced by former education minister Costas Hambiaouris.