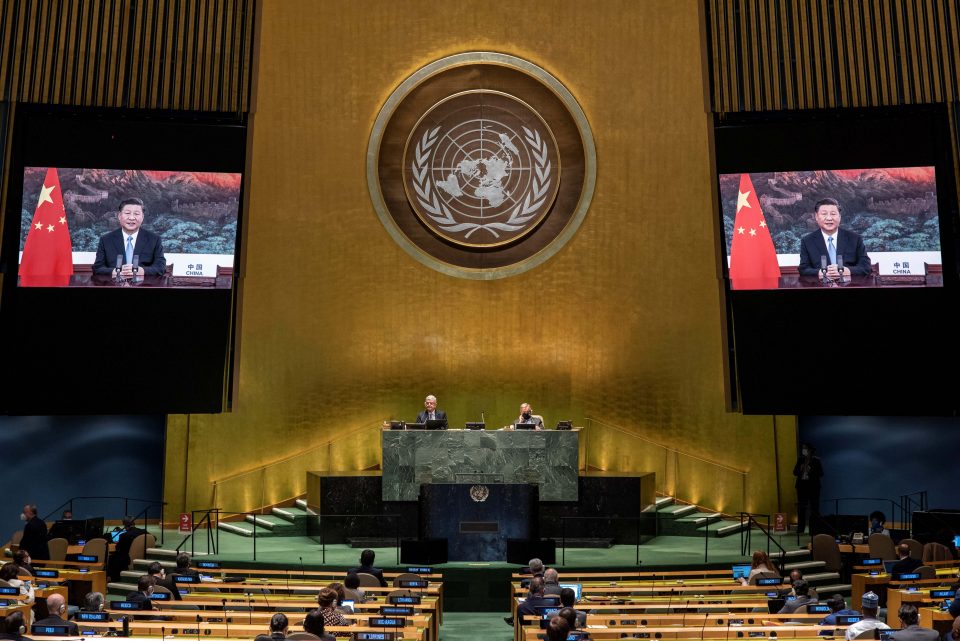 By 2060, he promised, his country will be carbon neutral (‘net-zero’). After that, China will put no more carbon dioxide gas into the atmosphere than it takes out.

There was only scattered applause, because only one person per country could be in the General Assembly chamber due to the Covid-19 pandemic, and the leaders sent recorded speeches. Still, China has never accepted a hard target of any kind in the past, so it was a welcome step.

Xi also promised that China’s CO2 emissions would actually stop rising by 2030, only ten years from now. It was especially welcome after the bombast and abuse of US President Donald Trump’s speech. (Trump will pull the United States out of the global climate agreement on 4 November if he wins, and maybe even if he loses.)

Yet joy over the news from China was hardly unconfined. Most world leaders understand that Xi’s promises, while long overdue, nevertheless mean the world will miss the goal of holding the rise in average global temperature to 1.5° Celsius.

That was the ‘aspirational’ target agreed at the Paris climate summit in 2015, but it was never very likely in reality. Average global temperature is already +1.1° higher, and to hold it to +1.5° would have required the human race to start cutting its total emissions by 7% annually this year.

In fact, emissions are still rising (not all China’s fault), and there’s no chance that they will start heading down soon (mostly China’s fault).

The United States is a mature industrial power with relatively high emissions (15% of world emissions), but they are dropping slowly despite Trump’s efforts to revive the coal industry. China is a rapidly industrialising country that already accounts for the largest share of global CO2 emissions (28%), and it is still growing them rapidly.

What Xi’s 2030 promise actually meant was that China’s emissions will go on growing for another ten years. So wave good-bye to the hope of holding the temperature rise to 1.5°, and say hello to bigger storms, more wildfires, worse droughts, and killer heatwaves in some places.

That’s now certain, but other possibilities include a largely ice-free Arctic Ocean in summer at least once in the next ten years, and perhaps the irreversible destabilisation of the West Antarctic ice sheet (major sea level rise).

Xi’s other promise – carbon neutral by 2060 – is even worse news. ‘Net-zero by 2050’ is the consensus long-term goal shared by every major country except the United States. Xi is moving China’s goal-posts down by ten years. That virtually guarantees that the world will also miss the never-exceed goal of “well below +2°”.

Going through +2° higher average global temperature means that some tropical and sub-tropical areas will become lethally hot outdoors in the summertime for weeks at a time. Famines will spread, refugees will start to move by the millions, borders will slam shut, and

A torrent of glacial meltwater may disrupt ocean currents like the Gulf Stream, causing abrupt climate changes on land as well. The floods and hurricanes, droughts and wildfires will intensify. And there is a risk, real but hard to quantify, that enough tipping points will be triggered to send the global climate off on a self-sustaining and irreversible transformation to a much hotter ‘new normal’.

Xi is not really the villain of the piece. He leads a regime whose only claims on the Chinese public’s support are nationalism and rising living standards: the ideology is long dead. He’s knows that if living standards stall, nationalism alone may not be enough to save Communist rule, so he dares not slow the economic growth even to avoid a climate disaster.

But every global leader faces the same dilemma to a greater or lesser extent, and that’s why we are where we are. We understand the problem, we know how to fix it, but we can’t make our political systems move fast enough. So the human race is heading for a very hard choice ten or fifteen years from now.

It will be clear that we cannot cut our emissions enough in the remaining time to avoid going through +2°. We will have to choose between risking a potentially irreversible calamity by staying on our present course, or making perhaps equally risky technological interventions in the atmosphere to hold the heat down temporarily while we continue to work on eliminating our emissions.

Theoretical research on such technologies is already underway.  As time goes on, you will be hearing a lot more about Stratospheric Aerosol Injection, Marine Cloud Brightening and the like.