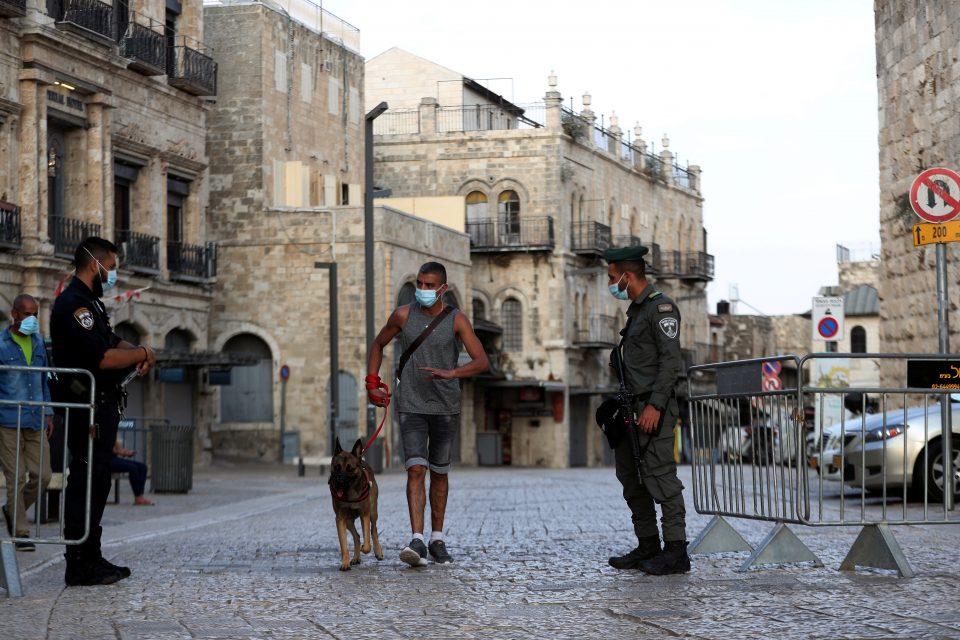 Prime Minister Benjamin Netanyahu’s cabinet decided on Thursday to tighten Israel’s coronavirus lockdown after he voiced alarm that a surge in infections was pushing the nation to “the edge of the abyss”, the YNet news site said.

Israel went back into lockdown, its second during the pandemic, on Sept. 18. But over the past week, the number of daily new cases has reached nearly 7,000 among a population of 9 million, severely straining the resources of some hospitals.

Revised edicts that take effect on Friday allow fewer businesses to operate and impose further curbs on travel, YNet said, after cabinet discussions that stretched from Wednesday to end early on Thursday.

“In the past two days, we heard from the experts that if we don’t take immediate and difficult steps, we will reach the edge of the abyss,” Netanyahu said in public remarks to the cabinet.

Canada has entered a second wave of the coronavirus pandemic, Prime Minister Justin Trudeau said on Wednesday, warning that the country was on the brink of a surge if people did not follow public health guidelines.

In a rare national address, Trudeau said the country “is at a crossroads” as a second wave emerges in four large provinces, adding that the government would do whatever it took to help the country recover from the pandemic.

“We’re on the brink of a fall that could be much worse than the spring,” he said.

Canada’s COVID-19 cases have spiked in recent days, with an average of 1,123 new cases reported daily over the past week, compared with a daily average of 380 cases in mid-August.

“We have the power to get this second wave under control. I know we can do it, because we’ve already done it once before,” Trudeau added.

Canadians are now more worried about COVID-19 than they have been since April, an Abacus Data poll showed.

Earlier, the government made the commitments in the so-called Speech from the Throne, which lays out its agenda for the next parliamentary session, and promised to recover more than a million jobs lost during the crisis.

Total infections reached 147,753, while 9,243 people have died, according to latest government data.

“This is not the time for austerity,” the government said in the speech. “Canada entered this crisis in the best fiscal position of its peers.”

The range of promises and mentions of significant investments could upset markets showing signs of nervousness about soaring budget deficits and debt. Canada lost one of its coveted triple-A ratings in June when Fitch downgraded it for the first time, citing the spending.

“Doing less would mean a slower recovery and bigger deficits in the long run,” he said, adding that long-term spending would be fiscally sustainable.

“He’s gambling this massive increase in expenditures is going to generate very substantial growth,” he said by phone.

The throne speech is a parliamentary measure of confidence and given that the Liberals only have a minority in the House of Commons, they will need the support of opposition legislators to avoid being toppled and plunging the country into an election.

The left-leaning New Democrats – who had indicated they might vote in favor – said the proposals did not offer enough support to Canadians.

Party leader Jagmeet Singh said he did not want to force an election, adding his team would take “a lot of time” to decide what to do. A formal vote is likely next month.

The Conservatives, the largest opposition group, confirmed expectations they would not back the government.

The Trudeau government said it was sticking to the goal of fighting climate change and promised money to retrofit buildings and make zero-emissions vehicles more widely available.

The Liberals also vowed to make significant investments in childcare and said they would extend an existing wage subsidy measure until next summer. The speech made no specific spending commitments or fiscal projections, some of which will be disclosed in a fiscal update later this year.