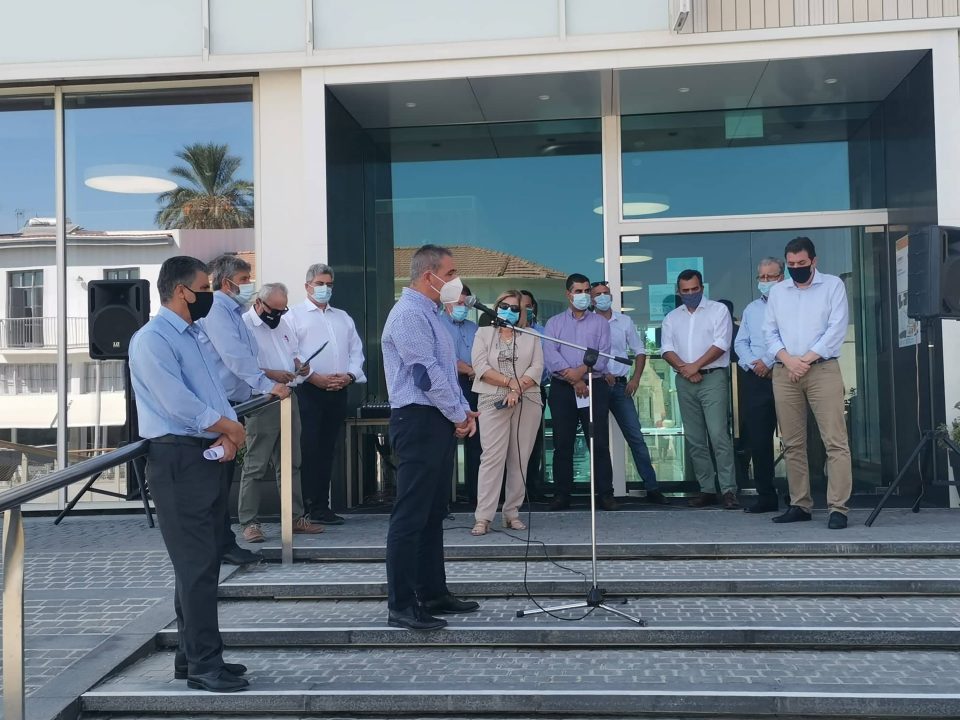 Nicosia Mayor Constantinos Yiorkadjis on Thursday said he shared the concerns of striking municipal workers islandwide over the stagnation in the process of local government reforms, revealing that the municipality had seen a 12 per cent fall in revenue so far this year due to the pandemic.

Municipal workers in all main towns staged a one-hour strike between 11am and 12 noon to protest delays in reforms.

Yiorkadjis said in a written statement the reforms were necessary and needed to be implemented immediately.

“I share the concerns expressed today by thousands of municipal officials throughout Cyprus, about the stagnation observed regarding the issue of local government reform. This stagnation prolongs life in a model which everyone agrees does not allow municipalities to effectively manage issues which affect the quality of life in cities and the service of citizens,” Yiorkadjis said.

The Nicosia municipality insists on the reform and the unification of municipalities, he added.

“We consider it extremely important that each city has a clear economic model on which to be able to base its sustainability, in the long run. The local authorities should finally acquire the competencies and powers in order to take decisions in a timely and autonomous manner without additional bureaucratic approvals from the ministries or the parliament. They should also have the resources needed to meet their obligations.”

In his opinion the creation of a single municipality in Nicosia will create the conditions to stop the horizontal spread of the city and to create a unified traffic plan, which in turn will make the capital more sustainable.

“Local government reform must be promoted immediately,” the mayor added. “The government is aware of the major financial problems facing local authorities. Problems that have been aggravated to a great extent by the pandemic, leading the municipalities to new, even more painful, economic adventures which primarily affect the services offered to the citizens.”

He backed up his argument by citing the numbers. “The municipality of Nicosia, as a result of the Covid-19 pandemic, records a 12 per cent reduction in revenue. This forced us to proceed with a revision of the budget for 2020, savings and other corrective actions through which we achieved a reduction of 7.25 per cent. However, the budget of the municipality is still short by €1.7 million.”

“The time has come for the government and the Parliament to make drastic changes for the benefit of society, away from excuses and obstacles. It is time for the state to provide substantial support to the local government.”

The reforms, announced in 2019, is meant to see the number of municipalities almost halved through wide-ranging mergers.

Seventeen new municipalities would be formed from the planned merger of the existing 30.

Thirty municipalities and 48 communities would be merged, which means 83 per cent of the population, 700,000 residents, will be part of a municipality, compared to 71 per cent currently.

However, since it was proposed a number of local authorities have protested against the plan, giving various reasons, such as they do not want to merge with neighbouring communities because they will lose their image or their autonomy.