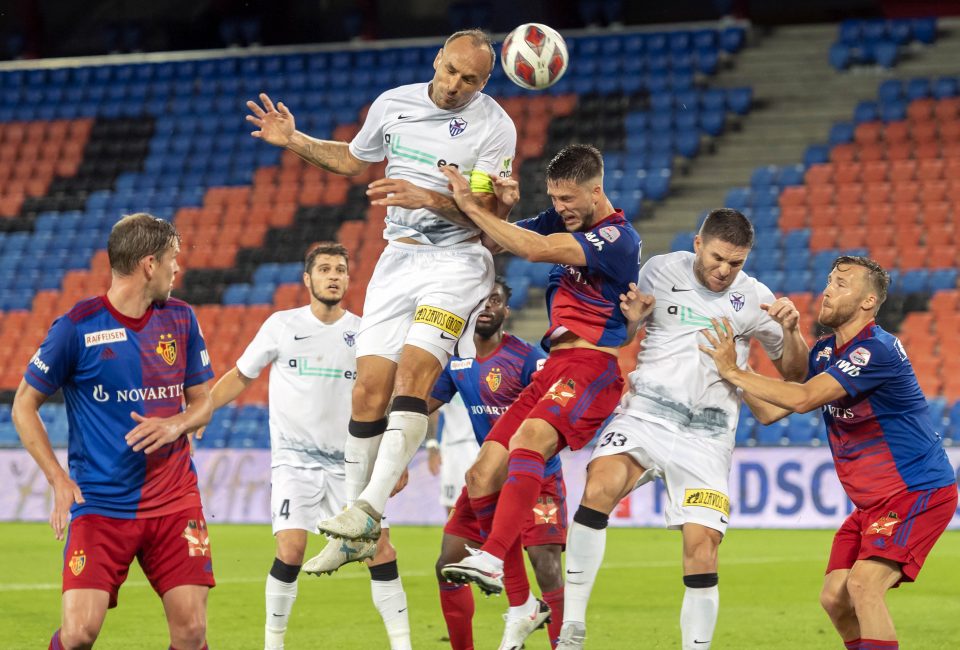 Anorthosis Famagusta were knocked out of the Europa League tonight after suffering a 3-2 defeat at the hands of Swiss side FC Basel in Switzerland.

The game started on the wrong foot for the Cypriot side with the first goal being conceded with just four minutes on the clock. Silvan Widmer took advantage of a loose ball inside the penalty area after a set-piece delivery from Campo was poorly cleared to finish from close range.

Things went from bad to worse for the visitors when Basel scored a second goal in the 12th minute of the first half. After regaining possession, Renato Margaca’s ill-judged pass was easily intercepted, allowing Samuelle Campo to unleash a powerful shot from the edge of the penalty area with the ball fizzing past Loria.

Basel grabbed a third goal in the 21st minute, essentially putting any hopes of an Anorthosis comeback to bed, when Loria spilt the ball after a lukewarm shot from outside the area. The recovering Hambardzumyan suffered the indignity of scoring an own goal, inadvertently nudging the ball into the net in his attempt to clear the ball.

Anorthosis managed to pull one back in the 45th minute after Schildenfeld unwittingly set up Vrgoc through an inability to control a dipping cross. Vrgoc’s instinctive half-volley nestled into Nikolic’s right-hand corner. Basel led 3-1 at the half-time break.

The second half dealt another early blow to Anorthosis after they were reduced to ten men after Okriashvili’s red card. The Georgian winger was deemed to have dived and was punished with a second yellow card by the referee.

Despite the early setback, the Cypriot club showed their resilience by scoring a second goal in the 67th minute through Georgi Kvilitaia’s successful penalty kick. The penalty was won after Padula committed a foul against Hambardzumyan inside the penalty area.

Basel also went down to ten men in the 88th minute after Julian Vonmoos received a second yellow card for a foul on Galitsios. Notably, Vonmoos only came on in the 60th minute.

Unfortunately, Anorthosis could not capitalize on Basel’s red card, especially as it was already quite late in the game when the Basel dismissal took place.

Anorthosis got closest to an equalizer in the 94th minute after Kvilitaia’s strong shot was parried by Nikolic.

“The bad start to the game cost us and was not what we had expected”, said Galitsios after the game.