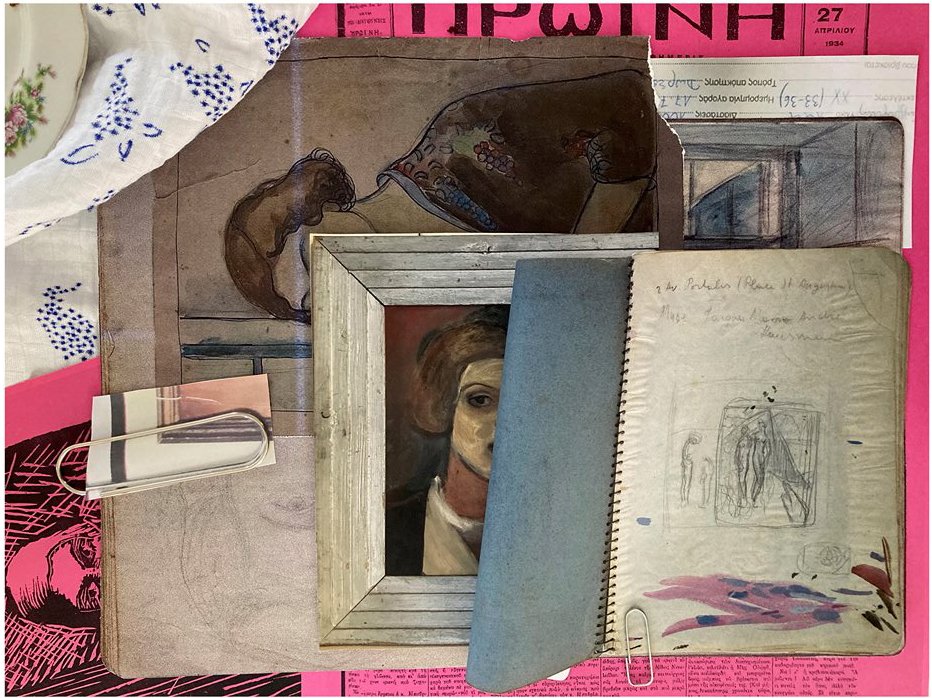 A new exhibition is coming to Nicosia’s Garage Art Space this week presented by the L. Economou Foundation. Loukia Nikolaidou: stories focuses on the agency and visibility of female artists in Greek Cypriot modernity.

Opening on September 25, the exhibition brings to the public a selection of works by pioneer Cypriot artist Loukia Nikolaidou (1909-1994). Throughout her work, Nikolaidou would often turn the gaze of her female figures to face the viewer: no longer subjects observed for the pleasure of the eye, her figures became the observers. The selection presented in the exhibition brings together works from this thematic group and explores new narratives.

Nikolaidou returned to Cyprus from her studies at the Ecole Nationale des Beaux-Arts in Paris in 1933 and went on to exhibit her work three times in rapid succession: in 1934, in the space of an apartment in Stoa Papadoloulou in Phaneromeni, Nicosia, in 1935 at Club Enosi in Limassol, and in 1936 at Gallery 271 again in Limassol. Her efforts, however, were met with indifference by the public, and a year after her last show, in 1937, she moved to London. By the 1950s she had gradually withdrawn from painting and did not return to Cyprus as a painter again.

While her Greek Cypriot contemporaries focused their interest on symbolic representations of women, often shown as farmers or mothers, Nikolaidou turned toward representations of real women rendering their character, their personality, their presence.

The exhibition at Garage, develops around the idea of visibility – the chance for the works to meet the public re-examining the way in which Nikolaidou’s work is perceived today. The artistic activity of Nikolaidou is examined through this lens: the direct gaze of female faces claiming visibility and noting absences from the eclectic canons of modern painting in Cyprus.

Three contemporary writers, Alexandra Manglis, Maria Petrides and Consantia Soteriou, were invited to observe details, motions and elements from the selection of works in the exhibition, and be part of a publication. Their stories are constructed through fragments of information from Nikolaidou’s works and existing stories. Literature, as an alternative to the traditional, historical, analytical approaches to the work of art, can change the narrative and facilitate possibilities for no longer one single history, but a multiplicity of stories.

Suggesting new viewpoints, the exhibition opens the works to new readings aiming to contribute to the discussion of subjects that remain relevant today, like inclusion or exclusion and the claim to space and visibility, both in the visual presentation of the works as well as in their narration.