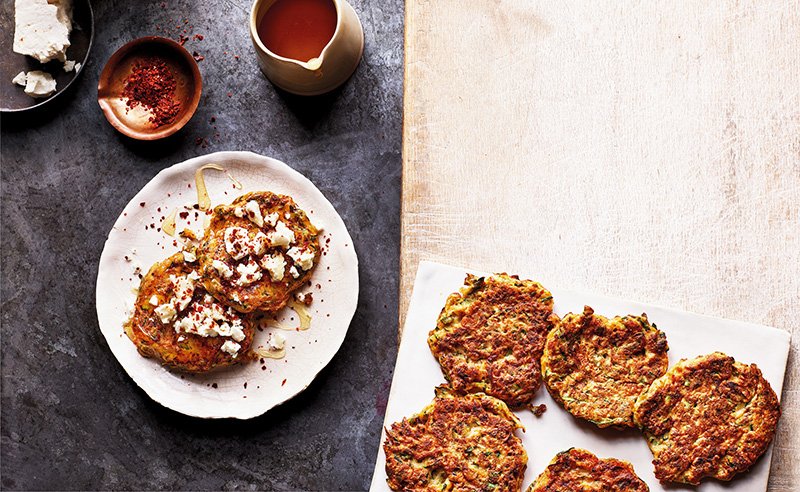 Describing the pandemic as “one hell of a hurdle”, Sabrina Ghayour says this year has been a real challenge – but the only time she’s come close to tears in lockdown? That would be when she suffered a three-tiered baking mishap.

The British-Iranian cook and author of bestselling Persiana had whipped up a trio of gooey chocolate sponges, layered and iced the cakes and popped them in the fridge to chill.

“Fifteen minutes later, mum comes home and I went, ‘Oh my god, you’ve got to see this cake, it’s amazing’,” recalls Ghayour. “I opened the door, and I was just like” – she gasps at the memory of the collapsed creation, half of which had fallen into the fridge door. “I just was speechless, which doesn’t happen very often.”

Rather than ditch the chocolatey mess – which was meant to be a birthday surprise for Ghayour’s partner, Stephen – she salvaged what she could, crafted a smaller cake, and promptly shared the hilarious incident with her nearly 80,000 Instagram followers.

That cake-tastrophe aside, the 44-year-old says she’s been trying to stay positive during lockdown, which she’s spent at her home in Yorkshire.

Home-cooking has been keeping her occupied too. “I’ve cooked every meal since the end of February – with the exception of a few sneaky visits to McDonald’s and now a local pub,” she states.

“It keeps me busy, mentally stimulated, it keeps me going in the absence of being busy elsewhere… And thankfully I’ve got a book coming out, so that will distract me.”

Called Simply: Easy Everyday Dishes, the book is Ghayour’s fifth, promising recipes that are “big on flavour, low on labour” and packed with the Iranian-born cook’s trademark Persian flavours.

Courgette and Oregano Pancakes with Feta and Honey

Coarsely grate the courgettes into a bowl. Tip them into a clean tea towel, gather up the sides and squeeze out the liquid from the courgettes.

Place in a mixing bowl, add the eggs, flour, baking powder, oregano, cumin and pul biber, season generously with salt and pepper and beat together.

Place a large frying pan over a medium-high heat and drizzle in some vegetable oil. Using a tablespoon measure, roughly fill the scoop with the courgette mixture and without overcrowding add dollops to the pan, then gently flatten. Fry for about one minute until the undersides are nicely browned, then flip over and cook until the other sides have browned. Remove from the pan and repeat with the remaining mixture.

Serve the pancakes immediately topped with the crumbled feta, a little drizzle of honey and a sprinkling of pul biber.

Preheat your oven to its highest setting (with fan if it has one). Line a baking tray with baking paper. Mix all the marinade ingredients together in a mixing bowl. Add the salmon and turn until well coated in the marinade.

Spread the salmon out on the prepared baking tray and roast for 10 minutes until cooked through.

Simply: Easy Everyday Dishes by Sabrina Ghayour is out now