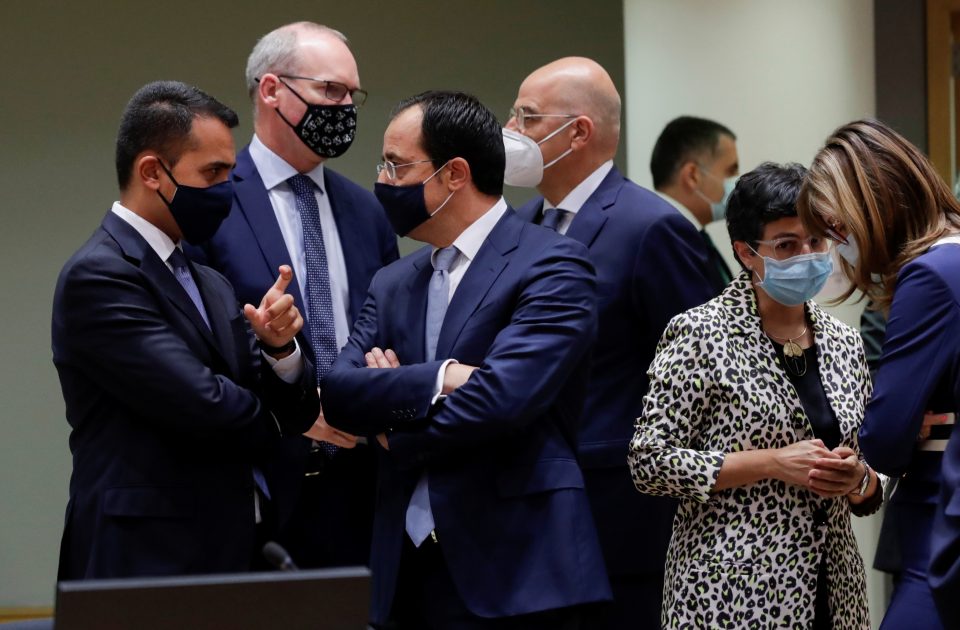 Linking Belarus and Turkey was understandable, but did Cyprus go too far?

Nicosia tried to bite off more than it could chew by linking mooted EU punitive measures against Turkey to sanctions on Belarus, and after this coming week’s European Council the government here will likely need to dial down its rhetoric so as to save face, analysts tell the Sunday Mail.

At last Monday’s EU foreign ministers’ meeting, all the countries – including Greece and France that were supposedly close to Nicosia – backed sanctions on Belarus, with Cyprus the only country holding out.

And although Cyprus did not cast a veto on the Belarus sanctions per se, its stance telegraphed exactly that.

EU sanctions require the support of all 27 member states.

Earlier, Reuters cited an unnamed Cypriot diplomat as saying: “I’m afraid that, as things stand right now, we will have to insist on Belarus. It’s the only weapon that we have.”

The same diplomat added: “The Turks are playing a clever game. Being more engaging towards Greece, they are trying to drive a wedge between the other members and us. We seem to have been left by the wayside.”

Mediation led by German Chancellor Angela Merkel and European Council President Charles Michel has calmed Greek and Turkish tempers after weeks of tension in the eastern Mediterranean, securing an agreement last Tuesday to restart talks on continental shelf boundaries that broke off in 2016.

“Dialogue has reduced the need to threaten sanctions on Turkey and so there’s no consensus among the 27 for such a step right now,” an EU diplomat told Reuters.

Turkey’s decision to pull a seismic exploration ship out of disputed waters was seen as helpful. A postponement of Thursday’s EU summit in Brussels, due to focus on Turkey, has also served to allow more time.

The summit, pushed back due to a coronavirus incident, will now take place on October 1-2.

Foreign Minister Nicos Christodoulides sought to downplay the (non) outcome at the EU foreign ministers’ meeting, insisting that Nicosia did not veto sanctions on Belarus.

Technically he was correct, but he was standing more on form rather than substance.

Either way, next week’s EU summit is extremely unlikely to generate any concrete measures regarding Turkey’s aggressive posture on the high seas over maritime disputes with Greece and Cyprus.

“The most you’ll get is a statement dressed up in generic lingo, something to the effect the EU calls on all parties to engage in dialogue and refrain from raising tensions in the eastern Mediterranean,” a diplomatic source told the Sunday Mail.

That face-saver may just about be enough for President Nicos Anastasiades to return to the island claiming he got something out of the summit.

The same diplomatic source, who requested anonymity, does not fault Cyprus for seeking to play what’s called ‘linkage politics’ in the diplomatic tradecraft.

“For instance this worked well for Cyprus in 2004 when it wanted to accede to the EU. You had Greece and Italy saying they’d endorse a broader expansion of the bloc but only if Cyprus and Malta were accepted too.

“But linkage or package politics depends on the circumstances and what allies you’ve got at any given time. In this case, it was unrealistic to expect France – despite Macron’s strong anti-Turkey rhetoric – to push it too far. And Greece softened its stance once it and Turkey agreed to hold talks on their own maritime disputes. So yes, Nicosia did have a strategy to incur a cost on Turkey for its violations of Cyprus’ exclusive economic zone – but with too many moving parts, and politics always in flux, the Belarus gambit slowly unraveled.”

Asked whether the Cyprus government thought it stood a good chance of pulling it off, the sources said Nicosia used the limited diplomatic tools at its disposal.

“You might also speculate that President Nicos Anastasiades sought to score points on the domestic front, for internal consumption, by showing the Cypriot public that he managed to ‘punish’ Turkey.”

The question now is, how will the government ‘sell’ to the Cypriot public the all-but guaranteed tame stance coming out of the European Council?

“One way to do it, is to dial back the issue of Turkey sanctions or maybe stop speaking about it, so that it ‘goes away’. Let’s face it, right or wrong Cyprus tried to play the linkage game but now it’s trapped itself.”

The same analyst predicts that in time Cyprus will find a way to get on board with sanctions against Belarus and de-couple the two issues.

But will its stance thus far – having disrupted a common EU approach to Belarus – cost Nicosia in the future, in terms of losing goodwill with its European partners?

The sources don’t think so: “If anything, and no matter what’s said in front of the cameras, in private EU leaders will appreciate Nicosia not rocking the boat anymore and going with the flow.”

For Yiannos Katsourides, assistant professor of political science at the University of Nicosia, the episode says more about how the EU operates than about Cyprus’ strategy.

“Look, conceptually Nicosia had a sound approach by trying to couple the two issues. On the one hand, Belarus is accused of democracy violations, but so is Turkey. So why the double standards on the part of the EU? Plus, it’s not like Belarus was threatening the sovereign rights of an EU member state, whereas Turkey is doing exactly that with regard to Cyprus.”

But, Katsourides hastens to add, in the sphere of power politics that argument alone was probably never going to be enough – Cyprus just lacks the sway on the grander EU stage.

“Another angle that deserves a lot more attention, is the narrative here in Cyprus concerning our strong bonds with Greece. But we saw that when push comes to shove, Greece – naturally looking out for its own national interests – decided against taking it to the edge with Turkey. There’s some lessons to be learned there.”

Coronavirus: the Cypriot behind the lab-free 90-minute test