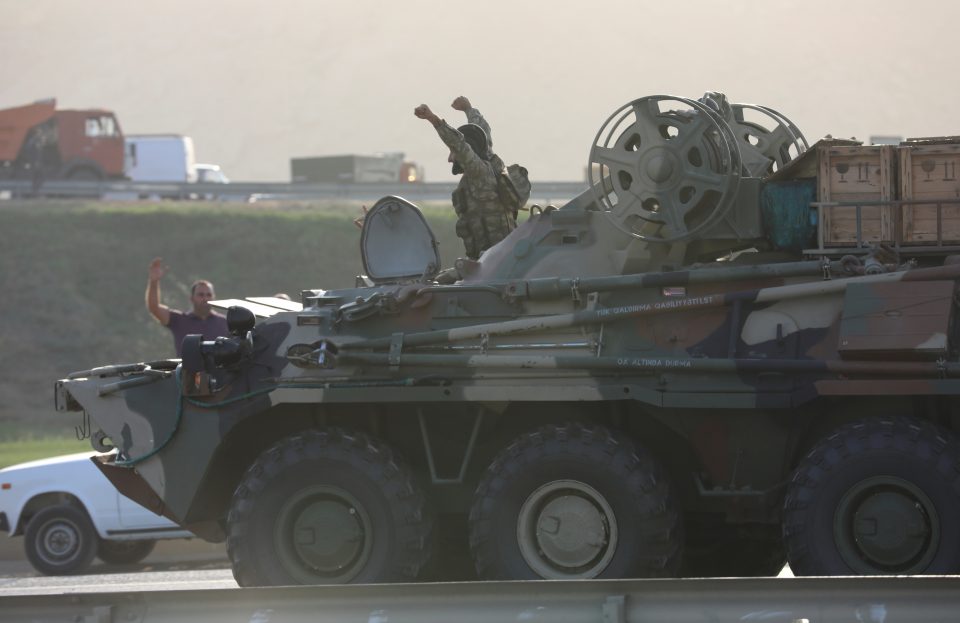 LATEST: The Nagorno-Karabakh breakaway region said on Monday that 15 more of its servicemen had been killed in fighting with Azerbaijan’s forces on Sunday.

Some of the fiercest fighting between Armenia and Azerbaijan since 2016 erupted on Sunday and the defence ministry of the Nagorno-Karabakh breakaway region said the fighting continued on Monday morning.

Nagorno-Karabakh said on Sunday 16 of its servicemen had been killed and more than 100 wounded after Azerbaijan launched an air and artillery attack early on Sunday.

At least 16 military and several civilians were killed on Sunday in the heaviest clashes between Armenia and Azerbaijan since 2016, reigniting concern about stability in the South Caucasus, a corridor for pipelines carrying oil and gas to world markets.

The clashes between the two former Soviet republics, which fought a war in the 1990s, were the latest flare-up of a long-running conflict over Nagorno-Karabakh, a breakaway region that is inside Azerbaijan but is run by ethnic Armenians.

Nagorno-Karabakh said 16 of its serviceman had been killed and more than 100 wounded after Azerbaijan launched an air and artillery attack early on Sunday. Armenia and Nagorno-Karabakh declared martial law and mobilised the male population.

Azerbaijan, which also declared martial law, said its forces responded to Armenian shelling and that they had seized control of up to seven villages, though Nagorno-Karabakh denied this. Azerbaijan’s prosecutor’s office said five members of one family had been killed by Armenian shelling.

The clashes prompted a flurry of diplomacy to prevent a new flare-up of a decades-old conflict between majority Christian Armenia and mainly Muslim Azerbaijan, with Russia calling for an immediate ceasefire and another regional power, Turkey, saying it would support Azerbaijan.

Pipelines shipping Caspian oil and natural gas from Azerbaijan to the world pass close to Nagorno-Karabakh. Armenia also warned about security risks in the South Caucasus in July after Azerbaijan threatened to attack Armenia‘s nuclear power plant as possible retaliation.

Nagorno-Karabakh broke away from Azerbaijan in a conflict that broke out as the Soviet Union collapsed in 1991.

Though a ceasefire was agreed in 1994, after thousands of people were killed and many more displaced, Azerbaijan and Armenia frequently accuse each other of attacks around Nagorno-Karabakh and along the separate Azeri-Armenian frontier.

“We stay strong next to our army to protect our motherland from Azeri invasion,” Armenian Prime Minister Nikol Pashinyan wrote on Twitter.

Azerbaijan denied an Armenian defence ministry statement saying Azeri helicopters and tanks had been destroyed, and accused Armenian forces of launching “deliberate and targeted” attacks along the front line.

“We defend our territory, our cause is right!” Azerbaijan’s president, Ilham Aliyev, said in an address to the nation.

Turkey said it was talking to members of the Minsk group, which mediates between Armenia and Azerbaijan. Russia, France and the United States are co-presidents.

Russian President Vladimir Putin spoke by phone to Pashinyan but no details of the conversation were available, and Turkish President Tayyip Erdogan spoke to Aliyev.

Erdogan, promising support for traditional ally Azerbaijan, said Armenia was “the biggest threat to peace in the region” and called on “the entire world to stand with Azerbaijan in their battle against invasion and cruelty.”

Pashinyan hit back, urged the international community to ensure Turkey does not get involved in the conflict.

France also urged the sides to end hostilities and Pope Francis appealed to them to resolve their differences through negotiations.

The European Union and the Organization for Security and Cooperation in Europe (OSCE) have also urged both sides to stop military actions and return to negotiations.

Trump still banned from Facebook but board calls for company review