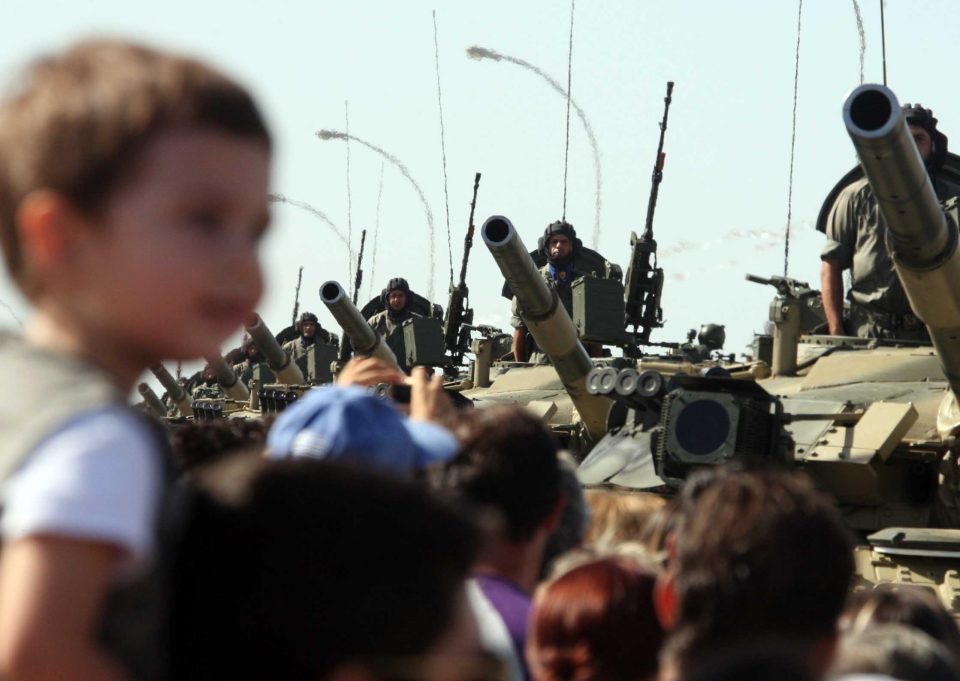 This Year The Public Cannot Attend The Parade

Cyprus turns a milestone 60 years old this coming Thursday, October 1: there will be the usual military parade but no audience, no president, and no birthday party.

The stated reasons for the tepid celebration of the end of British rule are a combination of the coronavirus and political obligations.

The military parade will go ahead, but the public cannot attend because of coronavirus social distancing regulations. President Nicos Anastasiades cannot attend because he will be in Brussels that day for a crucial meeting of the European Council to discuss Belarus and EU-Turkish relations. That meeting was itself delayed from this past week due to a coronavirus scare linked to the president of the council’s staff.

Even the military parade will be scaled down. Again because of coronavirus, a reduced number of soldiers will take part. The acting president and House president, Demetris Syllouris, is expected to take the salute in Anastasiades’ stead.

The customary reception at the presidential palace to mark the anniversary will not take place this year, even after Anastasiades’ return, yet again because of the pandemic.

“A full schedule of events had been prepared by the ministry of education and culture but due to the coronavirus they were reduced to the minimum possible,” government spokesman Kyriacos Kousios told the Sunday Mail.

“It was a solution based on necessity.”

Cyprus did not celebrate independence day as a national holiday until 1979, 19 years after independence.

Meanwhile, some younger Cypriots are not even aware that Cyprus actually became independent on August 16, 1960. Commemorations were moved to October 1 in the early 1960s to avoid the hot summer holiday season.

Such expediency says much about the attitude to Thursday’s anniversary of independence which is always described as a compromise, the result nobody wanted, with the majority of Greek Cypriots set on Enosis and some Turkish Cypriots on partition.

As analysts have observed, the French would never have moved their national day from July 14 or the Americans from July 4 just because it was too hot.

“What country? You mean half a country?” commented 67-year-old Alexandra, questioning what the 60th anniversary was supposed to commemorate.

Costas Hadjimitsis, also 67, feels that no one respected the Cypriot flag.

“We operated a state in an immature way, we respected nothing, and we reached where we are today,” he said.

“I don’t feel we are independent,” said a man in his 30s who wished to remain anonymous. He added that the Republic may have been an independent state perhaps during the first five years.

“When we reunite, then we can discuss independence,” he said.

Vera Zynga, who did not give her age, goes even further

“I feel sadness. We do what we can to destroy Cyprus,” she said. “During the British rule there was justice and order. We don’t have that today.”

But for Adamos Konias, 35, the 60th anniversary is “a happy occasion”.

Konias said complaints by many Cypriots and lack of pride in their country, is an attitude from a previous era.

“I think Cypriots like to moan. [But I think it’s great that] we’ve held on to our Greek identity – for those people who wanted enosis and so on – we’ve managed to survive, join the EU, have a good life. I think it’s a great achievement, and we tend to take it for granted.”

For others, October 1 is first and foremost a public holiday, “a welcome break from work”, according to Ioanna Georgiou.

But she also enjoys seeing the pair of Greek F16 fighter jets that streak across the sky to accompany the parade.

Their absence at last year’s parade which many saw as Greece’s lack of support was criticised by the public, media outlets and some political parties as it was perceived as Athens’ fear of angering Turkey. It was later reported that the aircraft were not sent because of logistical issues due to a military exercise that was taking place in Greece.

“I’ve never been to the parade, but I enjoy watching the F16s that fly over my house that day,” says Georgiou. “I sit outside waiting for them to fly over. I find them fascinating.”

The education and culture ministry has organised a series of events to mark the Republic’s 60th anniversary which is expected to be announced within the coming days.

In the meantime, other organisations are also marking the anniversary.

The Cyprus Symphony Orchestra will hold a celebratory concert on October 2 in Nicosia, to jointly mark the Republic’s 60 years and the 250th anniversary of Ludwig van Beethoven’s birth. The orchestra will celebrate both these milestones with two works by Beethoven: his 3rd Symphony, the Eroica and Egmont overture.

Rialto in Limassol is organising on the same day – October 2 – an event dedicated to culture over the past 60 years of the Republic of Cyprus. President Anastasiades was to attend, but the announcement was made prior to the postponement of the EU leaders’ summit for October 1 and 2.

The University of Cyprus is also holding an event, on October 6, on the country’s foreign policy during these past 60 years. The foreign ministry’s permanent secretary, Kornelios Korneliou, will be the keynote speaker.

The Cyprus High Commission in the United Kingdom is organising a six-day event, the [email protected] Online Festival, showcasing the country’s cultural heritage as well as contemporary Cypriot culture.

Last year the foreign ministry launched an exhibition with more than 500 photos on its history throughout the years to mark the Republic’s 60th anniversary.