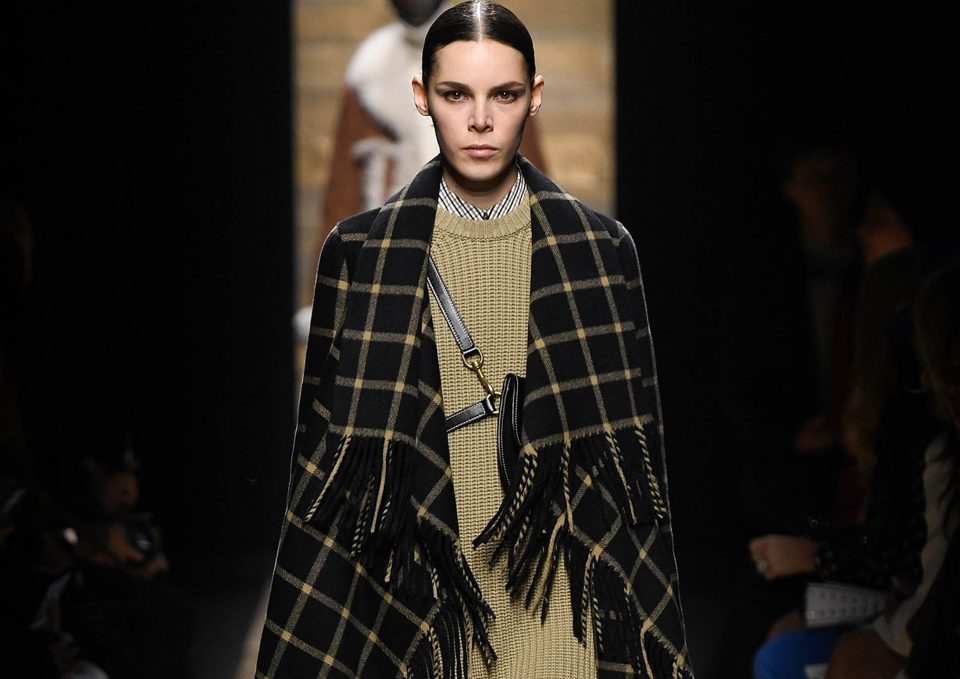 Instead of moping over the end of summer, cheer yourself up by adding a bit of autumnal drama to your wardrobe. And what better way to do so than with a cape?

Capes are the perfect option for confusing, in between weather – they drape delicately over the shoulders, and can be adjusted according to temperature.

Like any other trend, the style has fluctuated in and out of fashion – and this autumn it’s set to be one of the biggest trends in outerwear. But before looking at why everyone from Dior to Celine have fallen back in love with capes, it’s important to understand the style’s history…

Over the years, capes have proved a uniquely democratic item of clothing, worn by people of all social statuses. This could be down to its simplicity – all that’s required is a single piece of material, fastened at the throat.

Peasants, clergy and nobles alike have worn cloaks from the Roman era through to medieval times and onwards, but all styled slightly differently. After all, not quite everyone could afford the opulent, fur-lined, trailing capes of Henry VIII – peasants were far more likely to fling a length of scratchy sack cloth over their shoulders for warmth.

Fashion hasn’t been immune to the charms of a cape. It saw a particular resurgence in popularity in the 1920s, when upper-class women realised it could be more easily worn over their full-skirted dresses than a coat.

The 1960s saw another manifestation of capes, this time styled into brightly-coloured rain jackets by designers like Mary Quant. Again in the Seventies, poncho styles with intricate knitting and patterns became all the rage among hippies.

Over the last decade, the place you’re most likely to see a cape is the red carpet. The past year alone has seen the Duchess of Sussex wearing a caped fire-engine red evening gown, and Angelina Jolie’s flowing, ethereal outfit for the Maleficent: Mistress Of Evil premiere. There’s something about the drama of a cape, which can be swished around as you leave a room, that makes it perfect for the red carpet.

Other than the odd Burberry poncho, capes haven’t been hugely popular in fashion outside of formalwear: until now. The autumn/winter catwalks were full of cloaks, showing just how many ways they can be worn with inspirations plucked from different eras.

One of the most wearable ways to style a cape this season is all about keeping things classic in sleek camel colours with gold accents, as seen on the Celine runway.

Seventies fashion is still having a moment, and Miu Miu made its cape out of the 1970s favourite of shearling – adding texture and warmth to the style. Dior and Roland Mouret combined capes with another big trend of the season – check – which will no doubt prove just as timeless as camel styles.

Another popular style is waterproof, utility-style capes – often with zips, hoods and pockets. For a more Gothic take on the trend, go for a simple and chic charcoal grey style – as seen at Michael Kors and the Dior front row.

The best thing about capes is how easy they are to style. You barely need to think about the rest of your outfit, because tossing over a cape will lend an easy elegance – not to mention some much-needed warmth. If you are stuck, we particularly like cloaks worn with skinny jeans and boots – to keep everything streamlined, making the cape the star of the show.

Throughout history, capes have been worn by all manner of people – and this year, high end and high street designers show there really are no limits to how you wear yours. Although there is one restriction – no arms, please.