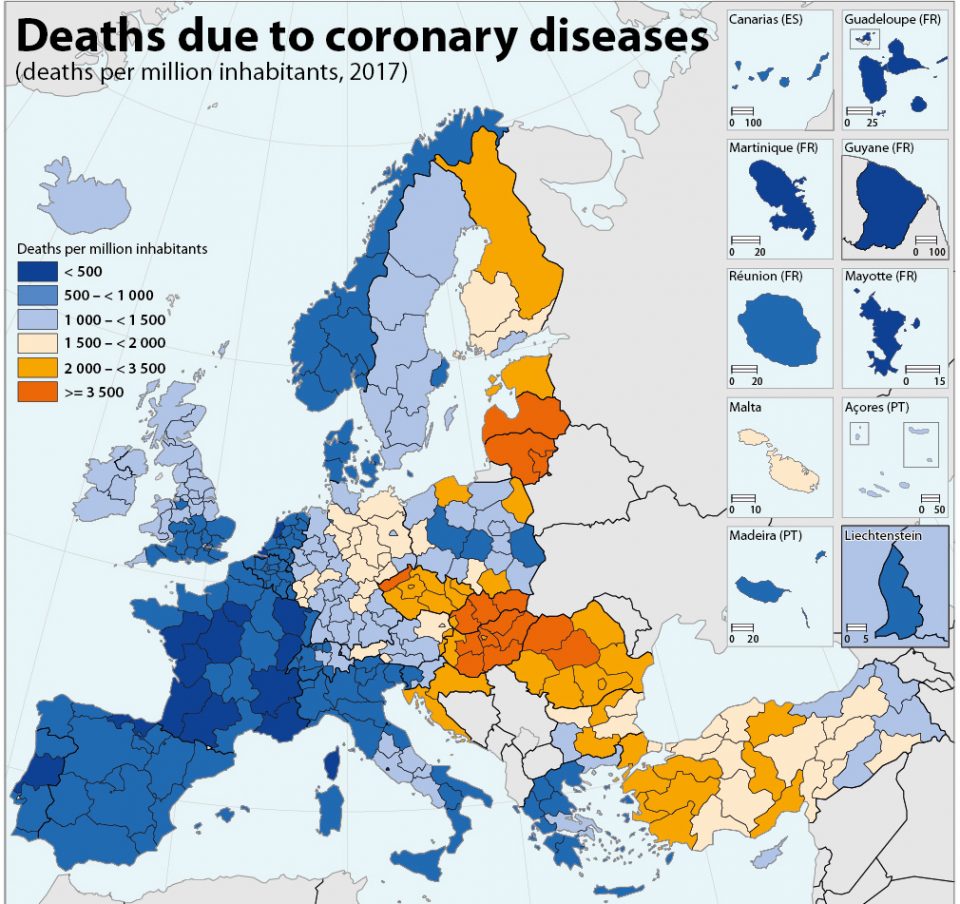 The number of deaths from coronary disease per one million inhabitants in Cyprus in 2016 stood at 1007 which is below the EU 27 average of 1194, according to figures released by Eurostat on Monday. It was 1073.7 in 2017.

Meanwhile, the Cyprus Society of Cardiology has launched a campaign that will run through to October 4, to raise awareness about coronary disease, the biggest cause of death worldwide, and how to prevent it.

The campaign is being run under the auspices of Health Minister Constantinos Ioannou and the Cyprus Medical Association.

Key messages are exercise, healthy eating and no smoking. “For a strong heart we must all introduce aerobic exercise in our daily programme, consume more fruit and reduce fried and fatty foods, sugar and salt to a minimum,” they said.  Regular tests, prohibiting smoking at home, work and places of entertainment, maintaining blood pressure, sugar and cholesterol levels at normal levels are instrumental to eliminating the risk of coronary disease, it added.

With 5362 deaths from heart attacks per million inhabitants, Lithuania registered the highest rate among the EU Member States in 2017. There were high rates also in Hungary (3812) and Slovakia (3753).

Published a day before tomorrow’s World Heart Day, Eurostat’s figures show among the 4,527,500 deaths reported in the EU in 2016, 542,700 were due to coronary diseases, including heart attacks.

Cyprus recorded a total of 6050 deaths of which 647 were due to coronary disease.

In order to compare between countries, the absolute numbers of deaths across Member States need to be adjusted to the size and structure of the population.