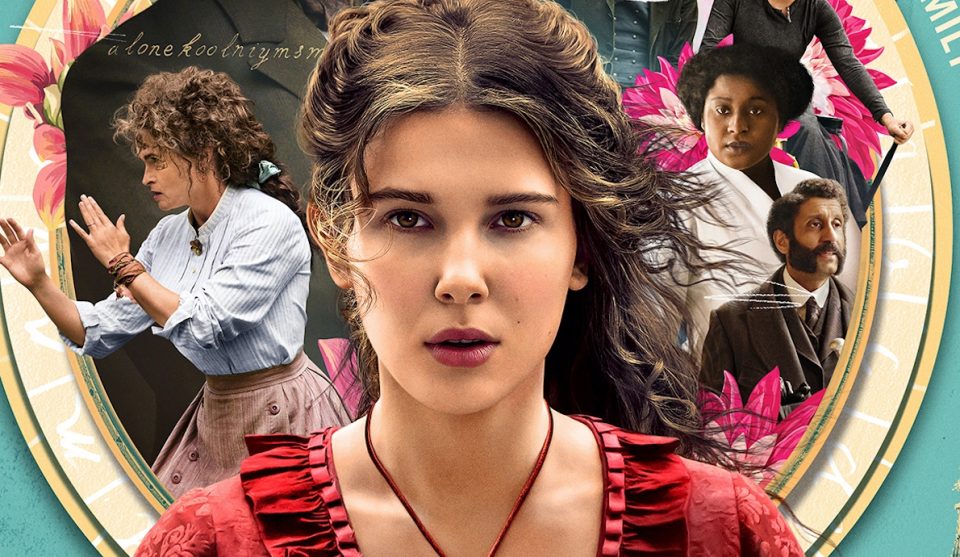 Catching a glimpse of Netflix’s latest film, perhaps through a trailer popping up, you might wonder if your memory has failed you. Was there a younger sister named Enola in the Sherlock Holmes books? Perhaps a tertiary character seldom mentioned by author Sir Arthur Conan Doyle? To spare you the online search, no, there wasn’t.

Enola Holmes is an original creation by American author Nancy Springer, who created her own version of the Sherlock Holmes universe, borrowing the original characters and general setting, while adapting it for a young adult audience and making Enola Holmes the protagonist. In the books, Enola sets off as a 16-year-old girl, 20 years younger than her more established brother Sherlock.

The key incident of the story here is the disappearance of Enola’s mother on the day of her 16th birthday, leading to the reacquaintance between the young girl and her older siblings. The characters soon present themselves through various bits of exposition, including first-person narration and breaking the fourth wall, with these two devices being the sole property of Millie Bobby Brown’s, as well as dialogue, flashbacks and insert shots.

Enola is determined and resolute, fiercely intelligent, skilled in a vast array of things, and generally unconventional for her time. Sherlock and Mycroft are more fleshed out and familiar to us through the original stories, but in this instance the primary attributes that divide the two brothers are Mycroft’s demeanour towards Enola and her mother, as well as his general conservatism in relation to Cavill’s Sherlock. “With Miss Harrison’s help, we’ll make her acceptable for society,” Mycroft states early on, before calling his young sister an “uneducated, underdressed, poorly mannered wildling”.

Enola soon finds common ground with Sherlock, despite a lingering sense of bitterness stemming from his absence over the years. Though she proclaims she does not want a mystery to solve, only for her mother to return and for life to be as it was before, she soon realises the two are inextricably linked. Into the mystery she delves, realising that the family house is littered with clues, hints, messages, all left by her mother, at times through her recollection of stories or advice passed down by the missing Eudoria.

Enola’s quest to find her mother takes her to London, jumping off a moving train and meeting the young Viscount Tewkesbury Marquess of Basilwether in the process. We find out later that the country is preoccupied with the case of the young boy, this missing marquess, with Sherlock refusing to get involved, choosing instead to focus on finding Enola. Inevitably, all of these things become intertwined, with mysteries and quests overlapping as the story moves along.

For someone who had spent her entire life in the countryside, confined to her family house and its immediate surroundings, Enola proves to be quite adaptable during her travels, her inventiveness and guile showcased regularly. In one instance, she deems that travelling alone is best conducted in the guise of a widowed woman. “People are always anxious to avoid conversations about death,” she says. “Widows scare them, and there’s no better disguise than fear,” she explains.

Enola Holmes is a generally agreeable film, balancing mystery, action, and social messages as best as one would hope for in a light, fun-seeking offering. You’ll have to remember that both the source material, as well as the film it has inspired, are aimed at younger audiences, but there’s nothing here to say that they won’t enjoy two hours of puzzle-solving, innocuous action and lighthearted banter.

Lightworker physical appearance | Do you have all 3 Lightworker traits? – George Lizos