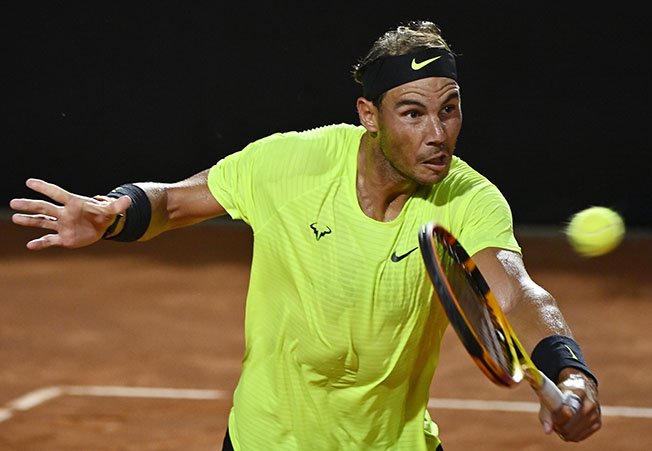 Rafa Nadal will look to continue his Paris love affair when he begins the defence of his French Open title and his quest for a record-equalling 20th Grand Slam against Belarusian Egor Gerasimov on Monday.

Nadal needs seven victories to bring up a century of wins at Roland Garros and collect a record-extending 13th title but the Spaniard knows he will face unprecedented tests over the next two weeks hitting an unfamiliar heavy ball in the biting cold.

“Conditions here probably are the most difficult for me ever in Roland Garros for so many different facts,” Nadal, seeded second behind world number one Novak Djokovic, told reporters.

“I’m just staying positive knowing that the conditions are not perfect for me — maybe not perfect for others, either — and (accepting) that I am going to need my best version to have a chance.”

Another major challenge for Nadal may be his lack of match practice, having played just three matches on clay since the 2019 French Open.

The Spaniard was far from his best in Rome as he suffered a shock quarter-final defeat to Diego Schwartzman last week, with chilly conditions again playing a crucial role.

The new retractable roof on Court Philippe Chatrier might offer some respite for Nadal if weather conditions turn out to be too bad.

The 34-year-old, however, would still start as an overwhelming favourite in any conditions against Gerasimov, who is making his main draw debut at Roland Garros.

“The preparations have been less than usual,” Nadal said. “But you know what? I am here to fight and to play with the highest intensity possible, to practice with the right attitude, to give (myself) a chance. That’s the main goal for me.”

Order of play on the main showcourts on the second day of the French Open on Monday (play begins at 0900 GMT, prefix number denotes seeding):

Aguero ruled out for up to a month, says City boss Guardiola