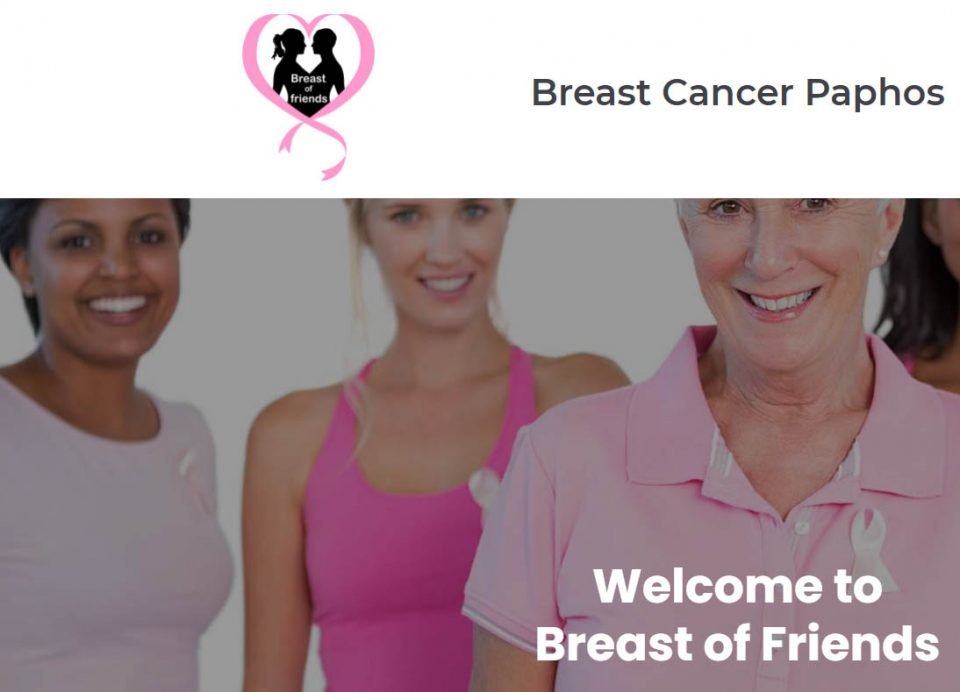 As Breast Cancer Awareness month gets underway, an initiative in Paphos is encouraging residents to take part in an upcoming sponsored walk/run to raise much needed funds.

The sponsored walk/run will take place on Saturday at 4pm, from Paphos castle to the Elysium hotel and back, chairman of the Breast of Friends, Marilyn McMillan said.

“The Breast of Friends is a breast cancer support group and three years ago, thanks to Sue Cordrey of the Paphos Running Group and their women’s group Sole Sisters, an idea was formed to establish an annual walk/run to raise funds for registered charities, the Paphos cancer patients support group and Pasykaf,” McMillan explained.

Breast Cancer Awareness Month is marked around the world in October, and aims to increase awareness and support of early detection and treatment, as well as palliative care.

The Breast of Friends support group was started five years ago by Maxine O’Daly and Cherrie Gregory.

The group aims to support breast cancer patients from discovery to recovery, she noted.

“Our members can offer their experience and knowledge about anything related to breast cancer and it’s a good opportunity to make new friends with people who have experiences or circumstances are similar,” McMillan said.

Breast cancer is the most common invasive cancer affecting women, and is responsible for 18.2 per cent of all cancer deaths worldwide. It is also the leading cancer in women in Cyprus, with approximately 400 new cases diagnosed annually.

Although McMillan has a background in nursing, she said that she found the process daunting when she was diagnosed.

“I didn’t know where to turn to, the hospital didn’t give patients any information, although this is getting better, and the problems can also be practical. I knew there were buses I could get for treatment in other towns for example, but I had no idea where they went from,” she said.

Last year the initiative raised €6,000 which funded a special bed for cancer patients to be used at a patients home, two oxygen machines, as well as arm (compression) sleeves used for Lymphedema.

In addition, O’Daly said a friend has set up a small initiative in Cyprus called Knitted Knockers, following her daughter’s breast cancer diagnosis.

“Knitted Knockers started in America and aims is to seek volunteers who knit for breast cancer survivors, hand made breast prosthesis for women who have undergone mastectomies or other procedures to the breast,” she said.

Special cotton is used which makes it much more comfortable when placed in a bra, O’Daly added.

Only 50 spaces are available at the weekend’s event due to Covid-19 restrictions, however if more people are interested there will be a staggered start.

Registration is at 3.30pm on Saturday October 3 at Paphos harbour, where everyone will be required to wear masks.

Frederick Research Centre announces the launch of the DEFEAT project