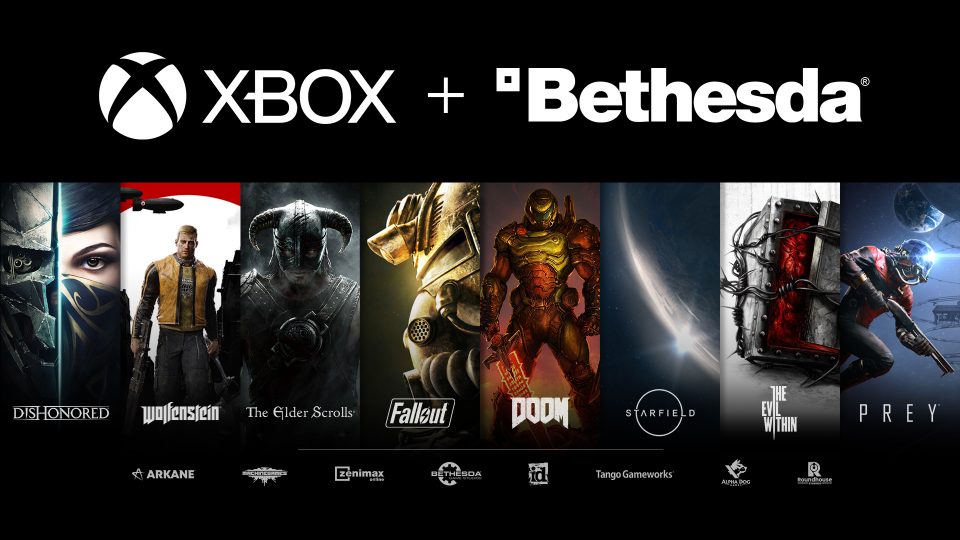 The video game industry has experienced another seismic event with Microsoft’s acquisition of ZeniMax Media, the company which Bethesda Softworks is a subsidiary of in a deal estimated to be worth $7.5 billion.

This marks an incredibly strategic move by Microsoft. Bethesda owns a number of popular and long-running intellectual properties including The Elder Scrolls (running from 1994 until the present day), Fallout (running from 2008 until the present day), Doom (2012 onwards), Wolfenstein (2014 onwards) and the forthcoming games Deathloop (2021) and Ghostwire: Tokyo (2021).

Following the completion of the acquisition, Microsoft will be able to add Bethesda’s properties to its Microsoft Game Pass, a subscription-based cloud-based gaming service. Game Pass, which has roughly 15 million subscribers, allows its users to access a large library of games for a fixed monthly price.

Game Pass is at the core of Microsoft’s strategy as it pertains to the future of the XBox console and its gaming division in general, so the addition of all current and future Bethesda properties is pivotal moment for the company as it adds tremendous value to the product offered to its subscribers.

The acquisition is expected to be completed sometime during the following year. The value of the deal marks a 300 per cent rise from the last time Microsoft acquired a similar company, with 2014’s acquisition of Mojang, the company behind Minecraft, being worth $2.5 billion.

Pete Hines, Bethesda’s senior vice president of PR and marketing, published a blog post commenting on the deal, praising the newfound wealth and assets provided by Microsoft, saying that this will help the company grow and produce better games.

“We’re still Bethesda. We’re still working on the same games we were yesterday, made by the same studios we’ve worked with for years, and those games will be published by us. The deal allows us to make even better games going forward. Microsoft is an incredible partner and offers access to resources that will make us a better publisher and developer,” Hines said.

The timing of the deal’s announcement is far from accidental. The deal was revealed and confirmed one day before pre-orders for Microsoft’s next generation Xbox Series X and X Box Series S went live. Across the proverbial battlefield, Sony’s pre-orders for the PlayStation 5 went live the week before.

This has divided the gaming community. Xbox users have of course welcomed the deal, particularly those on Game Pass already, while others have expressed concerns that this threatens the crossplatform publishing of pre-existing properties, fearing that Xbox exclusivity may deprive them of future releases. Neither Microsoft nor Bethesda have clarified how the deal will play out.