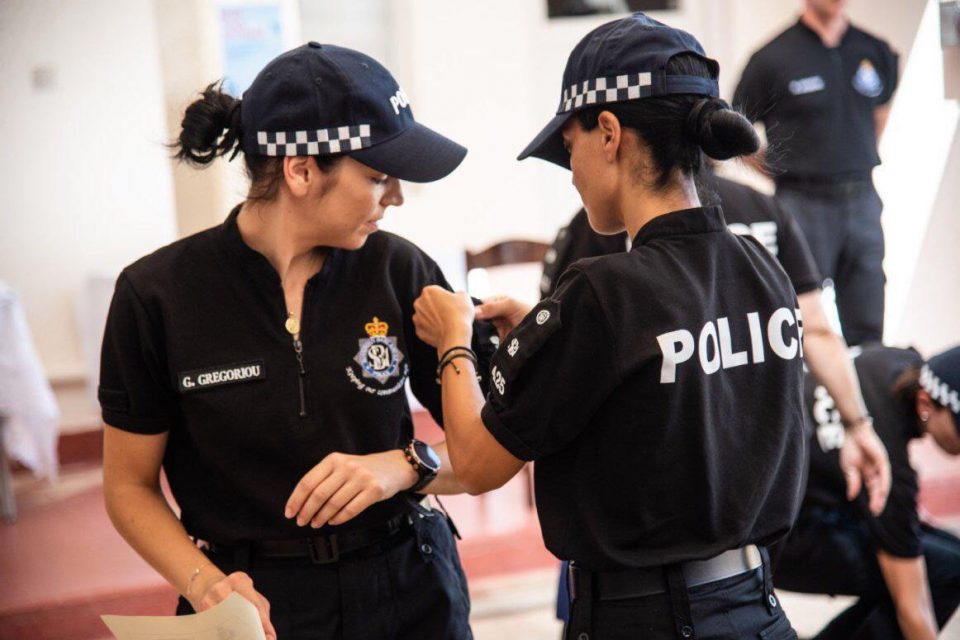 British bases police have added 17 new recruits to the force, the Sovereign Base Area (SBA) said on Wednesday.

The recruits, 15 Greek Cypriots and two Turkish Cypriots, took the official oath of service during a ceremony in Dhekelia.

According to the announcement, they will now begin an intensive two-year training period where they will be schooled on all aspects of policing, including spending time working with more experienced officers at divisions across the SBAs.

SBA police have now welcomed 46 new officers to their ranks in 2020 and according to police chief of staff Maria Atalioti, who headed up the process, police continue to only employ the best of the best.

“It was a rigorous, demanding and challenging recruitment process, clearly aimed to allow us to identify and recruit the very best and most suitable people for the job,” she commented. “Throughout the process, we ensured fairness, integrity and transparency and we are delighted to welcome those successful candidates into our SBA Police force and family.”

Georgia Grigoriou, 31, from Larnaca, is one of the new recruits.

“I always admired the excellent services and prestige of the SBA Police and I feel honoured and excited that I am part of this force,” she said.

“It was a great achievement and I am really proud of myself.  It is not considered to be a job but a duty.”

PC Firat Azaerler, who is from Famagusta, revealed that policing was in his blood.

“I joined the SBA Police because my father was a policeman and I have always dreamt of being one too. I’ve always wanted to be part of this beautiful family and environment,” the 29-year old said.

“It is a very exciting and refreshing feeling that makes me proud for myself that I finally did it. I am looking forward to seeing the next stages of my career now.”

Over 4,000 asylum applications in Cyprus recorded in 2020