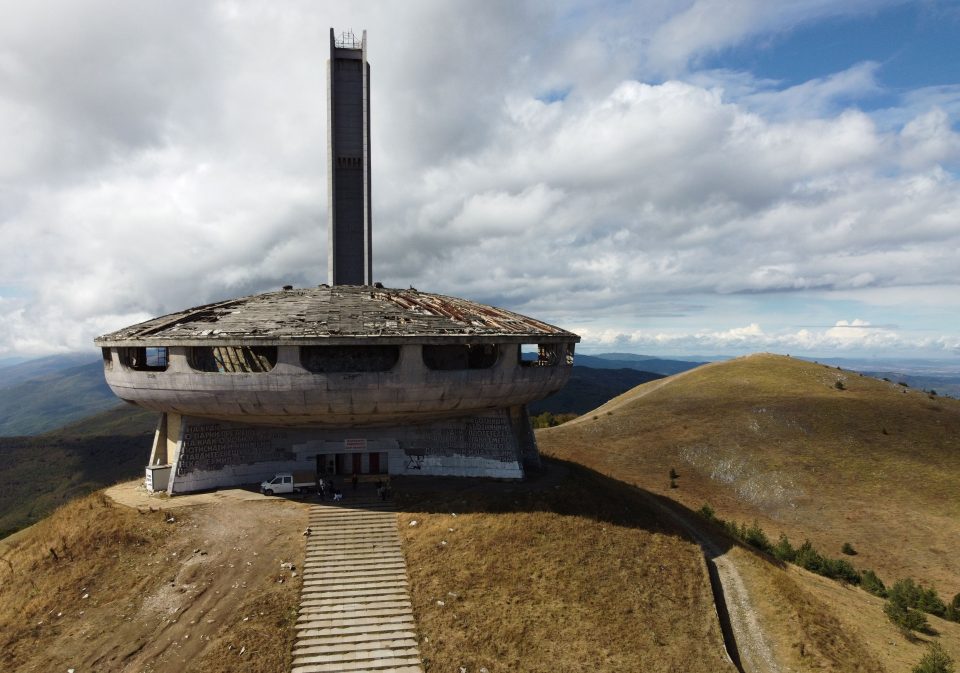 A view shows the Buzludzha monument at Buzludzha peak, in Stara Planina mountains

Perched atop a mountain peak in central Bulgaria, a giant UFO-like concrete monument, built to glorify the Balkan country’s communist rule, has been left to crumble since the totalitarian regime collapsed in 1989.

Some 30 years later, a team of restorers from five European universities is working against time and weather to protect one of the largest modernist mosaics in Europe, while Bulgaria decides on the fate of the controversial monument.

Behind the plan is Bulgarian architect Dora Ivanova, whose foundation won grants from the U.S. Getty Foundation to draw a conservation plan for the abandoned monument and its curved intricate mosaic panels depicting communist propaganda.

“We should not destroy everything that has been created in periods that we like or do not like or are traumatic but on the contrary, they should exist to remind us, to help us learn from the mistakes in the past,” 30-year-old Ivanova said.

The monument, a Brutalist example of Socialist architecture, has fallen victim to vandalism, thieves and severe weather. Different graffiti artists have also left their mark inside next to the original murals of Karl Marx and Vladimir Lenin.

In 2018, the Buzludzha Monument was put on the list of seven most endangered heritage sites in Europe by cultural heritage organisation Europa Nostra, which wanted to have it renovated and opened to the public.

Spread over 900 square metres (9,687 square feet) on curved walls around a ceremonial wall, the mosaics have been damaged by rain and snow pouring through the building’s broken domed ceiling.

For over two months restorers collected fallen pieces, injected mortar and different materials to stabilise them.

“We are sheltering the mosaics from further decay,” said Professor Thomas Danzl, chair of the conservation department at the Technical University of Munich, part of the restorers’ team.

“Such heritage should be protected as memory of the past, even if it is a controversial past,” he said.

Bulgaria has adopted a law declaring the communist regime criminal, but many, shaken by a painful transition to market economy, are still nostalgic for the past.

Different governments have shied away from deciding whether Buzludzha – built in 1981 as a memorial house to the Bulgarian Communist Party – should be protected as a cultural heritage.

Ivanova believes it should be made safe and open for tourists and debates, including on how Bulgarians can come to terms with their recent history.