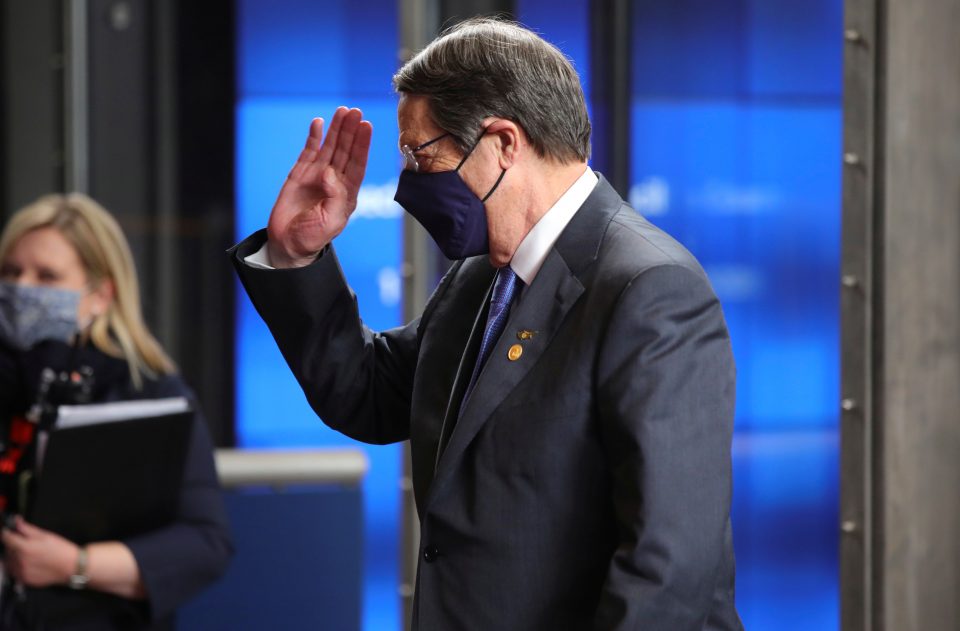 EU leaders broke a diplomatic deadlock in the early hours of Friday and imposed sanctions on Belarus after hours of summit talks, assuring Cyprus that the bloc would also punish Turkey if it continues oil and gas drilling in disputed areas of the Mediterranean.

The compromise struck at the summit that satisfied Cyprus was an agreement to review Turkey’s behaviour in December and impose sanctions then if its “provocations” have not stopped, European Commission President Ursula von der Leyen said after the summit.

“We want a positive and constructive relationship with Turkey, and this would be also be very much in Ankara’s interest,” she told a news conference.

“But it will only work if the provocations and pressures stop. We therefore expect that Turkey from now on abstains from unilateral actions. In case of such renewed actions by Ankara the EU will use all its instruments and options available.”

But on Friday the Turkish Foreign Ministry said that some elements of the European Union summit decisions concerning Turkey were positive, but many areas were “divorced from realities”.

The deal on sanctions against about 40 officials accused of rigging August’s presidential election in Belarus means the EU can make good on a promise to support pro-democracy protesters in Minsk and regain some credibility after weeks of delays.

“The European Union is taking action against those who stand in the way of democracy,” German Chancellor Angela Merkel said after fraught discussions among the 27 EU member states that dragged past midnight. “I think that is an important signal.”

While Britain and Canada have imposed sanctions on Minsk to show support for pro-democracy demonstrations there, the impasse in the EU, where decisions are taken by unanimity, has dented the credibility of the bloc’s foreign policy, diplomats say.

Cyprus, one of the EU’s smallest countries, had blocked the action against Belarus for a month, insisting that sanctions also be imposed on its neighbour Turkey for oil and gas exploration along the coast of the Mediterranean island.

The 27 EU heads of states and government taking part at the European Council, in Brussels, agreed that “the EU has a strategic interest in a stable and secure environment in the Eastern Mediterranean and in the development of a cooperative and mutually beneficial relationship with Turkey.

“Pursuing dialogue in good faith and abstaining from unilateral actions which run counter to the EU interests and violate international law and the sovereign rights of EU Member States is an absolute requirement in this regard. All differences must be resolved through peaceful dialogue and in accordance with international law. In this context, the European Council reiterates its full solidarity with Greece and Cyprus, whose sovereignty and sovereign rights must be respected” the Council Conclusions said.

At the same time, the European Council strongly condemns violations of the sovereign rights of the Republic of Cyprus “which must stop.” The European Council calls on Turkey to abstain from similar actions in the future, in breach of international law. It also underlines that the delimitation of the Continental Shelf and Exclusive Economic Zone should be addressed through dialogue and negotiation in good faith, in full respect of international law, and calls on Turkey to accept the invitation by Cyprus to engage in dialogue with the objective of settling all maritime-related disputes between Turkey and Cyprus.

However on Friday the Turkish foreign ministry said Turkish Petroleum will continue hydrocarbon exploration and drilling around Cyprus until Turkish and Greek Cypriots start negotiations to share resources equitably.

The European Council also supported the speedy resumption of negotiations on the Cyprus problem, under the auspices of the UN.

Germany pushed back against a tough stand on Turkey, fearing it would disrupt efforts to cool tensions with EU member Greece.

Turkey, both a candidate to join the EU and a member of NATO, has slid towards authoritarianism under President Tayyip Erdogan but remains a strategically located partner that the EU cannot ignore.

In a sign that the diplomatic stand-off is easing at least between Athens and Ankara, NATO announced on Thursday that the two alliance members had set up a “military de-confliction mechanism” to avoid accidental clashes at sea.

“The EU issues a clear threat of sanctions against Turkey should it continue to violate international law,” Austrian Chancellor Sebastian Kurz said on Twitter after the meeting.

European Council President Charles Michel described it as a “double strategy” towards Ankara, offering closer relations on trade and other fronts but holding out the threat of sanctions if it fails to de-escalate tensions in the Mediterranean.

“It was the most that Merkel would bear,” said an EU diplomat after the talks. “She felt the Union should give Turkey a chance for another few weeks. But Turkey has been put on notice and the ball is in its court.”

The European Council called for a Multilateral Conference on the Eastern Mediterranean and invites the High Representative to engage in talks about its organisation. Modalities such as participation, scope and timeline will need to be agreed with all involved parties, it is noted. “The Conference could address issues on which multilateral solutions are needed, including maritime delimitation, security, energy, migration and economic cooperation” Council Conclusions said. 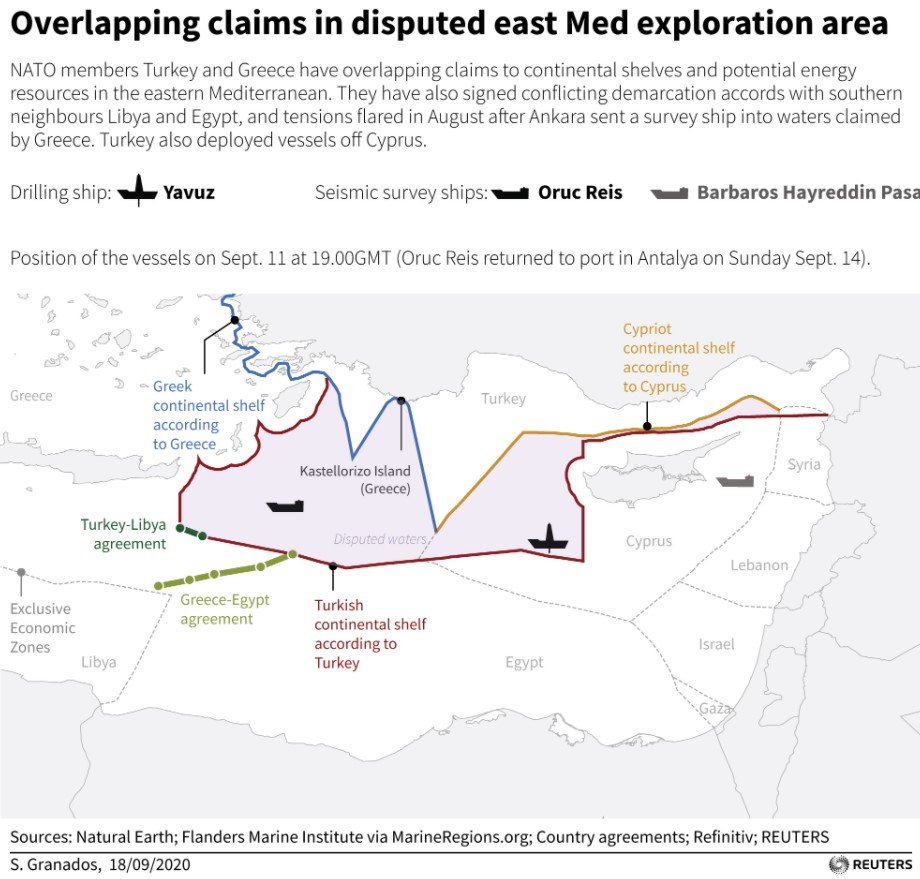