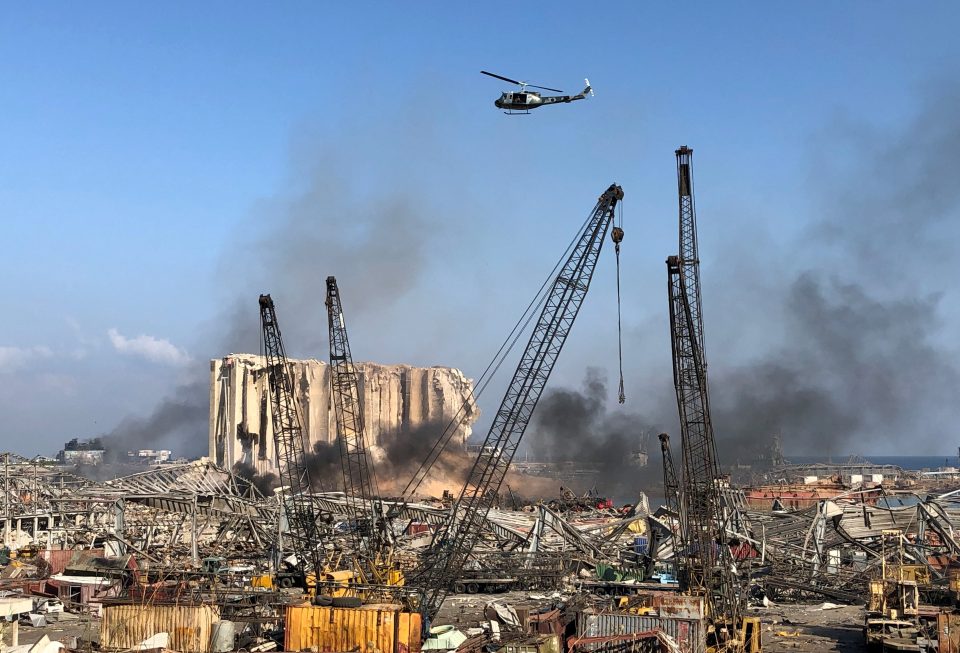 Lebanon has asked Interpol to issue arrest warrants for the Russian captain and owner of the ship that brought the explosive material that detonated at Beirut port in August, killing nearly 200 people, state media reported late on Thursday.

About two months after the explosion that injured thousands and ravaged the Lebanese capital, questions remain about why and how the cargo was abandoned in Beirut.

Authorities have blamed it on the huge stockpile of ammonium nitrate, used for fertiliser but also for explosives, going up in flames after being stored in poor conditions at the port for years.

There have also been accusations of negligence against Lebanese authorities. Nearly 20 people have been detained in Lebanon after the blast including port and customs officials.

Boris Prokoshev was captain of the Rhosus ship when it arrived in Beirut in 2013, and he had identified Igor Grechushkin, a Russian businessman in Cyprus, as the owner. A security source and a judicial source said they were the two for whom Lebanon asked for arrest warrants on Thursday.

Grechushkin, 43, was questioned in Cyprus in August.

Cyprus police spokesman Christos Andreou said, regarding an Interpol request on Thursday: “We have not received such a request.”

Prokoshev, who is in Russia, said he had not heard anything about it and that he has not been contacted by investigators before.

He has told Reuters that 2,750 tonnes of the chemicals ended up in Beirut after the ship’s owner told him to divert to Beirut to pick up extra cargo in 2013. He has also said Lebanese authorities paid little attention to the ammonium nitrate, which had been stacked in the hull in large sacks.

The Rhosus had loaded ammonium nitrate in Georgia, shipping records show, before making the unscheduled stop in Lebanon.

But it never left, becoming tangled in a legal dispute over unpaid port fees and ship defects.

Beirut port authorities impounded the vessel after it arrived in late 2013 due to outstanding debts, according to a state security report which Reuters revealed in August. In 2014, the ship was deemed unseaworthy and its cargo was unloaded in October and warehoused in what was known as Hangar 12, the epicentre of the explosion.

The ship sank near the port’s breakwater in February 2018, the report said.