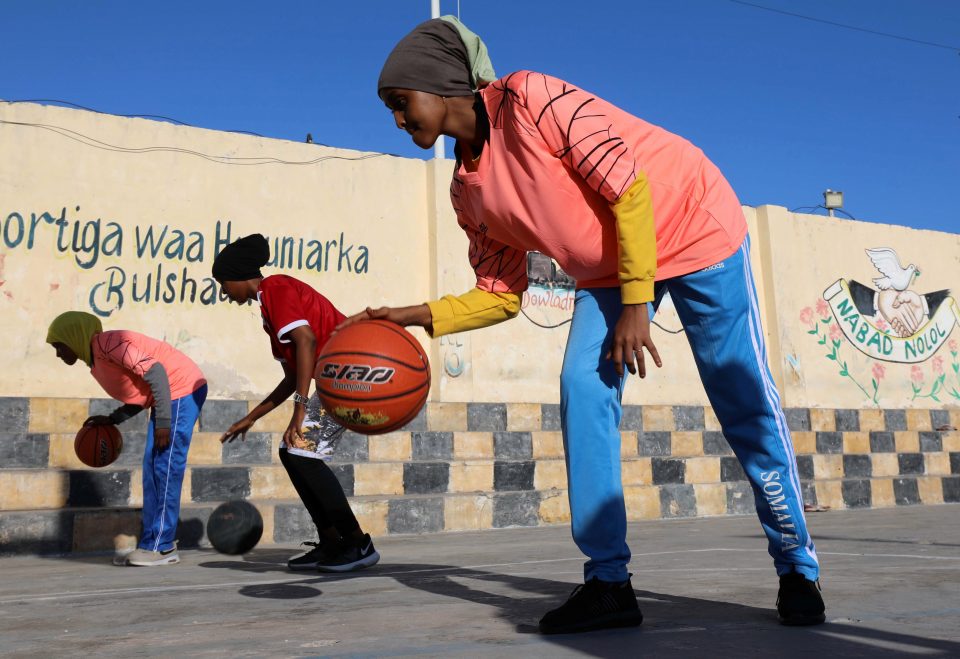 Somali women practice basketball at a court in Mogadishu

The Hoops won through to the group stage of European football’s second-tier club competition with a well-deserved 1-0 win over Sarajevo in Bosnia-Herzegovina thanks to an Odsonne Edouard goal.

The Parkhead boss praised the way his players responded to being knocked out of the Champions League qualifiers by Ferencvaros in August with seven straight wins and they go into Friday’s draw with confidence.

Lennon, who revealed Nir Bitton is set to miss Israel’s Euro 2020 play-off semi-final against Scotland at Hampden Park next week after picking up an early injury, said: “My immediate reaction is one of complete delight and pride. I thought that we were excellent.

“We should have won the game by more, but it was a dominant performance against a strong physical team, and well organised.

“You know there was definitely a fall out after Ferencvaros where we were bitterly disappointed and it lingers for a while, but hopefully that’s gone and we can look forward to the rest of the season.

“Since then we’ve won seven in a row and we have one more game to negotiate at the weekend before we have a break.

“Whenever we have a defeat the magnitude of the criticism is huge and sometimes overplayed.

“However, you have to accept that and we have to galvanise ourselves again to pull through a difficult period. And I think we’ve come out the other side of that.

“We have so much to look forward to now, whether it be domestically or in Europe.”

Lennon was pleased with the way his side overcame a poor pitch to dominate the match.

The Northern Irishman said: “I can’t tell you how bad the pitch was tonight, it was awful.

“So we have to adapt, we have to be more aggressive with our play, put more crosses in the box and try to switch the play quicker. And we did that really well in the second half.

“Defensively, again, I thought the goalkeeper and three centre-halves had an outstanding night, but then the team as a whole and the squad as a whole have been brilliant.”

The former Celtic midfielder acknowledged another important goal from French striker Edouard, who pounced in the 69th minute when Sarajevo keeper Vladan Kovacevic fumbled a powerful drive from Ryan Christie.

He said: “It’s a real good striker’s goal and I thought we worked the opportunity really well.

“Ryan picked the right option, the right decision to have the shot.

“The ball’s bounced up in front of the goalkeeper and Odsonne reacted brilliantly.”

On Bitton, who had to be replaced by fellow Israel international Hatem Elhamed after just nine minutes when he failed to shrug off the effects of a foul by Aleksandar Pejovic, Lennon said: “Nir Bitton has badly twisted his ankle and he will miss the weekend and probably the internationals for Israel.”

Art that was never finished