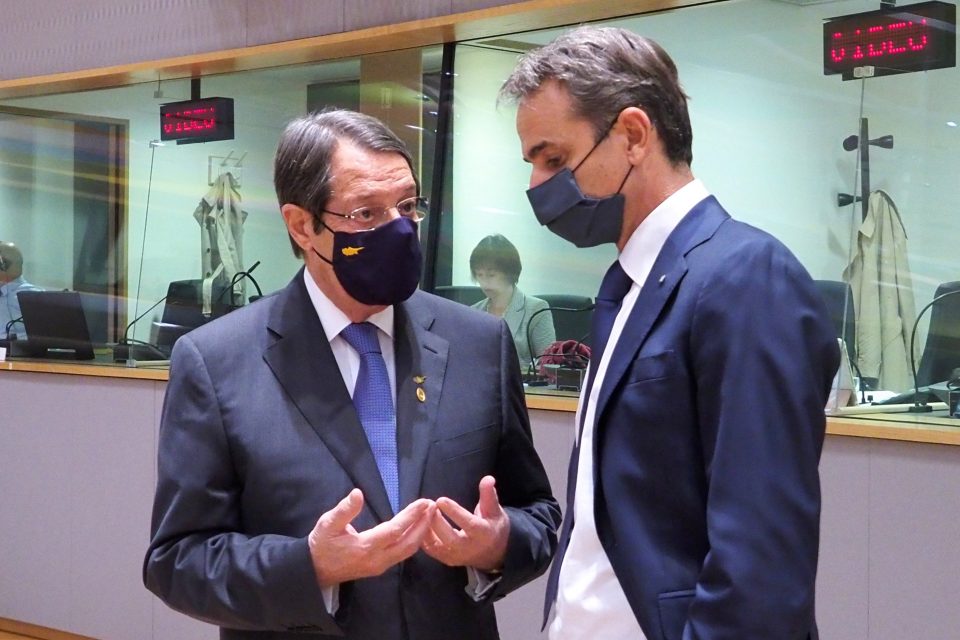 Political parties gave a mixed verdict to the EU’s decision not to impose sanctions on Turkey, with Opposition parties speaking of failure by the government and ruling Disy countering that the Summit had both denounced Turkey’s provocations and given a chance to dialogue.

Hours after EU leaders agreed to impose sanctions on Belarus and assured Cyprus the bloc would also punish Turkey if it continues oil and gas drilling in disputed areas of the Mediterranean, Disy said that the EU had set Ankara before its responsibilities through its call to accept the invitation by Cyprus and Greece to engage in dialogue within a set timeframe, based on the international law.

It also welcomed support from the EU Council for a speedy resumption of the talks and its clear reference to UN resolutions on Famagusta.

“The conclusions re-connect the resolution of the Cyprus issue with the deepening of EU-Turkish relations and give a clear message that a repetition of Turkey’s delinquent behaviour will be considered a threat to European security and will be dealt with by the EU with all the tools at its disposal,” it said.

However, in a strongly worded statement Diko president Nicolas Papadopoulos spoke of a new failure for President Nicos Anastasiades and his foreign minister.

There was criticism also from Akel, which said that the government had failed to meet its own objectives, while stressing that sanctions were not a target in themselves but a tool to achieve de-escalation of the tension and a Cyprus settlement and this is what the government should focus on.

Edek, Citizens Alliance and the Greens also had harsh words.

Cyprus had gone to the EU Council saying the bloc should impose sanctions on both Turkey and Belarus, only to face enormous pressure to drop this demand.

After lengthy talks at the summit a compromise was struck to review Turkey’s behaviour in December and impose sanctions then if its ‘provocations’ have not stopped.

In a written statement, Papadopoulos spoke of a new “negative development” for the Republic of Cyprus and called for a meeting of the National Council to forge a new strategy that will boost Nicosia’s negotiating position and its credibility.

The EU summit’s decision damages the country’s credibility and disappoints the people of Cyprus, he added.

It is obvious that the spasmodic actions and regressions of recent years vis-à-vis Turkey and the occupation regime cannot lead to the desired result. Developments such as those of last night, combined with the pompous remarks and the ‘fireworks’ of recent days have damaged Cyprus’ credibility even further within the EU Council, he added.

“Based on the objectives it had set, the government has failed. The government did not reach the bar it has set,” Akel spokesman Stephanos Stephanou said.

He said Akel had warned against illusions as to how the EU operates and noted the strong economic and geopolitical interests linking EU states with Turkey. “We also stressed that sanctions are not a purpose in themselves but a tool to achieve the main objective which is de-escalation of the tension and a Cyprus settlement.”

The text of the conclusions repeats previous references of the EU with verbal warnings to Turkey to terminate violations of the sovereign rights of the Republic of Cyprus, the spokesman said. He also noted the references to the need to resume negotiations for a Cyprus settlement and the reference to the UN resolution on Famagusta.

“The government’s obligation is to focus on the objective of de-escalation of the tension and a Cyprus settlement. This is the message that the government must deliver to the international community, consistently and persuasively,” he added.

Despite positive elements in the final text such as the solidarity voiced to Cyprus and Greece over Turkey’s illegal actions, the summit had not showed decisiveness by taking specific measures against Turkey, Edek said.

Repeated reference to measures that will be taken sometime in the future, without these being taken, makes the declaration ineffective and lacking in credibility, it said.

It is clear that the majority of EU member states does not want practical measures taken against Turkey, leading to the passing of time and encouraging Ankara to continue its aggressive behaviour, the party added.

The Citizens Alliance said the Republic had failed at the summit as the conclusions can be interpreted by Turkey as encouragement. It noted that Ankara had managed to have some of its demands, such as updating the customs union, adopted. The Republic of Cyprus had only secured verbal denunciations which indirectly suggest potential sanctions against Turkey.

The Greens said the outcome of the summit was disappointing but expected, noting that overall the summit had not expressed solidarity at a time when an EU member state is being attacked by a third country.

Despite the positive elements, the three-month grace period given to Turkey sent to wrong messages, it added.

Why Sia had to hide behind a mask