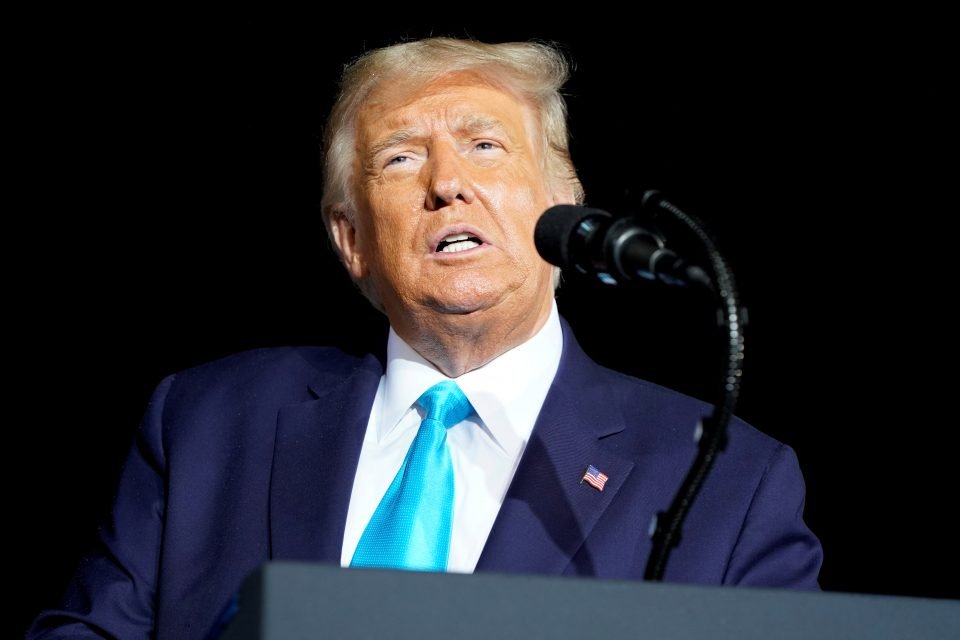 U.S. President Donald Trump is experiencing mild symptoms but will keep working after testing positive for the coronavirus, administration officials said on Friday, as the White House and presidential election campaign scrambled to adjust to the bombshell development.

Trump, who has played down the threat of the coronavirus pandemic from the outset, said he and his wife Melania were going into quarantine after testing positive for the virus, which has killed more than 200,000 Americans and dealt severe damage to the U.S. economy.

Trump is not incapacitated and is working in isolation to avoid infecting others, officials said. Treasury Secretary Steven Mnuchin and White House Chief of Staff Mark Meadows said the president, 74, was exhibiting mild symptoms. They gave no more details about his condition.

“We have a president that is not only on the job but will remain on the job and I’m optimistic that he will have a very quick and speedy recovery,” Meadows told reporters.

An active Twitter user, Trump has not posted any messages since announcing his positive test early Friday morning.

Stocks on Wall Street fell almost 1% on news of one of the biggest health scares involving an American president for decades.

Trump advisers acknowledged they would have to rip up their plans for the final weeks of the campaign. Trump has held in-person rallies with supporters who mainly decline to wear masks, and has mocked Biden for avoiding such events.

“Trump is a high-energy president with a giant personality. Without his persona, the campaign is missing its energy,” Republican fundraiser Dan Eberhart said.

Biden and his wife Jill Biden tested negative on Friday, his campaign said.

Trump’s illness also raised questions about the health of others atop the U.S. government.

Vice President Mike Pence and his wife tested negative, a Pence spokesman said. The White House official said Pence would work from his own residence several miles from the White House and his staff was being kept separate from Trump’s staff.

Pence, 61, a conservative former U.S. lawmaker and Indiana governor, would take over if Trump were to become incapacitated.

House of Representatives Speaker Nancy Pelosi, third in line for the presidency, said on MSNBC that she had tested negative.

Just hours before Trump’s announcement, the president had proclaimed the pandemic almost over, while Biden had accused Trump of trying to distract from a “failed” response to the disease, which has killed more people in the United States than any other country.

Trump is at high risk because of his age and weight. He has remained in apparent good health during his time in office but is not known to exercise regularly or to follow a healthy diet.

Biden wished Trump and the first lady a speedy recovery. “We will continue to pray for the health and safety of the president and his family,” he said on Twitter.

Democratic vice presidential nominee Kamala Harris tested negative on Friday, according to a person familiar with the matter. Staffers were told to go ahead with the day’s planned events.

The Republican National Committee would chose a replacement nominee if Trump were to become incapacitated, but it is already too late in most states to change the names on the ballot. Millions of ballots have been sent out to voters and at least 2.2 million people have already voted, according to figures compiled by University of Florida professor Michael McDonald.

Trump understated the seriousness of the coronavirus outbreak in its early stages and has repeatedly predicted it would go away. He has rarely worn a mask in public and regularly mocks others including Biden for wearing them so often.

Questions surrounded his decision to go ahead with a fundraiser at his Bedminster, New Jersey, golf club on Thursday after White House staffer Hope Hicks tested positive. Some at the event wore masks while others did not, a source familiar with the event said.

Trump’s positive test also means that others at the highest levels of the U.S. government have been exposed and may have to quarantine, too. Mnuchin, Attorney General William Barr, Trump’s son-in-law Jared Kushner, and Commerce Secretary Wilbur Ross were among those who tested negative, officials said.

Contract tracing is underway at the White House, and the campaign is directing staffers who were exposed to someone who tested positive for the disease to quarantine, officials said.

International leaders and U.S. politicians on both sides of the aisle offered sympathy. Pelosi and other Democratic leaders also said they hoped Trump’s diagnosis would prompt him to behave more cautiously going forward.

Trump’s estranged niece Mary Trump took a swipe at him for his handling of the response to the pandemic.

“I reserve my sympathy, empathy, and despair for those who are sick and for those who have died because they were misled, lied to, or ignored,” she wrote on Twitter.

Trump is the latest world leader to be tested positive for the virus, which can cause a severe respiratory infection.

The president’s condition is likely to bring the pandemic back to center stage in the race, after the death of Supreme Court Justice Ruth Bader Ginsburg shifted the campaign’s focus.

Trump’s proposed replacement, Amy Coney Barrett, has tested negative, a White House official said. But one senator who met with her this week, Republican Mike Lee, said he had tested positive.

Other White House staffers have previously tested positive for the virus.

But testing at the complex was scaled back this summer as Trump sought to project a return-to-normality message.

Trump ridiculed Biden at Tuesday’s debate for wearing a mask: “Every time you see him, he’s got a mask. He could be speaking 200 feet away from them and he shows up with the biggest mask I’ve ever seen.”

Our View: Gesy’s failings must continue to be highlighted