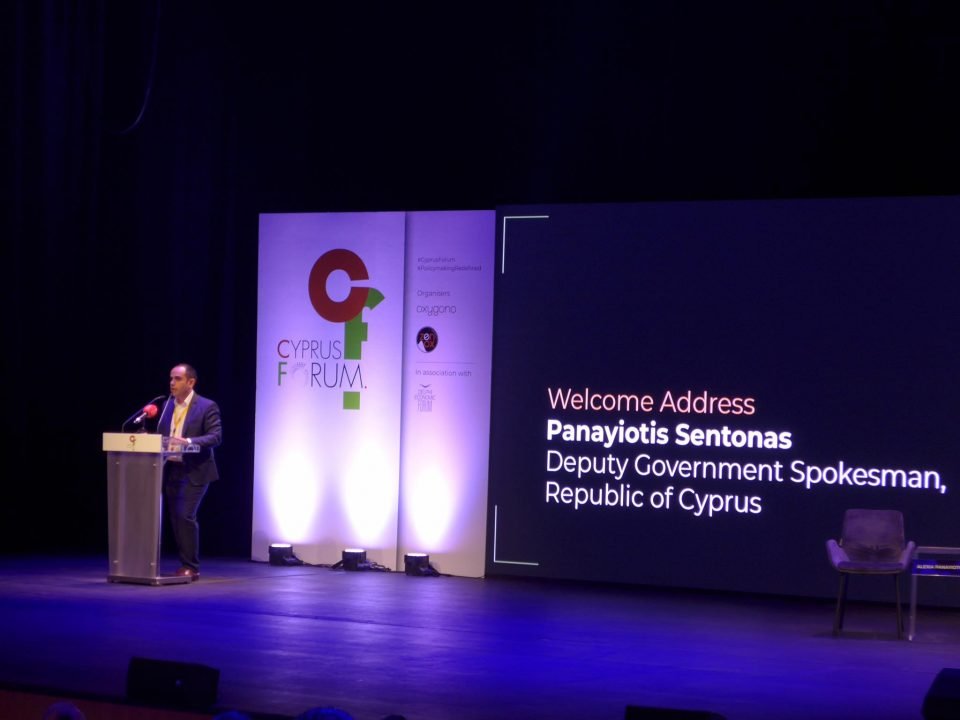 The Cyprus Forum, a new, independent and not-for-profit conference was launched on Saturday coinciding with the 60th anniversary of Cyprus’ independence.

The forum seeks to become a lever and catalyst for change through discussions and debate leading to commitments, actions and ultimately outcomes that will improve and promote sustainable and socially responsible policy in Cyprus and the wider Eastern Mediterranean region.

It brings together local and foreign political leaders, important figures from the public and the private sector, the media, academia and civic society with the aim of initiating dialogue, exchanging ideas and finding new and creative solutions to key areas of public policy.

Each year, the Cyprus Forum will focus on topical policy areas, all of which are linked to society as a whole, and will be in need of more creative thinking. The pillars, which take into account the UN Sustainable Development Goals are as follows:

Each of the topics will be addressed by a panel of speakers, selected for their professional and academic credentials, their innovative ideas, and their combined ability to influence decision-making and policy-making. Discussions will be held in English with interpretation available for participants.

“The Cyprus Forum welcomes everyone who wants to see change and who favours the promotion of reforms in Cyprus. It encourages participation of citizens from all socio-economic backgrounds, organisations (public, private and NGO) and businesses,” the organisers said.

The conference is organised by Oxygono and Zenox, in association with the Delphi Economic Forum.

President Nicos Anastasiades addressed the forum on Saturday through his deputy spokesman Panayiotis Sentonas saying the event was a worthwhile initiative.

“First of all, he added, because it aims at constructive dialogue, the reflection and the exchange of views on topical and essential issues, which concern every critical and active citizen and the wider society,” the president’s address said.

The main thing, he added, would be discussion in the context of a political culture and the submission of proposals for creative solutions in a multidisciplinary field consisting of key social issues.

“The whole event aims to bridge the gap between political leaders and ordinary citizens who are inevitably the recipients of political decision-making centres, but above all to create a channel of communication between them away from divisive rhetoric, outdated perceptions and conflicts.”

He said the first event represented had a special symbolism, since it coincides with the 60th anniversary of the Republic.

In the introductory speech, the head of the organising committee of the Cyprus Forum Dr Nikolas Kyriakides said that they wanted to create an institution that would bring together politicians, businessmen, academics, active citizens and the media, from all ideological areas, in a celebration of ideas for our common future.

“We want to unite all the reformist voices so that they can be heard and not be alone and at the same time help the officials in their difficult task,” he said.