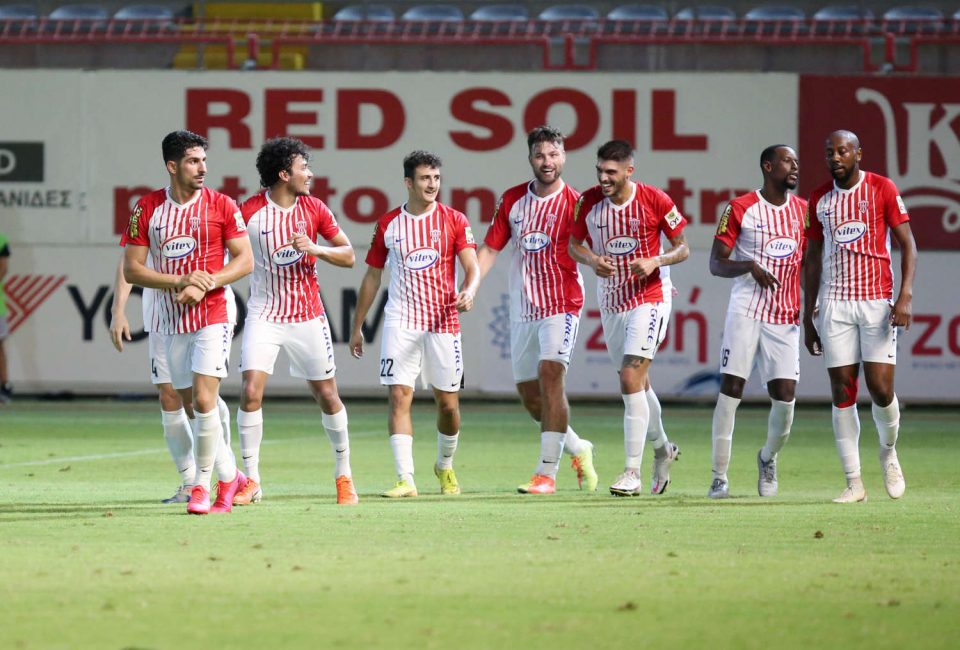 All seven games of the football championship will go ahead this week, including two already completed last night, despite last ditch efforts by Ethnikos Achnas and Nea Salamina to have their games against Apollon and Pafos FC respectively postponed  as a large numbers of their players have been infected by Covid-19.

The president of Ethnikos Achnas, Kikis Philippou, whose team has 17 players unavailable for their clash against Apollon, went on air on Friday saying the decision taken by the Cyprus Football Association (CFA) for the games to go ahead was unjust and did not take into account  what is best for Cypriot football.

Apollon’s spokesperson Fanourios Constantinou did admit that Ethnikos’ request for postponement was justified but his team was against it, as it meant that Apollon would have to play midweek games, something that has cost them dearly in the past.

Nea Salamina will travel to Pafos to face the local team with even more ‘casualties’, 22 in total, and the team sheet will feature largely Cypriot players under the age of 18. Only seven first team players have a clean bill of health.

President Thoukis Thoukidides questioned how a team like Pafos, with a direct interest in the outcome was allowed to vote raising also the issue of fair play that all teams are pontificating.

Finally, Nea Salamina’s president doubted whether the same decisions will be taken if this happens to other teams in the future.

Omonia, Cyprus’ only remaining representative in Europe, face a tough test against AEL, one of the better organized teams of the league.

Omonia’s coach Henning Berg will most probably rest some of his players who were involved in last Wednesday’s Champions League playoff game against Olympiakos giving the chance to some of his younger players to show their true worth.

AEL’s coach Ducan Kerkez will take his team to Nicosia for the third time since the season started, counting a win against Olympiakos and a defeat to Apoel.

Bunoza, Torres and Ghazaryan are expected to be available for selection while Euler, Avraam and Majdevac will have to undergo a late fitness test with the odds of getting the all-clear stacked against them.

Anorthosis will be looking to put the defeats against Basel and Apollon behind them against Nicosia-based team Olympiakos.

The least popular of the Nicosia teams is currently above the other two, Omonia and Apoel, in fourth place after a bright start to the season.

In the final weekend game, Ermis Aradippou, the first team to sack their coach after a 6-0 drubbing by Apollon, take on Apoel, who would predictably still be reeling from Thursdays Europa League shock elimination.

Apoel coach Marinos Ouzounides’ fate will rest on the outcome of the game, as it remains to be seen whether he will be able to galvanise his troops following their disappointing European exit.