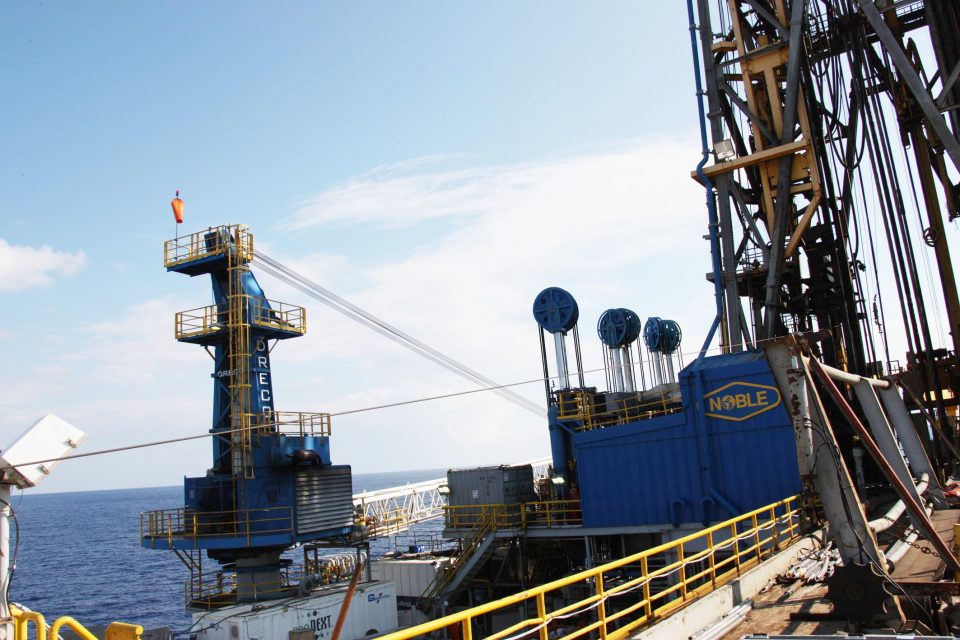 AT A time when the East Med is on a knife-edge, with Greece and Turkey about to restart discussions to resolve their maritime disputes – ostensibly about access to gas reserves – the world is moving in a different direction. BP says in its newly published ‘Energy Outlook 2020’ that the world is embarking on a more diverse energy future. It no longer is ‘business-as-usual.’ Transition to a cleaner energy future is already happening.

In the Outlook BP investigates how global energy markets may evolve during transition, and the key ‎uncertainties that may shape them. One of the scenarios it considers, net-zero emissions by 2050, is broadly consistent with limiting temperature rises to 1.5°Celsius, in line with the Paris Agreement. It is also in line with EU’s goal and increasingly with many other countries that are opting for ‎a greener future.

Global energy demand will carry on growing but not beyond the mid-2030s, as improvements in energy ‎efficiency accelerate. Increasingly the global energy mix will be becoming more diverse, with the centre of gravity shifting towards consumers and away from traditional oil and gas producers.

With an abundance of energy supplies, markets will become more integrated and more localized and competitive as the world electrifies and the role of renewables, hydrogen and biofuels expands.

The transition to lower emissions will bring about a decline in the share ‎of hydrocarbons – from around 85 per cent in ‎‎2018 down to 20 per cent by 2050. Oil consumption will not recover after Covid-19 and will fall down to 30 million barrels/day by 2050, in comparison to 100 million barrels/day in 2019.

Natural gas can ‎potentially play an important role during transition to a low emission energy ‎system by supporting a shift away from coal.‎ But even then, global gas demand will peak before 2030 and will then decline by a third by ‎‎2050.

With increasing electrification, renewable ‎energy will rise from 5 per cent in 2018 to 60 per cent of total energy by 2050. Wind and solar will be the fastest growing ‎sources of energy over the next 30 years, underpinned by continuing falls in ‎development costs.

By 2050 the share of electricity in total final ‎consumption will increases from a little over 20 per cent in 2018 to over ‎‎50 per cent by 2050. ‎But the intermittency associated with the growing use of wind and solar power means a variety of ‎different technologies will be needed to balance the energy system and ensure the ‎availability of reliable power.‎ These changes to the global energy mix will lead to carbon emissions from energy use falling by more than 95 per cent by 2050.

BP is warning that the world is on an unsustainable path and must achieve a rapid and ‎sustained fall in carbon emissions. This is likely to require adoption of a series of policy measures, led by a ‎significant increase in carbon prices, as for example is already happening in Europe.

All major European oil and gas companies, Shell, BP, Total, Eni and Repsol are adopting new strategies based on investing more on renewables at the expense of hydrocarbons, aiming to achieve net-zero by or before 2050.

The Outlook expects that the scale of the economic cost and disruption caused by Covid-19 is likely to have a significant and persistent impact on the global economy and energy system, caused by lasting behavioural changes affecting work and travel patterns.

Growth in global energy demand will come entirely from emerging economies, underpinned by increasing populations and prosperity and improving access to energy. They will account for around 70 per cent of energy demand by 2050, up from around 58 per cent in 2018.

An additional factor is that Covid-19 is leading to deglobalistion. The disruptions associated with this, together with the increase in trade disputes and sanctions in recent years, are leading to rising concerns about energy security, particularly in countries – mostly in Asia, but also Turkey – which are highly dependent on energy imports.

In response to this, countries seek to increase their resilience by becoming less dependent on imported goods and services, giving priority to domestic energy resources. This includes all fuels, including coal.

According to the Outlook, LNG trade grows substantially, increasing the accessibility of gas worldwide, leading to a more competitive, globally integrated gas market. This fast growth is driven by increasing gas demand in developing Asia as gas is used to aid the switch away from coal. But its success is dependent on prices remaining low, due to competition from renewables and coal.

Impact on the East Med

The Outlook clearly shows that achieving net-zero emissions by 2050 means that the era of oil and gas dominating global energy is coming to an end. Renewables and other clean energy sources, such as hydrogen and biofuels, will increasingly be providing the bulk of the world’s future energy needs.

The European Commission has just opted to raise EU’s carbon emission reduction target from 40 per cent to 55 per cent by 2030. If adopted, this will have profound effects on Europe’s gas demand, with studies showing a 20 per cent-25 per cent drop by then and more beyond.

These developments mean that gas prices will remain low in the longer-term, making it commercially difficult to develop and sell expensive-to-produce East Med gas to global markets.

Under these circumstances, can East Med gas exploration and development return to pre-Covid-19 levels? I do not think so. The global oil and gas sector is undergoing profound transformations. Of the IOCs operating in the East Med, Shell, BP, Total and Eni have announced plans – including massive staff and spending cuts – to reduce reliance on hydrocarbons and shift decisively to low-carbon energy.

This means massive reductions in exploration in risky, frontier, areas, such as Cyprus, is inevitable, giving preference to easy to develop oil and gas projects, easy to export and having high return potential.

The best chances for East Med gas are in regional energy markets. But that will not be easy and it would require resolution of regional disputes. The East Med should take a more realistic view of the future of its gas prospects and make better use of its vast renewable resources