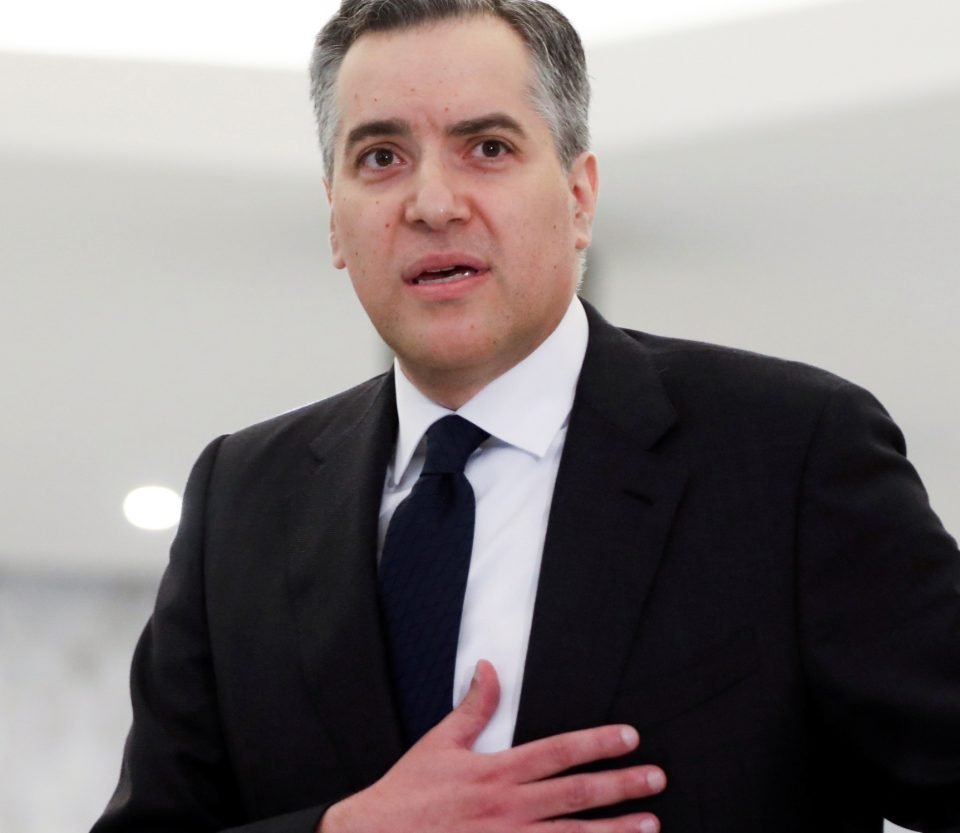 Hopes of a new direction dashed by traditional power struggles

Over a month ago Mustafa Adib was designated by the Lebanese president to form a new government. After struggling with existing political differences for a few weeks, he resigned last Saturday following deadlock over forming a cabinet.

In the wake of a crippling economic crisis and August’s devastating blast at Beirut port, the French-backed prime minister-designate had been trying to form a cabinet of independent apolitical specialists that would have focused on the much needed economic and political reforms.

However, it came as no surprise that he failed. The scenario is all too frequent in Lebanon and deciphering the enigma of what happened last week means digging deeper into the foundations of the Lebanese state.

The doorway to understanding Lebanese politics and how Lebanon came to be as a state is “the national pact”. This was an unwritten agreement in 1943 between politicians who supervised the country’s independence. The pact simply reinforced the sectarian system that already existed in Lebanon by dividing high-level posts between Christians and Muslims. Ever since, the Lebanese who claim that 18 religious sects coexist peacefully under the same roof have struggled to uphold this image. To make things worse the “Taef agreement” at the end of the Lebanese civil war 1975-1990 reinforced the existing differences and accentuated sectarianism. Christians and Muslims have always struggled to seize the upper hand in governing the country since 1943, taking turns whenever possible, depending on regional power shifts. Today, Hezbollah is trying to dominate the country and to a large extent it retains a leverage over others.

Over the decades, the reoccurring political quarrels often led to clashes and bore witness to the failure of the National Pact as a medium to stabilise the country.

But this is just the backdrop to what really prevented Adib from forming his government.

The French President Emmanuel Macron who fully endorsed Adib met with the Lebanese politicians in Beirut during his last visit in October setting the guidelines for a new government. All the Lebanese political parties approved it and promised to facilitate the Adib’s mission. However, this was not the case for the “Shia duo” of Hezbollah and Amal, the two movement which are both aligned with Iran.

Macron at a rare conference devoted to Lebanon, just a day after Adib resigned slammed the Lebanese politicians, accusing them of “betraying” their obligations and committing “collective treason” against what they agreed to before his eyes in Beirut.

“Amal and Hezbollah decided that nothing should change in Lebanon and I understood that Hezbollah refused to honour the pledge it made to me,” he said. “Hezbollah must not think it is more powerful than it is. It must show that it respects all the Lebanese. And in recent days, it has clearly shown the opposite.”

Hezbollah and Amal had insisted on retaining hold of the key finance ministry, a position they consider crucial because it allows them to hold onto the financial decisions in Lebanon. It is a tool they have used on many previous occasions to block their opponents and veto any decision they wanted by blocking public funds.

The Shia duo went even further and insisted on naming Shiite ministers to be appointed in the new cabinet, going against the apolitical nature of the agreed upon government.

This led to a deadlock that ultimately left Adib with one choice: to resign.

To some observers this may look like a domestic political issue that can be sorted out easily, but in reality, Hezbollah’s real agenda was never to let go of the keys to power in Lebanon. The Shia militia group secretary general Hassan Nasrallah made that very clear in his speech on Tuesday September 29. “Hezbollah did not commit to follow a random government and to hand over the country to it,” he said. He surprisingly added “we still support Marcon’s initiative but on basis of respect.”

Hezbollah, a strong ally of Iran, has always followed a clear strategy over recent decades in times of great regional changes such as the ones we are going through now. And it is “buying time” until something happens to change the status-quo. In today’s scenario the bet is on the US elections. Iran and its allies in the region are closely following the situation in America and trying to hold on to their regional “cards” until they can deal with the new or the returning US administration. Lebanon, a country largely influenced by Hezbollah, is considered one of their regional cards.

Meanwhile in Lebanon the failure of the “national pact” and the increasing divisions among the different components of the country have ensured the current governing system is expired. Calls for a new system of governance are increasing day by day. Their echoes seem to have reached the French capital.

“A new social contract must be reached in Lebanon, and the situation is dangerous in terms of security, economy and society,” Macron stressed in his conference.

Until that happens, the future of Lebanon amidst a dire economic and security situation can only be described in the words of its own President Michel Aoun who warned: “Lebanon is going to Hell if the situation remains as it is.”

Boy who fell from fourth-floor window moved from ICU, headed for recovery