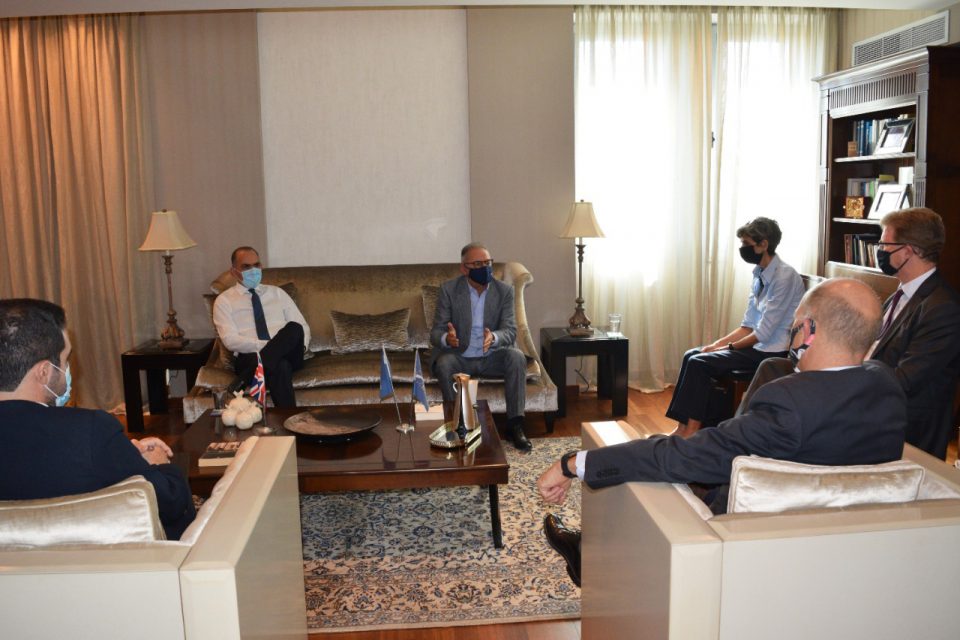 Developments on the national issue are coming, Disy leader Averof Neophytou said on Monday, after meeting the Britain’s top diplomats based in Cyprus, Greece and Turkey.

“We must seriously prepare because the Cyprus problem will enter deep waters. The Cyprus issue is no longer [just] between Turkey-Cyprus but it is a European and geopolitical issue,” he added.

Asked whether his comment was the assessment of the diplomats, Neophytou said: “This was my opinion prior to the general secretary’s announcement that developments are on the way, and is in line with our contacts and with the diplomats but also with contacts in Europe.”

He further highlighted the severity of the situation, stating that: “I believe it will be a last chance to try to find a solution to the Cyprus problem. A very serious effort on the part of the international community and the EU.”

The meeting comes two weeks after President Nicos Anastasiades spoke with UN Secretary General Antonio Guterres, with the former saying he is ready to pick up where talks left off in Crans Montana in 2017.