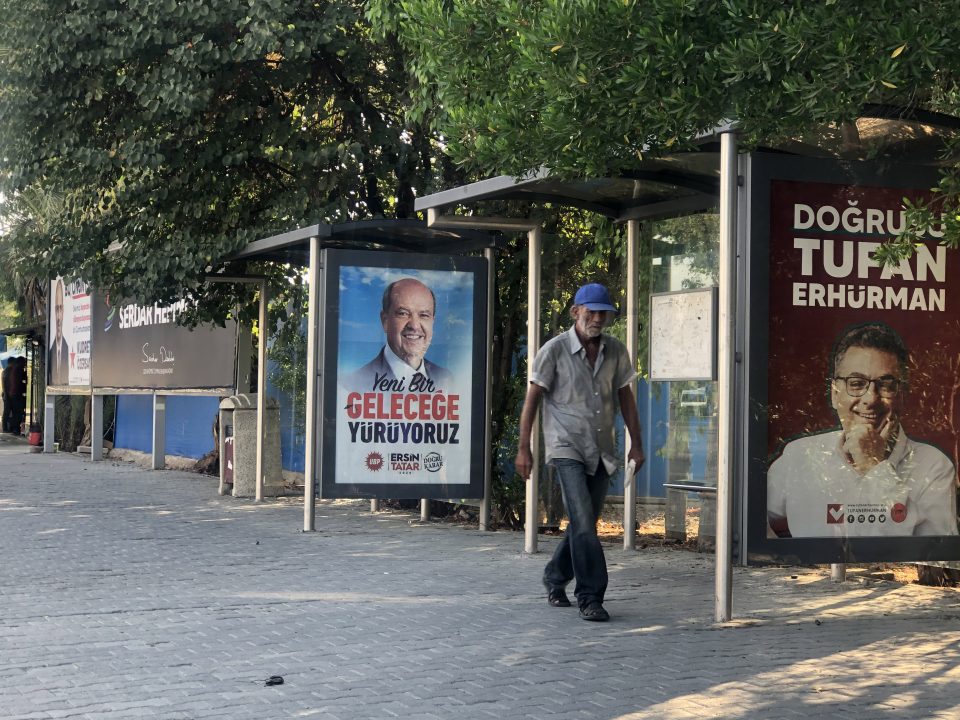 Turkish Cypriot ‘presidential’ candidates and journalists have expressed concerns over Turkey’s interference in the election process in the north and threats to press freedom, media reports said on Monday.

Some candidates, running in the elections for the new Turkish Cypriot leader slated to take place this Sunday, have complained over Turkey’s interference in the process.

The Turkish Cypriot journalists’ association (KTGB) also warned of interference in the media after the Turkish embassy in the north threatened to take legal action against those claiming Ankara is trying to influence the election outcome.

Less than a week before the elections, some candidates are openly accusing Turkey of meddling.

Turkish Cypriot leader Mustafa Akinci, who is running for a second term, reportedly said in a TV interview that in his 45 years in politics, he has never seen so much intervention by Turkey.

He reportedly said Turkey’s embassy in the north has been turned into a campaign team rallying against him. He added that deputies of the Turkish ruling party AKP and of the far-right Nationalist Movement Party (MHP) have been touring villages, campaigning against him.

Akinci also said pressure is being exerted on businesspeople either through threats or promises, while pressure has also been exerted for the withdrawal of candidacies.

He said he would say more in due time.

Independent candidate Serdar Denktash in a TV interview also said intervention is taking place and has called for joint action against such activity.

Denktash argued that the homeland and the state belong to everyone and it is the duty of the people to express their will.

Many in the north argue that Turkey is pushing for the election of ‘prime minister’ Ersin Tatar as the new Turkish Cypriot leader instead of Akinci, who has openly showed defiance of Ankara and who continues to support a bizonal, bicommunal federation as the solution to the Cyprus problem. Tatar and ‘deputy prime minister’ Kudret Ozersay are pressing for alternative solutions.

Turkish Cypriot journalists have reacted to a statement by the Turkish embassy in the north.

Havadis quotes head of KTGB, Sami Ozuslu, warning about interference in the work of the media.

“In our opinion, the embassy’s statement was a threat to the freedom of media in the north,” Ozuslu said.

The embassy’s announcement followed statements last week by some candidates, including Akinci, that Ankara was interfering in the elections in the north.

The embassy said Turkey would never accept being exploited for election purposes. It had said that attempts to describe the extraordinary efforts made by Turkey to address the economic recession in the north, the problems experienced in the health sector due to the pandemic and the smooth running of operations during a period where election bans are in place, should not be interpreted in any way. It warned that legal action would be taken against those who are making such claims.

KTGB had said in response that discourse targeting media organisations and press members have increased during the election process. They said that threatening a critical press with legal actions by using the power of the state casts shadows over freedom of the press.

Value of bounced cheques half that of last year’s