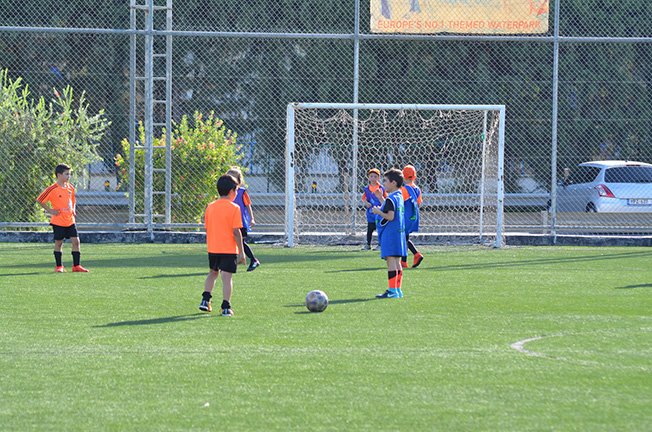 Football academies in Larnaca and Famagusta have blasted a health ministry decision suspending training and matches for youngsters aged under 18 for two weeks as unacceptable and unjustified.

The restriction, that applies only to the two districts, came into force on Monday as part of efforts to contain the spread of coronavirus. Authorities are particularly keen to tackle several clusters that have emerged in the Larnaca and Famagusta districts, that include outbreaks at three football teams.

The prohibition on training and matches applies to sports such as football, basketball, volleyball, and karate.

But the football academies in the two districts said the number of cases does not warrant a ban on their activities. They are calling for authorities to find alternative solutions that will allow them to continue to operate, if necessary with additional safeguards.

In a letter to the president of the House of Representatives, MPs, the health and labour ministers and the Cyprus Football Association, the academies said they were surprised that because of “isolated cases in a specific geographical area”, it had been decided to suspend all group sport activities involving thousands of youngsters aged under 18 in the Larnaca and Famagusta districts.

“We consider the decision to completely suspend our activities as unacceptable and unjustified, given that our young athletes participate normally in other activities where there is congregation of a lot of people (schools, tuition centres etc.),” they said.

The academies said that they have been cooperating and adhering to all the protocols and could take additional measures if asked. Instead, authorities had opted for the harshest measure, depriving thousands of youngsters of the right to sport, even if this is being carried out in large, open areas, they added.

As part of the additional measures, police, health ministry and deputy tourism ministry inspectors are also stepping up their checks while 3,000 targeted Covid-19 tests will be carried out.

The Cyprus News Agency reported that there are seven coronavirus clusters in Larnaca and Famagusta with 129 positive cases. The biggest, that linked to Ethnikos Achnas football team, numbers 43. The Nea Salamina cluster numbers 25 while that linked to Larnaca Bishopric numbers 25. Eleven people linked with a third football teams, Asil Lysi, have tested positive as have nine people linked with a coastal hotel and eight with a Phinikoudes restaurant chain. The seventh cluster is eight strong and is linked with two Larnaca General Hospital nurses.

Five pupils have also tested positive in the Larnaca district and two in the free Famagusta areas.

Covid Robocop: The droid that reminds you to wear your mask