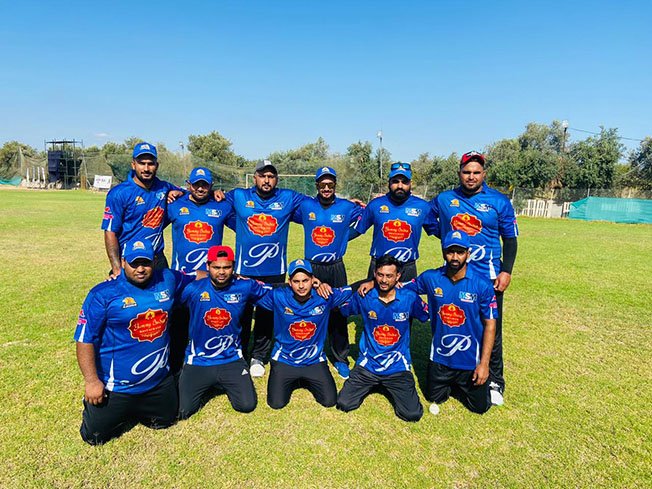 Punjab Lions CC will take on Riyaan CC in a mouth-watering 2020 CCA #BAOFinancial T20 Cup Final on Sunday, October 11 – with both teams looking to create history for themselves.

A competition that was supposed to begin in March but had a delayed start in June due to Covid-19, comes to a climax between arguably the two best sides in the competition.

Both the unbeaten teams are looking to be crowned champions of Cyprus Cricket for the first time.

Both the teams have swept all before them this season, staying unbeaten in the league and winning the European Cricket Series held in July (won by Punjab Lions when Riyaan did not participate) and in August (won by Riyaan in the absence of Punjab Lions). This Sunday’s final promises to be the big showdown.

Both sides had little trouble reaching the final as Punjab Lions registered a 28 runs win over Moufflons CC while Riyaan CC confirmed their place in the final with a 68 runs win over Sri Lankan Lions Limassol CC.

In the first semi-final, Moufflons, after winning the toss, decided to field first. Murtaza Yamin and Waqar Ali combined well to reduce Punjab Lions to 40 for 2 at the end of the power play. However, Zeeshan Mehmood (79) anchored the innings well and received good support from Harvinder Singh (25), Tejwinder Singh (20), and Kulwinder Singh (24) as Punjab Lions finished on 188 for 6 in 20 overs.

In reply, Moufflons started brightly and at the end of the power play were 49 for 1. However, some tight bowling in the middle overs by Neeraj Tiwari, Kulwinder Singh, and Tejwinder Singh resulted in the asking run rate climbing up to 13 runs per over with 8 overs remaining. Tejwinder and Kulwinder finished with 3 wickets apiece as Moufflons were bowled out in the 20th over for 160. Zeeshan Mehmood for his match winning knock of 79 was the man of the match.

In the second semi-final, Riyaan were put in to bat by Sri Lankan Lions Limassol, who contained the free flowing Riyaan to a gettable 168. Captain Nalin Pathirana’s effective use of spinners – who bowled half of the overs in the innings – suffocated the Riyaan batsmen as they found the going tough. With Riyaan struggling at 80 for 5 at the end of the 11th over, Yasir Mehmood’s knock of 25 and Tayyab Bashir’s 48 batting at number 8 helped Riyaan reach 168 as they were bowled out in the 20th over. Kamal Raiz with 3 wickets was the pick of the bowlers for the Lions.

Sri Lankans’ reply started disastrously as Riyaan bowlers Tayyab Bashir and Sibtal Shah bowled with hostility and purpose and reduced them to 13 for 4 in the first 4 overs. Sadun Chamal (51) and Tharanga (21) in a fifty partnership then took the game to Riyaan’s bowlers. However, Tharanga’s departure in the 14th over with the score on 94 changed the game in Riyaan’s favour as Sri Lankan Lions collapsed to 100 all out in the 16th over.

Sibtal Shah was the destroyer in chief with his 5 wickets and received brilliant support from Man of the Match Tayyab Bashir who followed up his batting by taking 3 wickets.